Most of the time we get to hear about terrible deeds by our countrymen which evokes a doubt against humanity but to know the fact there is also full of benignity hidden among some people in our country which are worth knowing – a reason to never lose our faith in humanity. Good things do happen everywhere. There is a story of a man leaving his job to set up school for homeless kids, our Indian army sacrificing their lives to save people, a story about how a man helps a lost boy admitted to the hospital and helps him united with his family, and the list goes on.

Here are some incredible moments captured in these powerful photos. Some are random act of kindness, some are griefs, some are heartwarming, but all will leave you in tears.

1. This man took around fourteen to fifteen poor kids to McDonald’s with his first salary and had a happy meal with them. What a kindness! 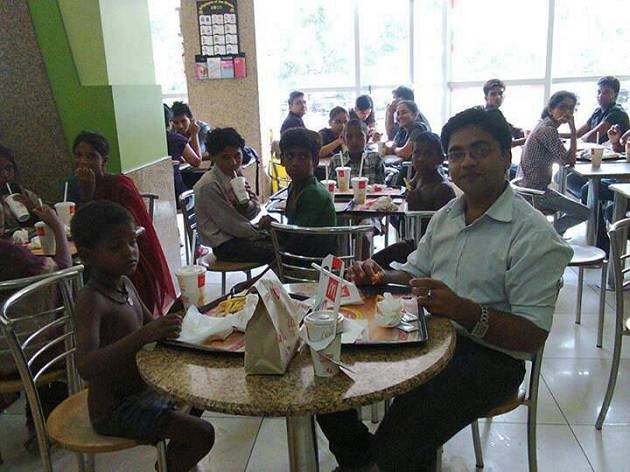 2. A rickshaw puller takes his baby girl to work because her mother passed away and there was nobody to take care of her. 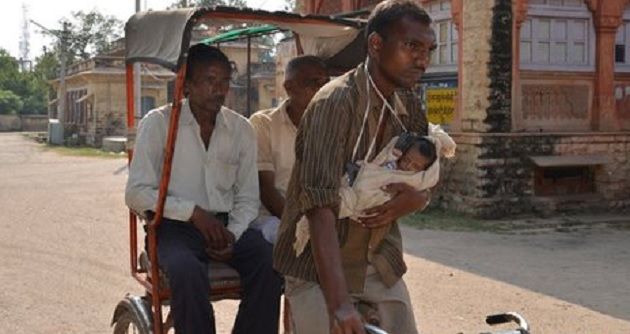 Many homeless people in Delhi sleep on streets during winters because there aren’t any shelters for them. 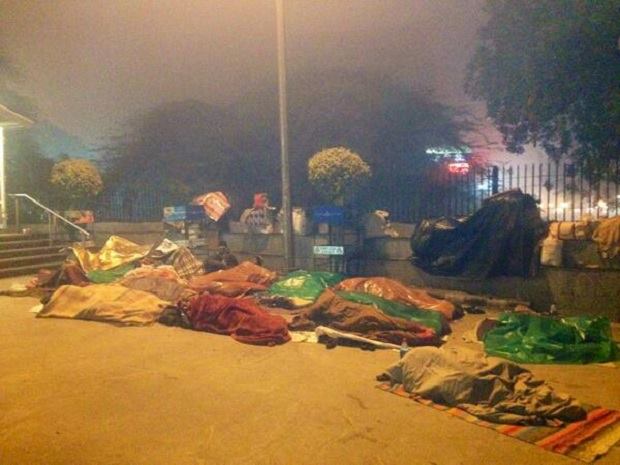 4. An Indian Army carrying an old woman during Uttarakhand flood disaster in 2013. 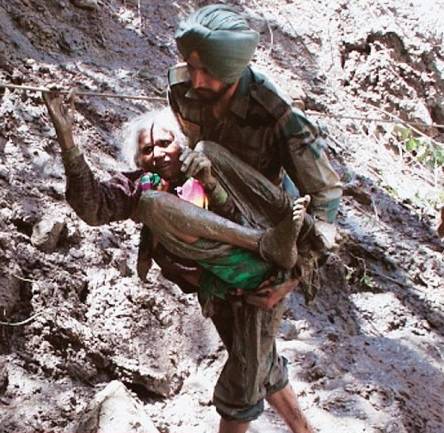 5. Our Indian Army always serves for the nation. RESPECT! 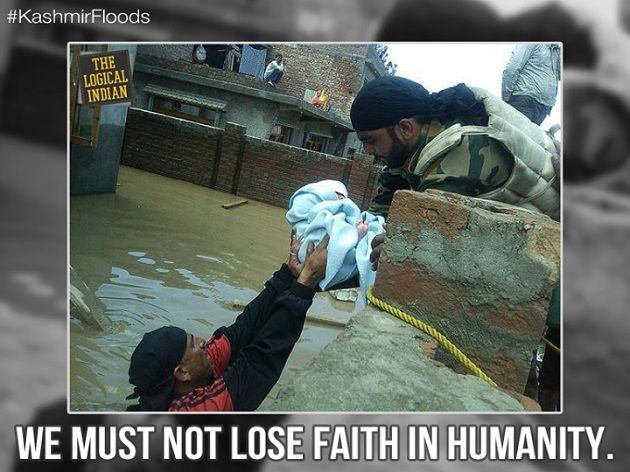 6. This dedicated school teacher who swims through a river everyday to reach to his students.

Malik is probably one of the best teachers in India. For him, it’s all about students! 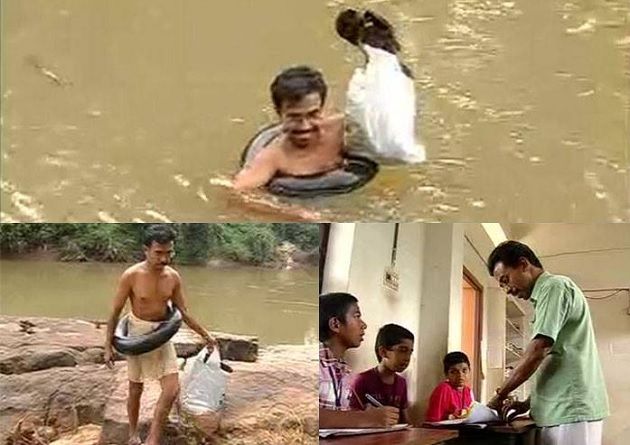 7. A mother’s love and sacrifice for her kid. 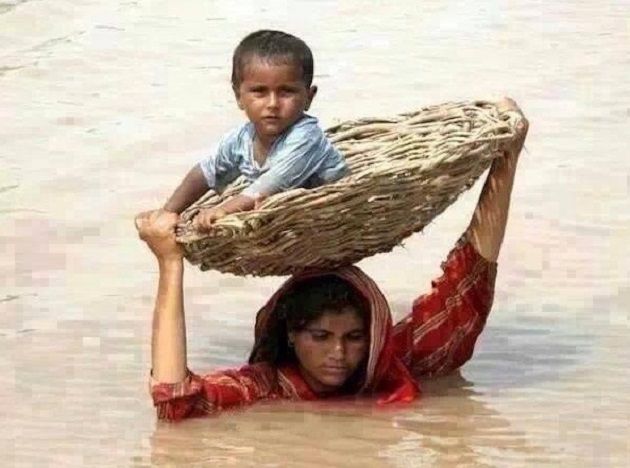 8. This poor little girl is not fortunate as other children who can afford to go to school. But, that doesn’t stop her zeal to get education . There’s always a way out! 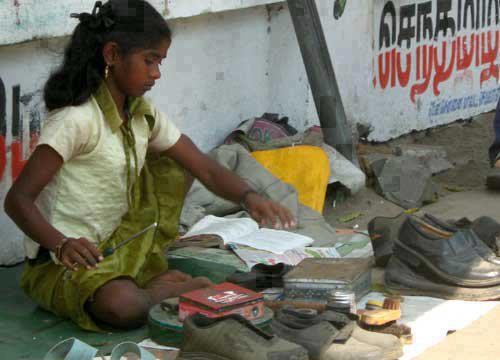 9. This little boy too. This picture tells a lot about India, and you must have probably heard – ‘The Two Sides Of India’. 10. Consider yourself privileged enough! See how these dedicated students work for the better future.

Dear Mumbai government, please create a library with no fees for poor students. 11. Homeless boy shares his food with a stray dog. 12. And a man shares his blanket with a dog in chilling winter. 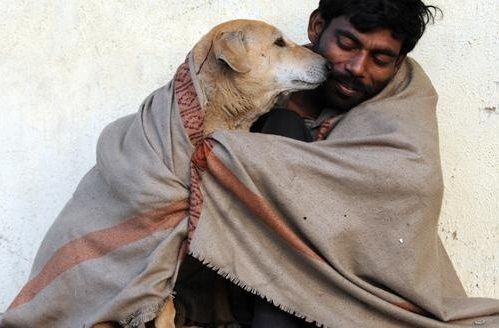 13. Mother dog rescues her baby during flood in Kashmir in 2014. 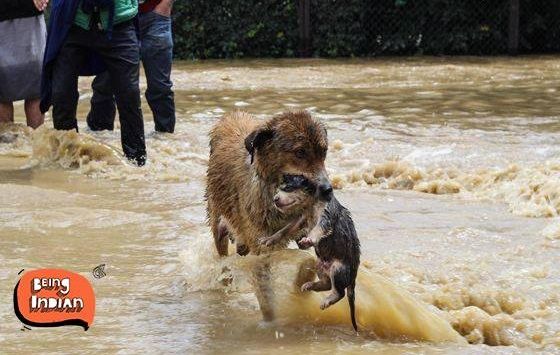 14. Man saves stray cats  from a deadly flood by carrying them in a basket on his head, in 2011 in Kolkata. What an awesome heroic guy!

15. Milk seller stopped on his way to feed these stray kittens. 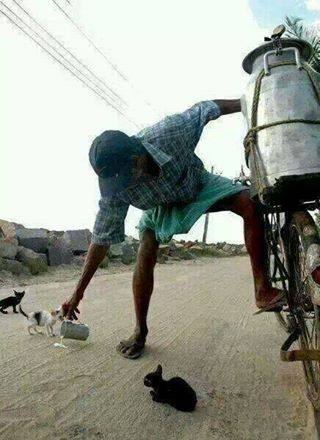 16. A girl shows her care for a stray dog during a heavy rain in Mumbai. 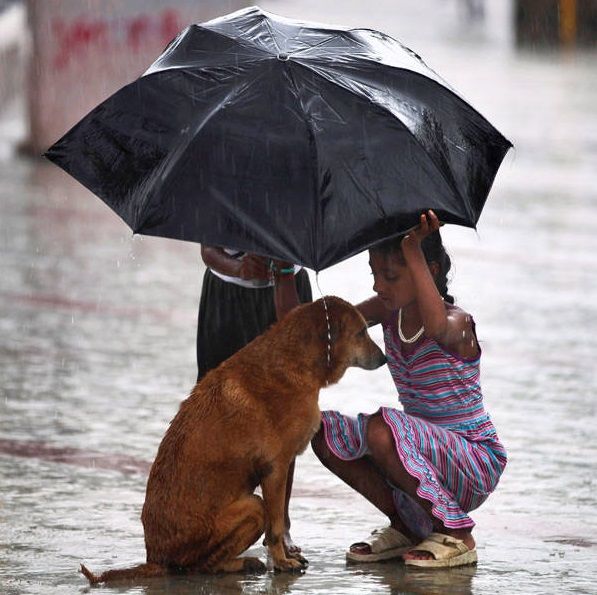 17. This man spent 20 years to build a road for his community without any support from the government. What he did was – dig the huge mountain and make a road in between. SALUTE! 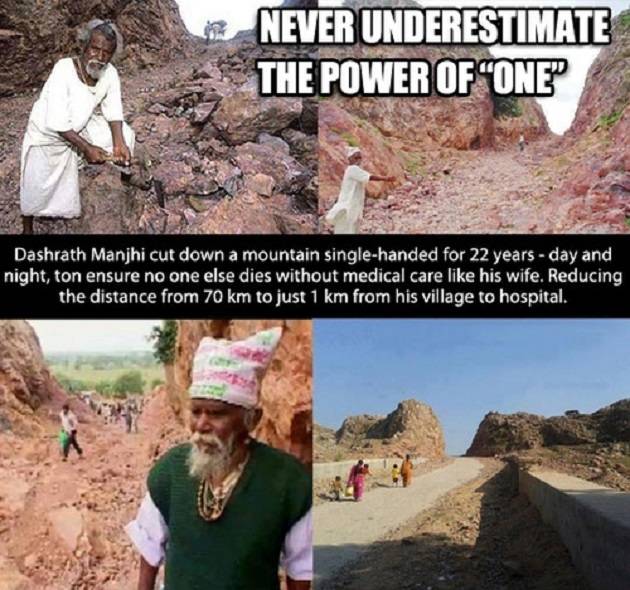 18. A police officer showed his kind gesture by buying a shirt for a poor homeless girl. 19. This man helped unite a missing homeless boy from northeast with his family through facebook. He found the dying boy on a street in Bangalore, and instead of ignoring him, he took the boy and admitted him in the hospital. 20. This moment when a crowd of more than fifty people lifted a bus in Pune to rescue two students who were trapped under the bus. 21. This 83-year-old woman from West Bengal who refuses to beg and fights for dignity by selling fries on a street. 22. This photo of a one-legged man riding a rickshaw shames all lazy people. 23. Always help people who are less fortunate. Trust me, it doesn’t cost you much to make them smile. Like this boy who shares his water with homeless people. 24. This truly defines ‘the real meaning of education’. If a picture speaks one thousand words, this one speaks one million words. BONUS: 17 Photos From India That Will Make You Think…And Question Reality