Walking on the road side and you suddenly see an incredibly funny scene, you really can’t resist taking out your smartphone and capture that moment.

Well, some photos are taken at the right events with perfect timing and they accidentally turn into optical illusions, and they become unbelievably stunning, hilarious, and worth sharing.

These photos are so amazing that you have to think or look twice to understand, and some of them will make you ask yourself – ‘how is this even possible?’ or ‘how on earth did that happen?’.

Here are some completely real photos from India that will make you wonder…always!

Possibility: The bike might be ridiculously strong or these handsome South Indian boys just put the bike inside the already broken bus for some photoshoot? 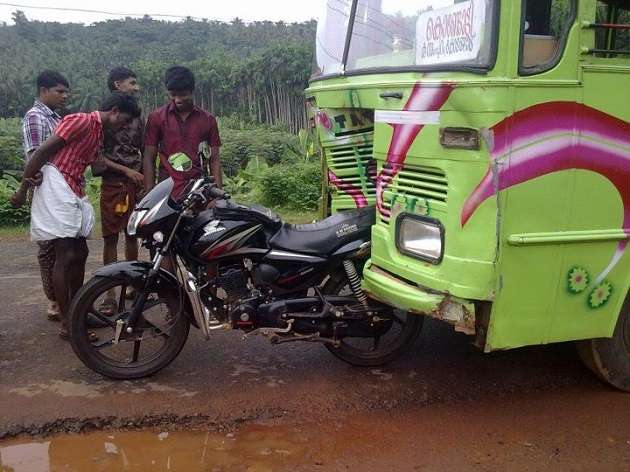 2. How on earth could the dog land on top of this? 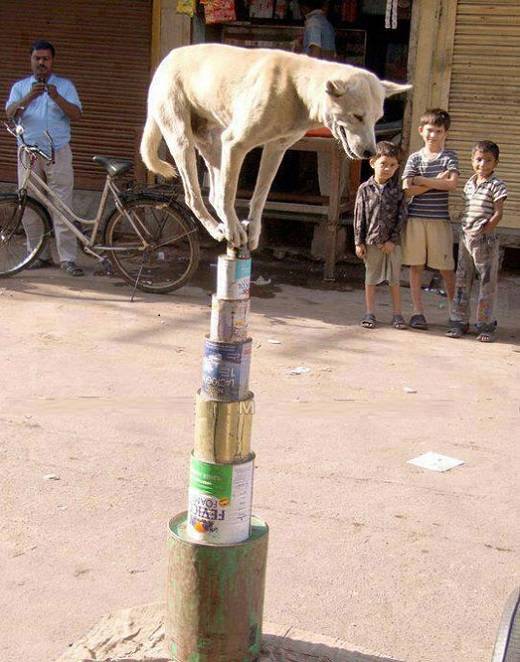 3. Stupid buffalo walking on the roof like a boss? And how could that roof support his weight?

Possibility: He can fly? 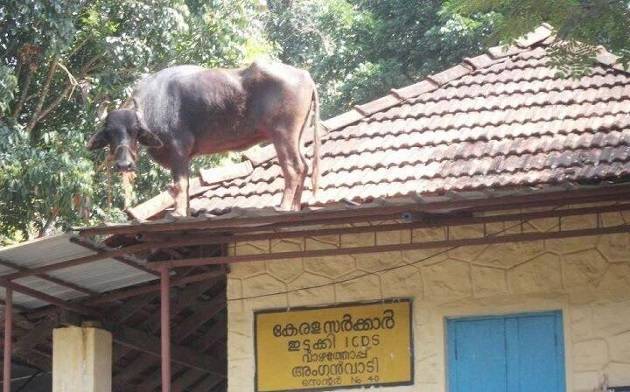 4. From where and how did this poor cow land there? 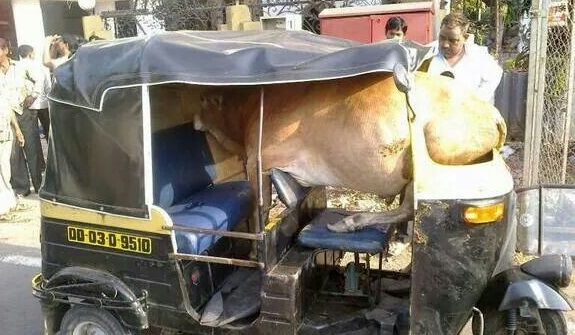 5. Cow riding the bike or is it the man?

Sometimes cows can be mysterious! This one is a pet animal too. 6. This man carrying over 100 bricks on a bicycle. Can you see his head? 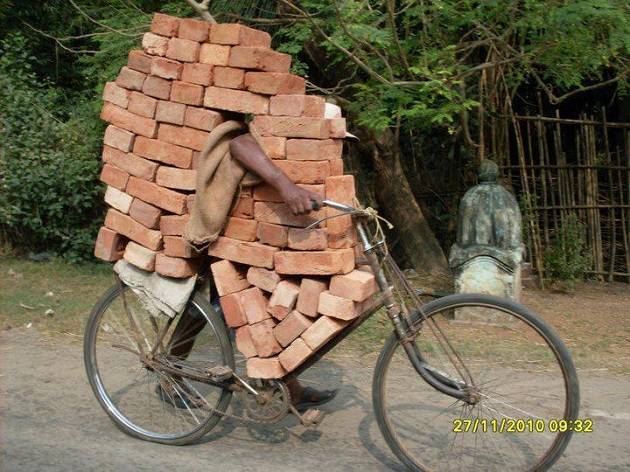 7. And this balance! He could probably set a world record right there. Mind = blown.

8. This is probably one of the best ‘perfectly timed photos’ you will find on the internet. 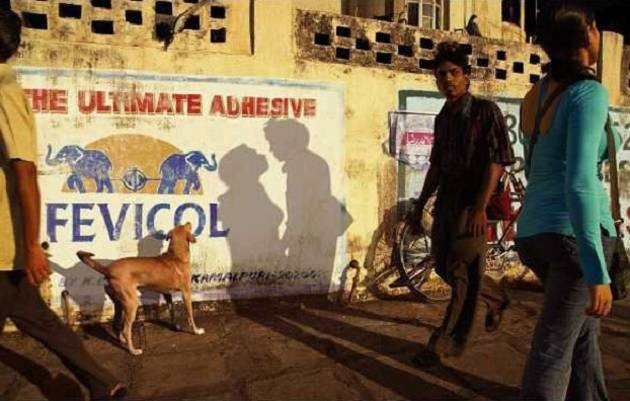 9. Something is wrong in this image. Can you find out?

Well, it’s architecture failure! The engineer screwed up his one job. 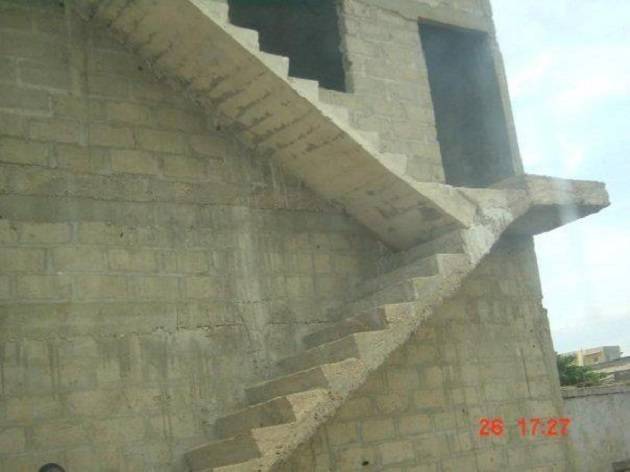 10. If you can crack his magic trick, then you are truly a genius. 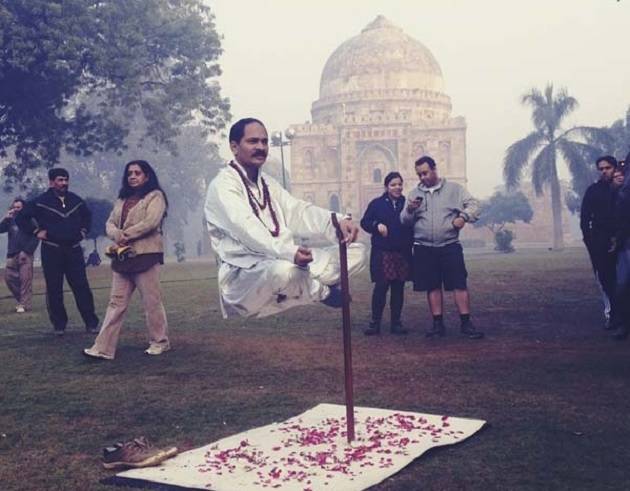 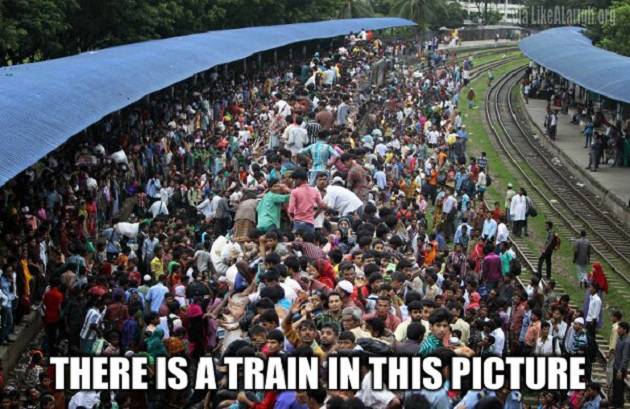 13. But, what’s the point? Anybody can take your broom. 15. She didn’t know and took help from the audience.

And she won Rs 10,000! This is one of the most funniest moments in KBC so far. Well, the answer is C. Internet Explorer…LOL! 16. How could she do that? One more reason why I don’t like government banks.

Possibility: She accidentally opened the game page and could not close it? 17. And never, ever underestimate the power of a common man in India.

If internet rumors are to believed, the driver was not paid his monthly salary, so he parked his owner’s car like this and quit his job. Follow @DailyMoss
Homepage » Fun » 17 Photos From India That Will Make You Think…And Question Reality. #9 Is Crazy.