Check out these offensive, dumb and crazy billboards, posters, and print advertisements from the previous years.

*This article was originally published in 2015 but the ads are still hilarious.

1. When salary of a chowkidar is more than that of a lecturer. 2. When The Hindu fan trolled The Times Of India in a hilarious epic way. 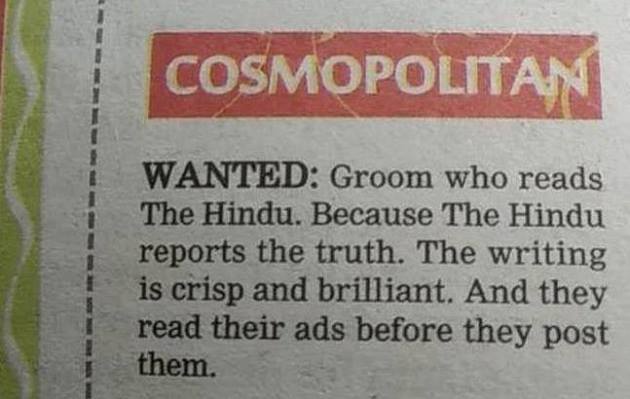 3. When maids are more important than diamonds for a wife. Shame on them. Business has more value than humanity. 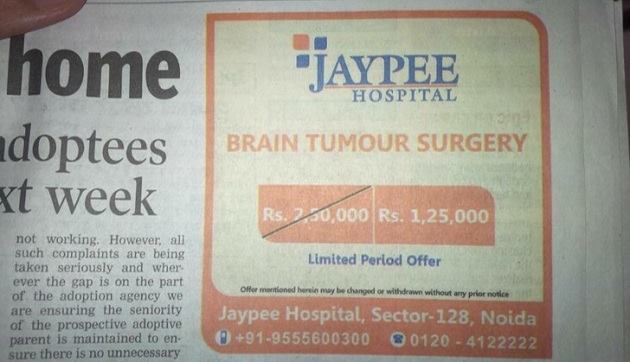 5. When a copywriter at Britannia PISSED everyone off.

Golden shower meaning: Act of urinating on someone. 6. Trust me, you won’t get this guarantee anywhere in this universe. 7. When Deepika Padukone was so fed up of doing clothing, feminism, and jewellery ads and thought to try something different. 8. When the government failed to promote desi COW. 9. When getting married means only ‘cooking and cleaning’ for a woman. 10. When a hair tonic is so strong and effective that the hair even starts growing on your nose. 🙂 11. When Triumph came up with the weirdest tagline to pamper their dads.. 12. When a reputed landlord seeks a wife for his son. 13. And let’s all stop unnecessary honking from 2016 for a noise-free year ahead. Follow @DailyMoss
Homepage » Fun » Here Are 13 Of The Most Ridiculous And Hilarious Indian Ads They’re CRAZY.