Are you one of those women of today who is totally independent? Earning for yourself, without needing a ‘husband’ to look after you? Or are you among those who find it hard to believe that women can live happily till their end without the blessing of the holy matrimony? Here are few of the many reasons why some women find marriage a sham…

1. One is not the self anymore.

One’s identity is taken away. One becomes a changed person from what one was for the first 24 years of one’s life and be renamed from Ferida Pereira to Ferida Jamna. What’s in a name sweetie? One still remains an outsider!

2. How one naturally looks is not considered beautiful enough.

One will be made to undergo excruciating pains through beauty treatments. Sweetheart, you think you are pretty but God knows lots of work need to be done! All that hair? Come on! Don’t you want to be ready for your hairy husband all hairless and polished head to vagina to toe??

Each person around will try best to make one feel like a queen at ones wedding. From designer dress to shoes, one is made to look the best on wedding day. But. don’t fall prey to all these glitters because all that glitters is not gold! It is all only a minor compensation offered such that one does not complain later! It’s all really a conspiracy. 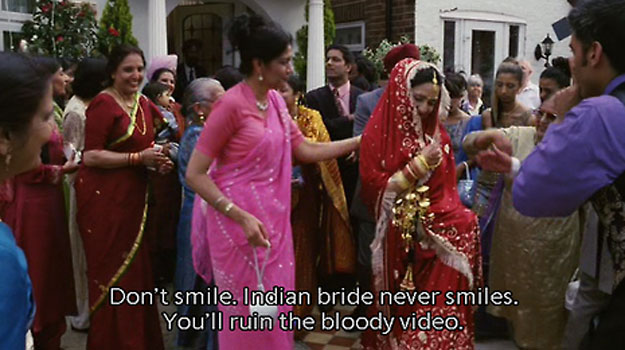 4. One is made to be ‘marked’ as ones husband’s property.

One will be made to adorn all kinds of jewellery, mark one’s forehead and what not! Just to prove to the world that you are taken. See the thing is, these markers make sure one stays away from other men. It’s dishonourable to go after another man’s property. And no way can one be trusted alone without these markers to scare off the other men!

5. One is a mere substitute for the household chores.

The patriarchal society wants its sons to get married because oh! The old mother needs some rest finally. It does not matter if one is a working woman who may be working harder than the husband and earning more. The responsibility of the household chores you see rests on a woman and a woman only! What?! To suggest the Pati Parmeshwar do some housework instead?? Out of question lady! 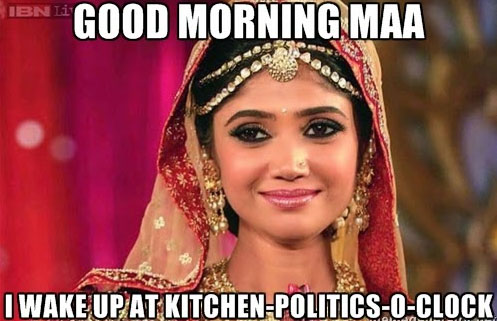 6. Marriage is the rental procedure for the womb.

It is allowed for one to have as much sex as ones husband wants (careful now, applicable for a woman only after marriage) such that the lineage can be carried forward. No, of course not yours dear! Your husband’s. Doesn’t matter if it was you who gave birth to the child. The child is of your husband’s family. You are still an outsider!

7. Being gay is not ‘Indian Culture’.

Did you just say that you are gay??? Have you gone crazy?? Don’t you know being gay is not allowed in our “Indian Culture”? Were you deaf when this party was shouting we need to save the Gaaye (cow) not gays! You better get married now (to a man!!) if you do not wish to be killed off secretly. 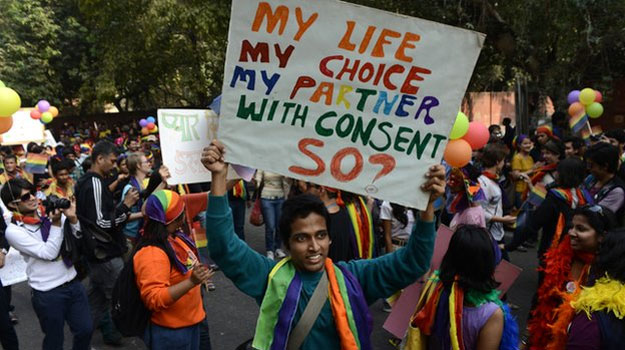 Now, if any of you woman fellow gets an opportunity to get married in such a fashion that all the above points become void for you, I can bet my life on the fact that you may just be entering the best marriage deal ever! Go ahead and grab this opportunity. Enjoy your life. Peace out!