India plays better cricket than Pakistan. India is the first country to send satellite to Mars Orbit in first attempt. India has the third largest armies in this universe. India is scientifically and economically more advanced or developed than Pakistan. But none of the above makes Pakistan fear India. Pakistan is simply fearless and they excel India in terms of many fields. And do you know that Pakistan’s literacy rate has grown up unbelievably by 250% and also the world’s youngest Microsoft certified experts are from Pakistan?

India despite being a powerful country should never ever dare to mess up with Pakistan because of these:

1. Manliest way to remove dead tooth! Dentists are not supposed to work like this but this dude is completely fearless and so is the patient… 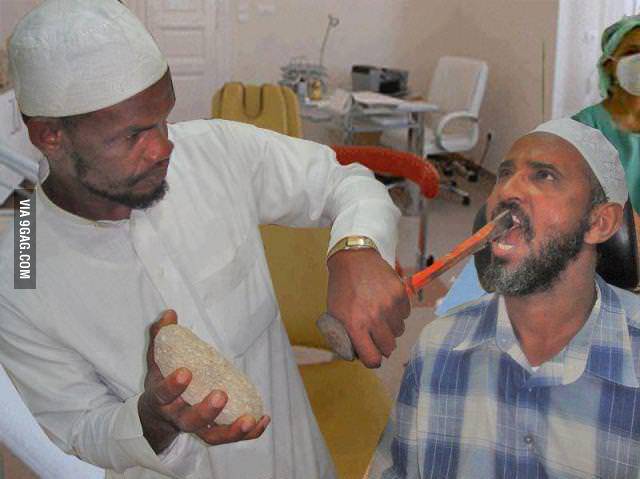 2. This man feeds crocodiles with his bare hands. 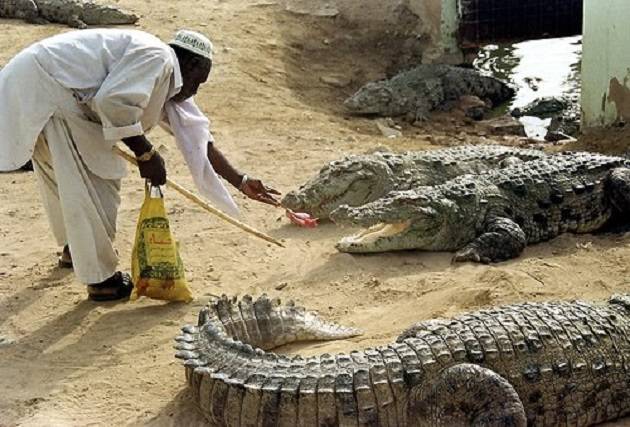 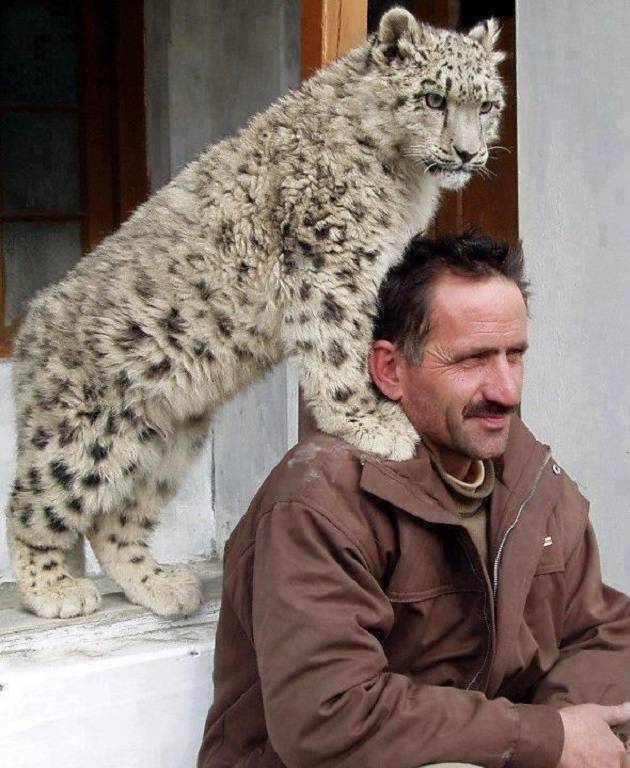 4. Cats and dogs are too common! How about wild bear? 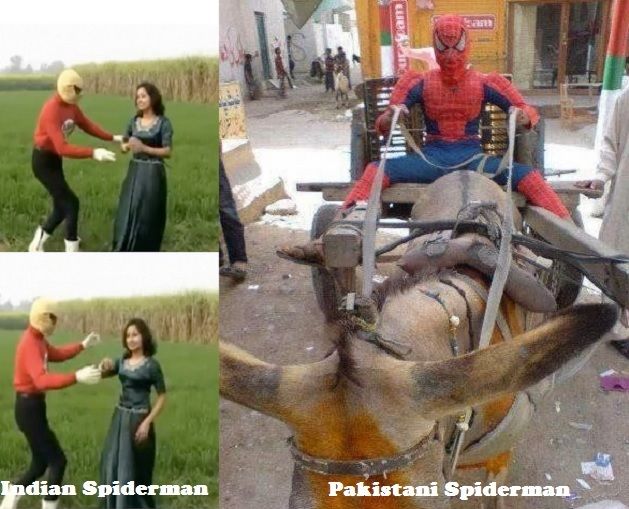 But unfortunately, and for some unknown reason he was later caught by the police. 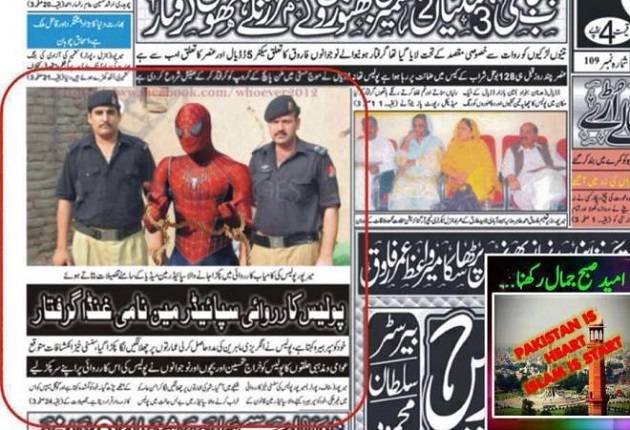 6. This is not that unrealistic Hollywood movie about colorful robots. Here, we are talking about the real transformers. 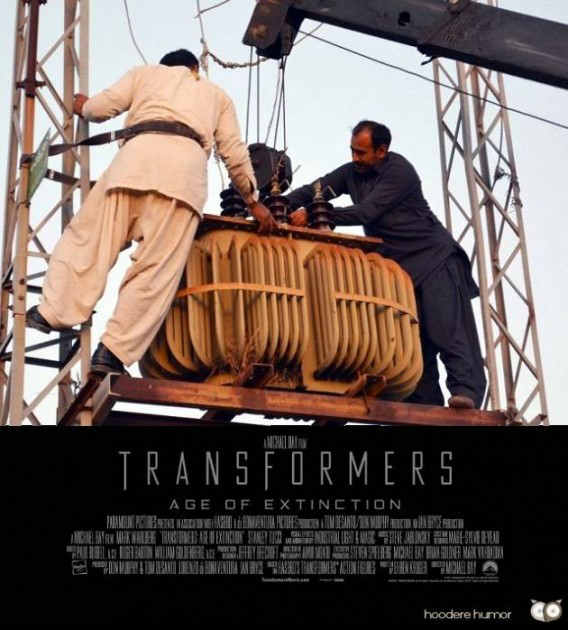 And the sequel happened! “Pakistani Transformers: Revenge Of The Fallen” 7. Sometimes in Pakistan, fighter jet can land up on roads from nowhere. 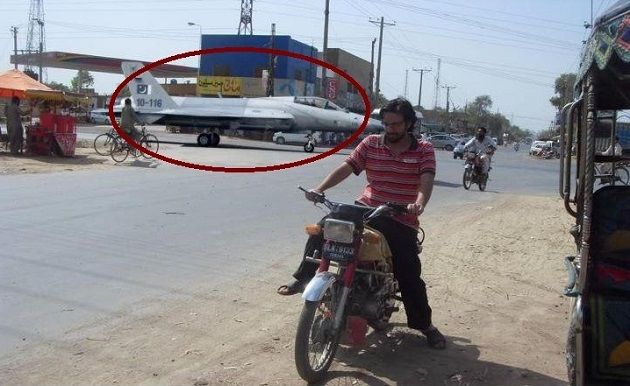 8. Because riding a normal bike is too mainstream. They always find something unique. 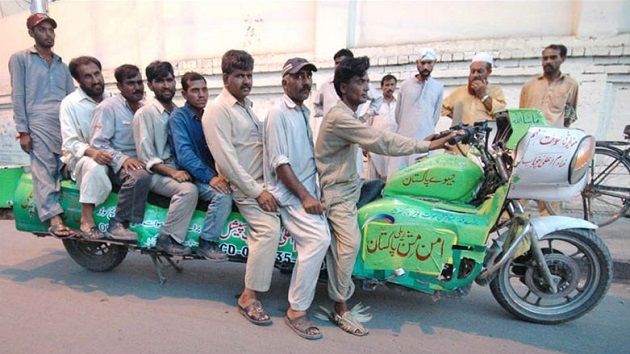 9. Because our Bollywood-style wedding is just too filmy… 🙂 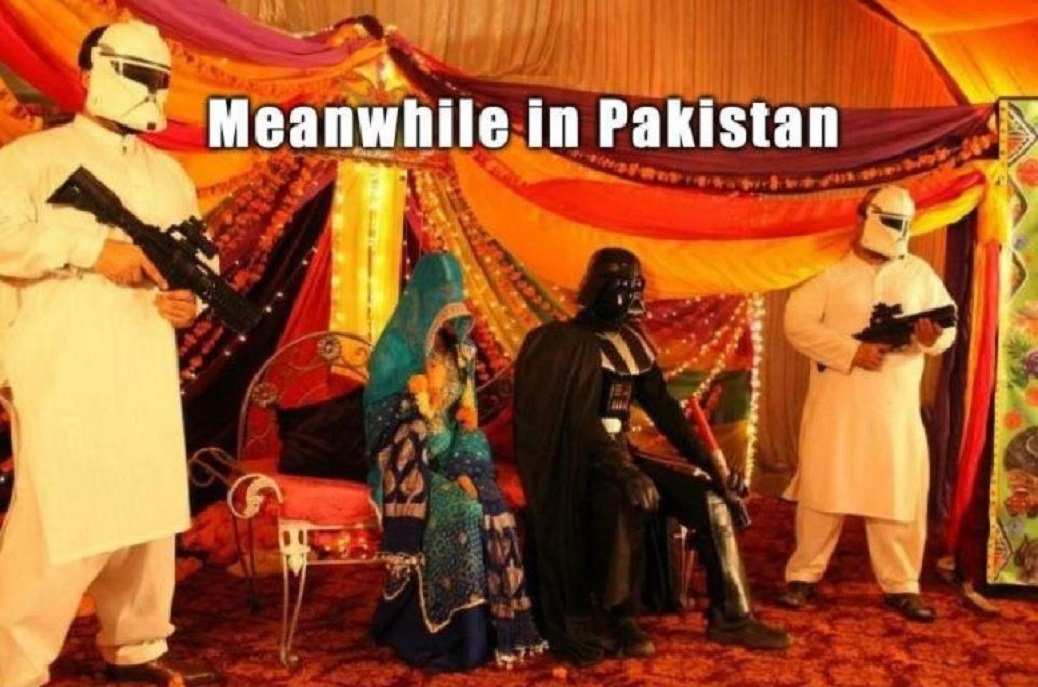 10. How did they get the cars on top? Don’t be surprised when Pakistanis land on the moon soon! 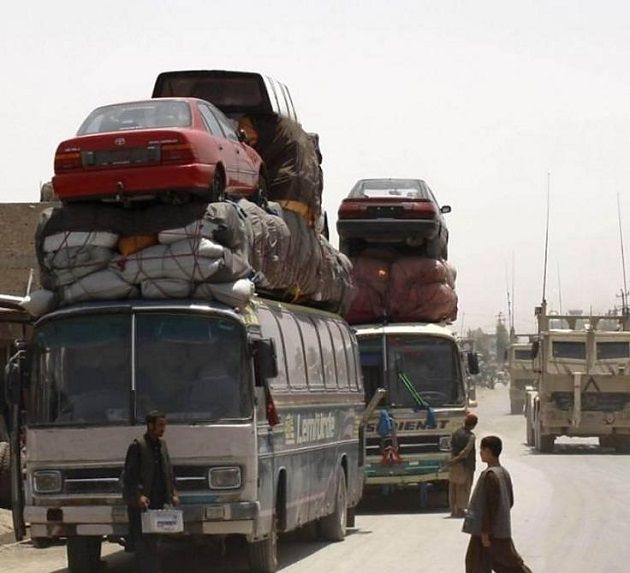 11. They don’t fear dead.  And that movie ‘The Hurt Locker’ is too exaggerated. See, their bomb-disposal expert needs only one scissor to get the job done. 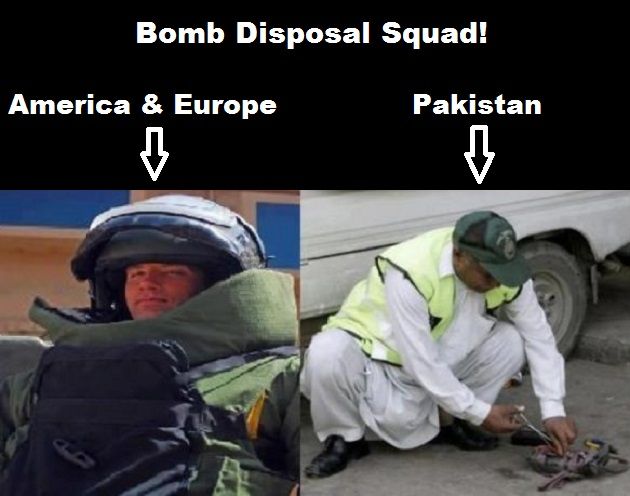 12. Pakistanis are also known for their good health and strengths. See these men pushing a huge train… 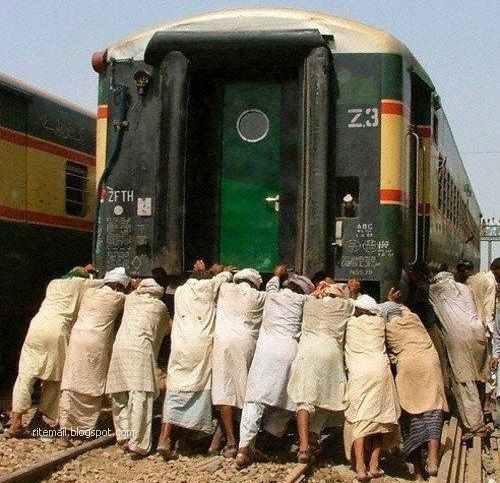 13. They also have the 6th largest military force in the world, but sometimes their civilians can be too dangerous and they can’t handle them. 14. They are also really good in sports. Have you ever seen a man playing snooker sitting on a donkey? 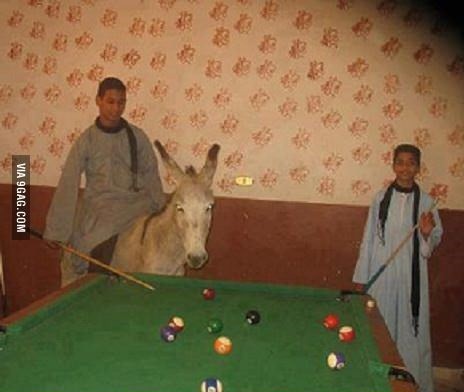 15. And they are also known for their longevity. Pakistanis do follow a healthy lifestyle. Everyone grows old together! 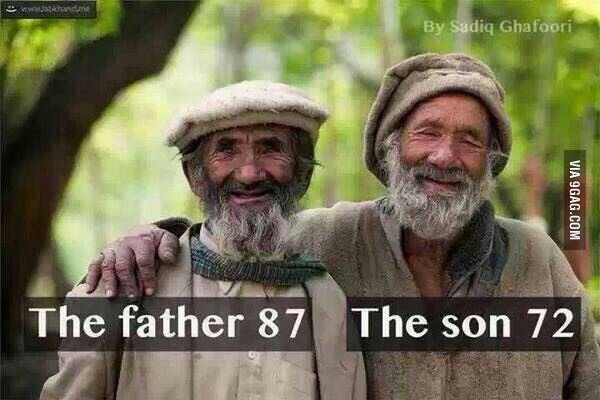 16. Who needs a windshield when you have a floor wiper? Basically, they have a solution to every problem. 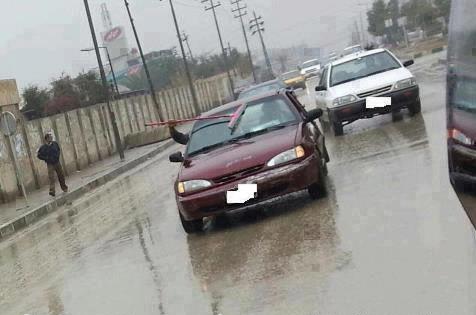 18. They love to experience exotic food – like this ridiculously huge roti. 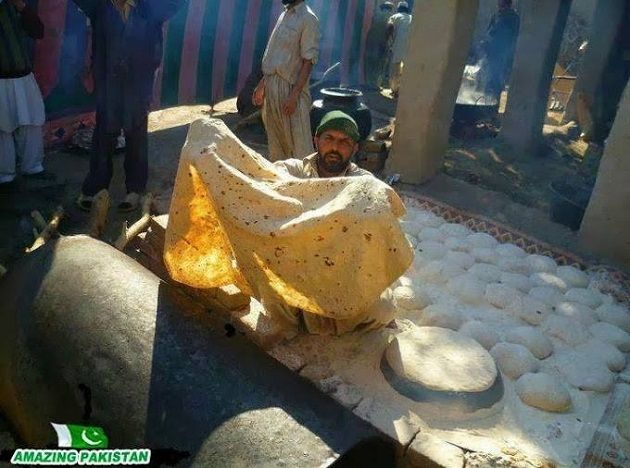 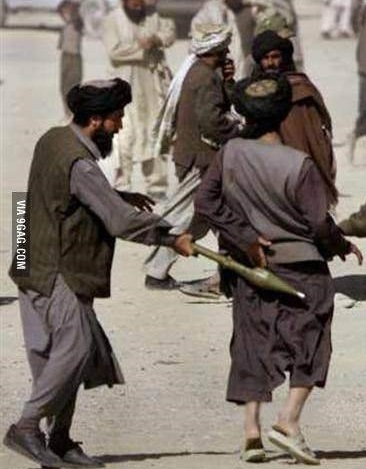 20. Also know this fact – Pakistan has one of the best trained air-force pilots in the world. See how they are trained… Fact: Pakistan has the 7th largest pool of scientists and engineers in the world. 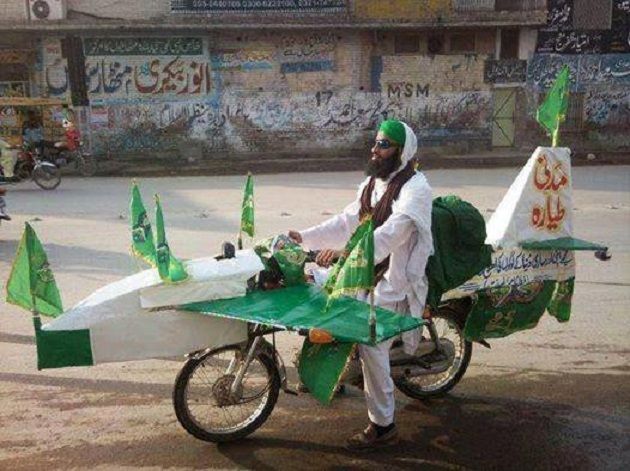 Watch out India! Now, after reading this, you must be extremely afraid. Aren’t you?