This is not a reference to a new movie by Steven Spielberg, but a list of 7 real horrifying destinations on that will make you shudder.

You will need more than courage if you decide to visit them.

1.  The Door to Hell, Turkmenistan

This 230-foot-wide crater in the middle of the desert near the village of Deweze is quite impressive but scary. According to Taoists, it is the portal to hell. 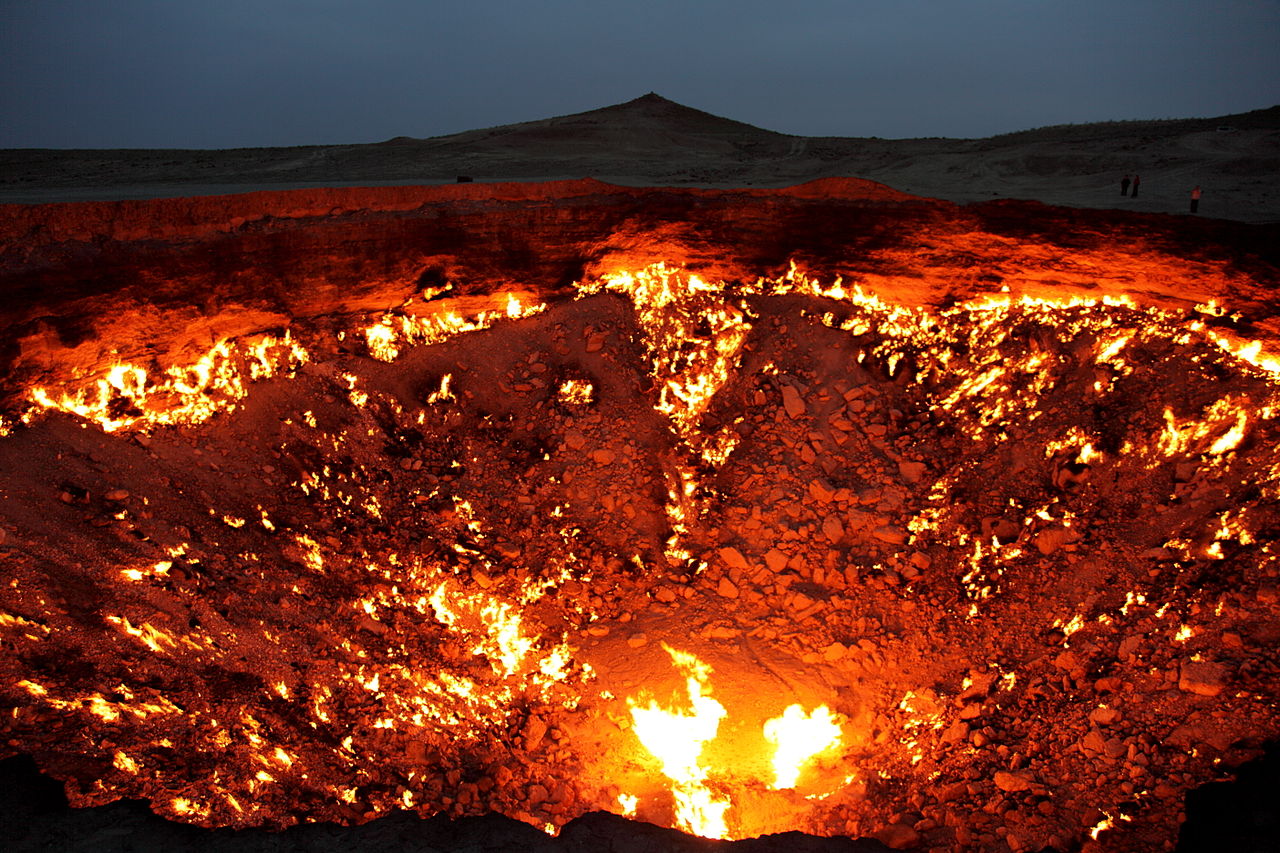 The locals call it “the best place for a suicide”. This forest is the second most popular place for suicides after the Golden Gate Bridge in San Francisco. 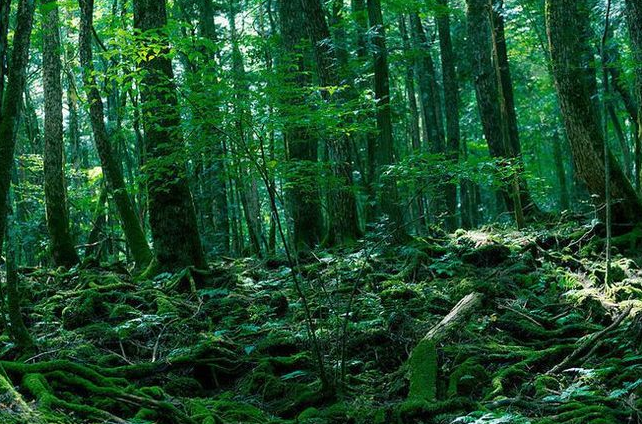 How the bridge has made more than 50 dogs to commit a suicide remains a mystery. 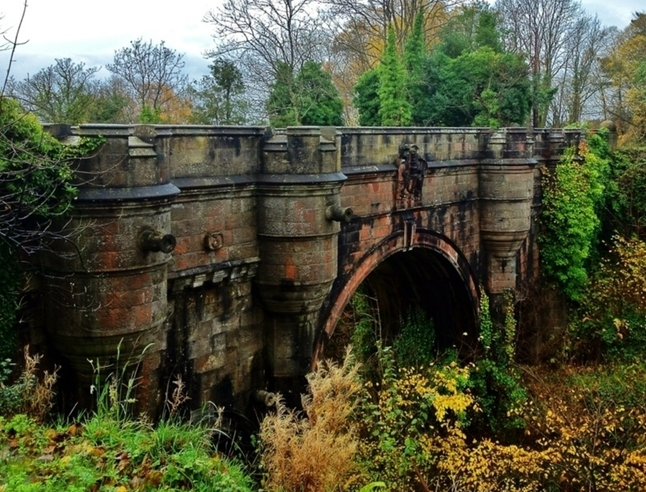 4. Island of the Dolls, Mexico

The owner of the island found a little girl drowned in mysterious circumstances. He has been collecting and hanging dolls on the trees for more than 50 years in an attempt to show respect to the spirit of the girl. 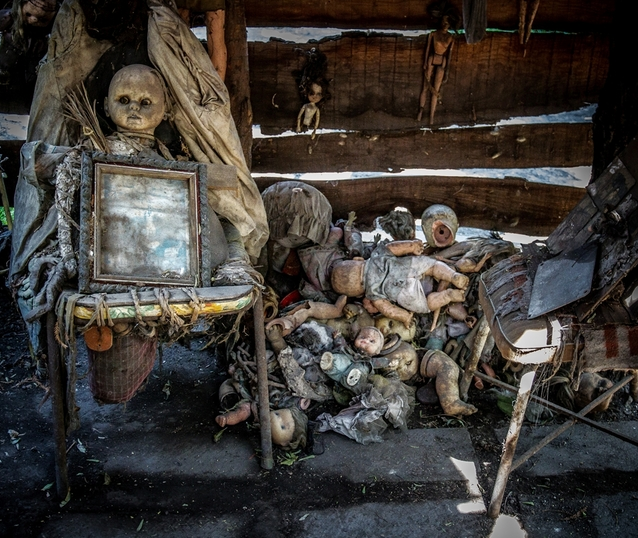 Located close to Venice, the place was the final destination to many who were affected by the plague in Italy in the 18th century. The island also hosted a mental hospital in which many patients were tortured and many doctors killed themselves. 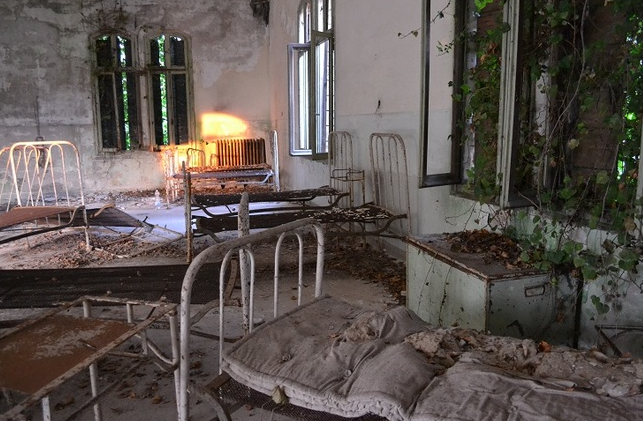 Located in the tiny village of Lukova, this deserted 14th-century church now carries an art installation with spooky ghosts. 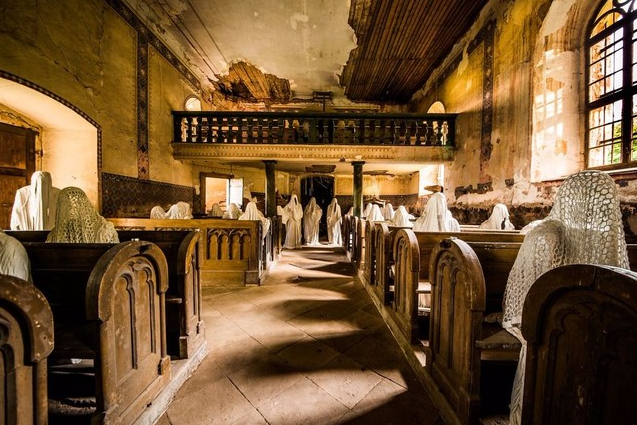 In East Jakarta, following an old tradition, some residents of the slum South Cipinnang Besar attach doll heads to the monkeys and use them as beggars on the streets. 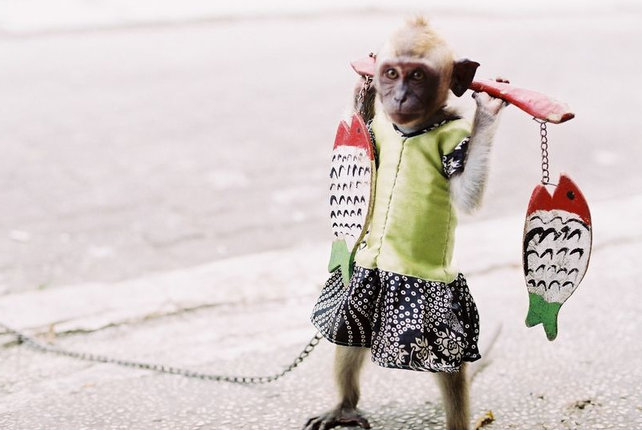