Looking for the best new hard rock album of 2021? Look no further than pioneering youths of the Southern California music scene Black Rock Candy and their full-length debut album “Death Us Do Part.” Stream their new music video for “The Flame” and listen to the album, available now on all platforms. 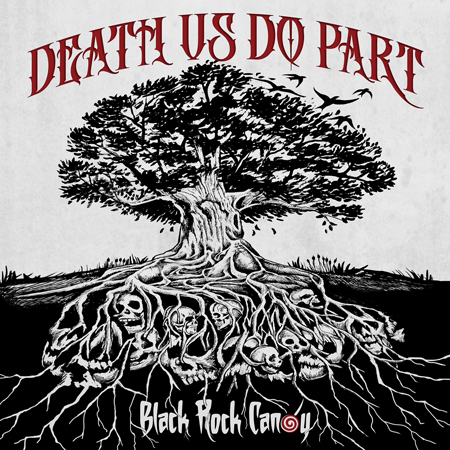 The band officially released the ten-track album on August 21st, 2021, which you can now purchase at gigs or from their online store. They celebrated the release of “Death Us Do Part” with a performance at Skyland Ale Works Brewery, delivering the group’s signature eclectic sound with all-new original songs.

Go to https://open.spotify.com/album/46BtSIYrJT3XmhueKWvDD1?si=qctslQ0KTTaS1eWX2V82gg&nd=1 to listen to the album now!

This latest announcement brings you a more immersive experience of Black Rock Candy and introduces their music to the attention of a wider global audience. To see the band live, you can find a schedule of upcoming shows available on their website.

Despite their young age, the band’s music is inspired by rock bands of the 1970s and 1980s like Heart, Journey, Lynyrd Skynyrd, and Creedence Clearwater Revival, with an alternative modern twist. They have had the opportunity to perform their music at venues throughout California and Arizona, such as The Mint in Los Angeles and the Whisky A Go Go in Hollywood.

Previously released music videos for the new album include “All Too Much,” “River of Dreams,” “The Flame” and “Crucified,” all of which you can find on YouTube. A fifth video is scheduled to be released next month for “Don’t Need You.”

The newly released album, “Death Us Do Part,” upholds the band’s commitment to producing high-quality songs that pay homage to classic rock pioneers.

Since its inception in 2016, Black Rock Candy has evolved to become a team of independent young musicians who value work ethic as the key to creating a great product to deliver to their audience. You can watch the new video for “The Flame” at https://www.youtube.com/watch?v=VgEu9lomNMw

A spokesperson for the band said, “It has been a long journey getting to this point, but we could not be more excited to share the album with the world. We want to thank all of our fans for supporting us through this wild journey.”

For those looking to get in on the next big thing in the SoCal music scene, Black Rock Candy cannot be ignored. Their new album is sure to captivate you with their incredible new tracks and upbeat vibes.

Want to find your new favorite rock album of 2021? Go to https://www.youtube.com/watch?v=CsLTrgu4WRI

Enjoy A Night Of Entertainment With DJs And Friends at London Reggaeton Glow Up
Get Comprehensive Diagnosis & Treatment For Drug & Alcohol Addiction In Utah
Network and find new products and services with the Toronto Women’s Expo
Get The Best US Practice Management Software For Virtual Patient Correspondence
More ...