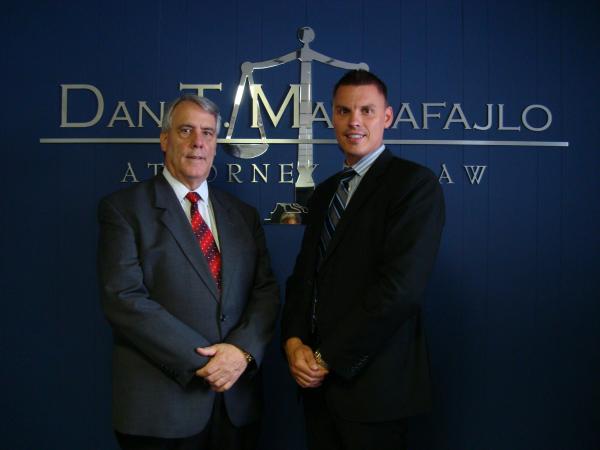 ELIZABETH, NJ – The Elizabeth Law Offices of Beninato & Matrafaljo today announced successful recovery of $4.65 million for a pedestrian injured by a New Jersey Transit bus. Attorney Dan T. Matrafaljo represented Zenieda Gialamas, the injured woman, and was able to settle the matter before bringing it to trial.

The case stemmed from an accident that occurred on March 29, 2016, near the intersection of South Broad Street and West Jersey Street in Elizabeth. As Gialamas crossed the street in the early morning, a New Jersey Transit bus making a left turn struck her. Gialamas was knocked unconscious and has absolutely no recollection of the accident.

“My client suffered multiple injuries as a result of this horrible crash,” says Attorney Matrafaljo. “She had multiple leg fractures that required surgical intervention and also needed two craniotomies to reduce swelling on her brain. Sadly, she may never truly recover from the accident.”

Since New Jersey Transit is a public entity, there are particular legal requirements for seeking monetary recovery. These include strict time notifications and evidence of permanent disability. Attorney Matrafaljo negotiated the terms of the confidential settlement and avoided the cost, time and stress involved with going to court.

Not every case settles for an amount that is reasonable to the injured party. Attorney Matrafaljo won a $350,000 verdict for the victim of a rear-end automobile accident. This was after the insurance company offered only $1500 to settle the claim.

When another vehicle crashed into the plaintiff’s car, there was only $350 in property damage. Subsequently, the victim drove home and returned to work the next day. A month later, the plaintiff started chiropractic treatment for back injuries.

“Most personal cases settle,” shares Attorney Matrafaljo. “However, unless the amount offered is fair to my client, I take the case to court. Then it’s up to a jury to determine monetary damages.”

Just recently, a jury returned a $60,000 award on another of Attorney Matrafaljo’s cases involving Allstate Insurance Company. The plaintiff was involved in a minor car accident with limited property damage. She treated with a chiropractor for six months and visited a pain management doctor. Although the physician offered the injury victim an epidural injection, she declined.

“My client selected the Limitation on Lawsuits for her personal automobile insurance policy,” says Attorney Matrafaljo. “This choice really limits an injury victim’s right to sue. However, we were able to convince the jury that she was badly hurt.”

Two of Attorney Matrafaljo’s other successful recoveries include:

· $635,000 for a lawsuit filed against a commercial automobile repair facility.

Attorney Dan T. Matrafaljo is the managing partner of the Law Offices of Beninato & Matrafaljo. For the last six years, he has been named as a New Jersey Rising Star by Super Lawyers Magazine, a national publication. Candidates are selected based on recommendations by their peers and professional achievements.

Earlier this year, Attorney Matrafaljo was named to the Million Dollar Forum, where he joins just one percent of American lawyers who have received this honor.

“I work hard for my clients,” says Matrafaljo. “Accidents can be life-changing. Injury victims should not have to worry that they can’t meet their financial obligations because of something that was out of their control.”