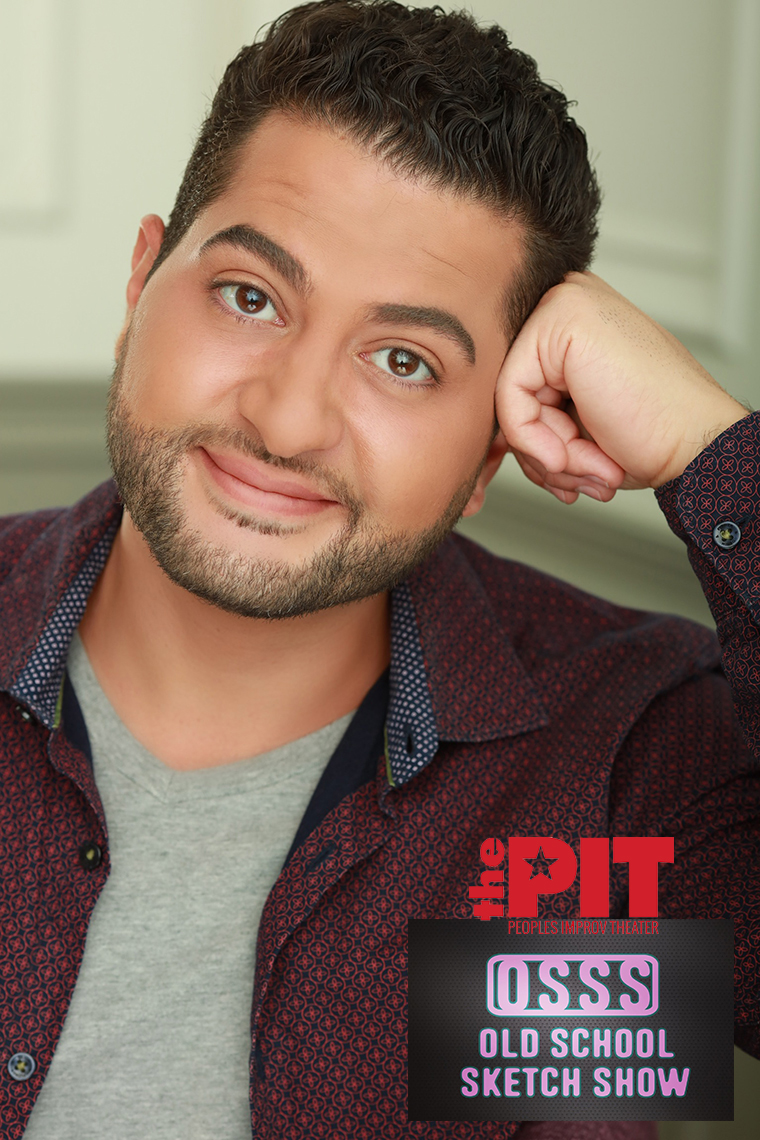 Tune in for a virtual taste of the best American comedy and welcome Walid Chaya back to the stage, all from the comfort of your home!

Award-winning actor and writer Walid Chaya returns to The People’s Improv Theater (“The PIT”) in their latest production of Old School Sketch Show (“OSSS”), airing virtually via YouTube Live from The PIT in New York City on Saturday, April 17th.

Tickets are available to purchase at https://thepit-nyc.com/events/old-school-sketch-show-4-17

As the pandemic limits the way people can gather and many venues are unable to host audiences in person, the PIT has adapted by streaming its productions online and engaging its audience virtually.

Old School Sketch Show is a sketch comedy show that challenges some of the best comedians across the nation to create a brand new performance that will never be shown again.

The comedians have 7 days to bring their show “from pitch to screen”, and most of them have never worked with each other before, resulting in unique performances every time.

Old School Sketch Show was created in 2012 to allow emerging comics to work with more established names in the NYC comedy scene.

Walid Chaya made his comedy debut at The PIT, and he first performed in OSSS in 2018.

That performance provided the inspiration for his short film, “Driving Ms. Saudi”, which was screened at over 15 festivals worldwide and won accolades such as Best Short Film at Dubai’s WOW Mid-East Film Fair and Silver Metal For Best Comedy Short at the Asia South East -Short Film Festival.

On Saturday, he will join other top comedians for the newest virtual edition of Old School Sketch Show, which will be screened live from the PIT’s YouTube page to ticket holders.

Chaya will perform alongside leading fellow comics and after the sketch, Chaya and other comics will improvise scenes from audience suggestions.

Walid Chaya currently lives in Los Angeles, where he works as an actor and writer-director for film and television, as well as a creative consultant for emerging actors. The upcoming show will mark his return to The People’s Improv Theater as part of The PIT’s commitment to entertain and educate the community on the comedic arts. For more details, please visit https://walidchaya.com

You can book tickets for Chaya’s upcoming virtual performance this Saturday at 7pm ET (4pm PT) by clicking on https://thepit-nyc.com/events/old-school-sketch-show-4-17

Ready for the best comedic talent the country has to offer? Book tickets for Chaya’s upcoming virtual performance by clicking on https://thepit-nyc.com/events/old-school-sketch-show-4-17

Book More Film TV Gigs With Your Actors Access Profile & Media Reviewed By A Pro
Apr 15, 2021
Looking For A Hollywood Agent? This Expert Acting Career Consultant Can Help You
Apr 12, 2021