“Settenbrino may fancy himself a painter, but the Blue Moon is his bricks and mortar masterpiece.”

–Susan Pigg in the Toronto Star 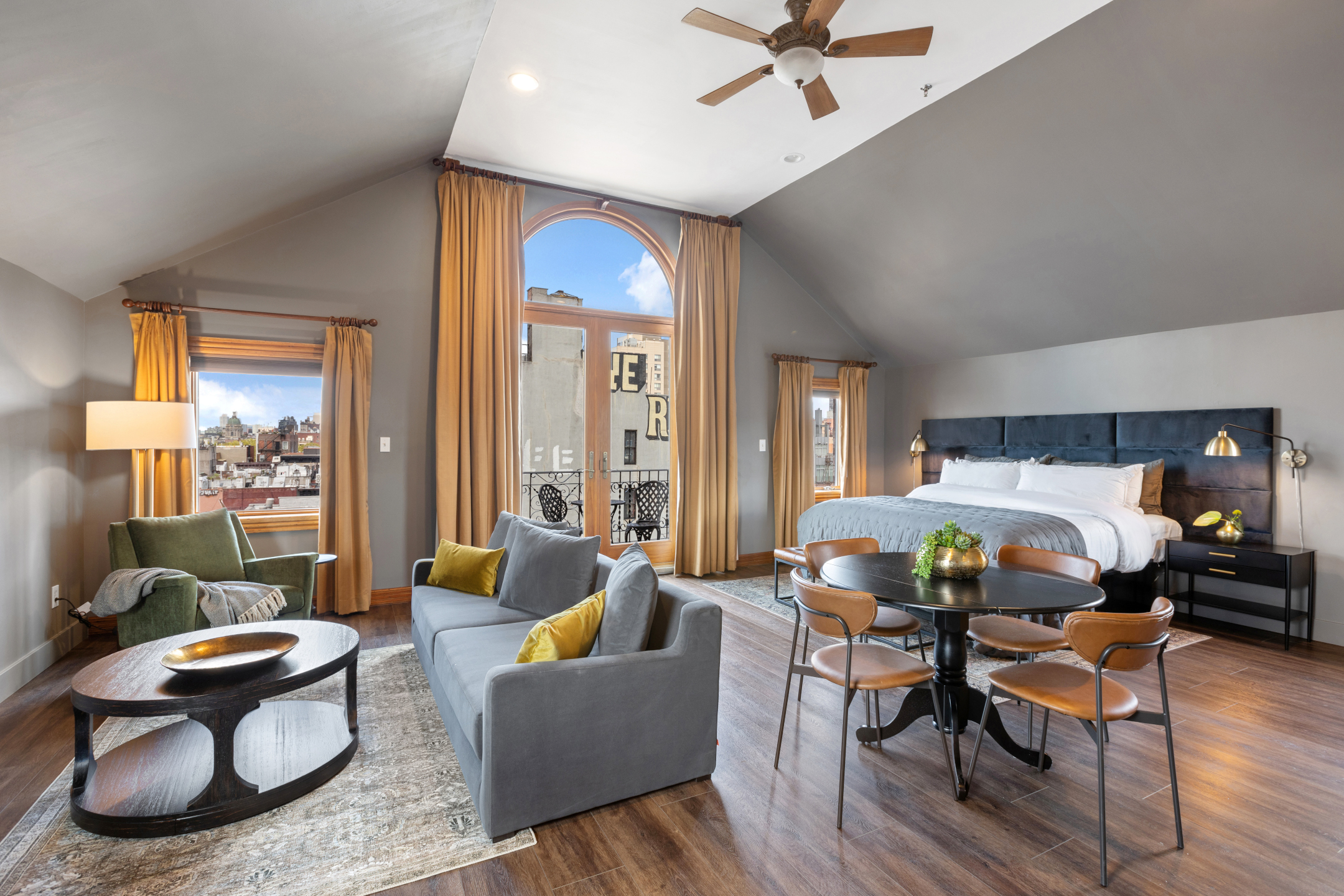 As of September, Blue Moon Hotel NYC has announced its resurgence as an Award Winning Stately Hotel.

After a 20-month Covid hiatus, the Blue Moon Hotel NYC’s reopening as a stately hotel comes just as the city reopens to international tourism.

Artist Randy Settenbrino lovingly restored and transformed this former 5 story tenement into a stately 8-story hotel; thus offering guests a historical experience. The Blue Moon Hotel located on the Lower East Side was once home to many immigrants who moved on, leaving personal belongings that are now ingeniously displayed throughout the hotel. The Blue Moon Hotel is filled with original artifacts from 1879-1936. Guests as well as visitors to the Lower East Side have referred to the hotel as NYC’s hidden gem. Blue Moon, a meritorious art project, boasts 40+ major articles and prestigious awards and accolades via National Geographic Traveler (One in 150 Hotels in the Western Hemisphere to Check Into), NY Magazine, Citysearch, and Rizzoli’s Best 100 Little Hotels.

Randy Settenbrino, artist and developer of the Blue Moon Hotel Ltd, when asked about the project, said:

“In a painterly approach, using a combination of inspiration and instinct, I created settings for the original details, as well as enhancing their innate properties, thus resulting in the soul of the building being preserved and glorified as well as useful and functional. To mesh the historical elements with contemporary materials, this project was neither plotted nor planned. My goal was to keep the process liquid as well as soulful until we transformed a five-story tenement to stately eight-story hotel.”

Guests interested in art, history, preservation, and design will be interested to know Blue Moon Hotel was developed with a historical experience in mind, and was loving preserved through the entire restoration process.

The Blue Moon Hotel is housed in an 1879 building by famed architect Julius Boekel, who designed the First German Baptist Church in NYC. The Blue Moon is the second oldest building on Orchard Street, narrowly beaten by the Tenement Museum, which sits directly across the street.

Randy Settenbrino said “Blue Moon is an award winning, 5-year art preservation and design project, transforming a 5 story tenement into a stately 8-story hotel. This will be great news for our guests, especially those who love art and history, because the Blue Moon Hotel NYC promises an experience that allows guests from around the world the ability to simultaneously lodge at our lovingly restored 1879 award-winning hotel while reveling in New York City’s most vibrant and artsy contemporary culture.”

“In a world that is becoming more and more homogenized…we need more Blue Moon Hotel experiences. Not only is it unique, but we are allowed to step back in time…to touch and breath in an experience of lives lived and lost—to imagine NYC in another state altogether and through imagination to become part to that experience.” – Lori Mantrose Jackson, Guest.

Centrally located in the heart of the Lower East Side, opposite the Tenement Museum, the Blue Moon Hotel NYC sits on Orchard Street, between Broome and Delancey, which is known as the “57th and 5th” of the Lower East Side, according to the NYT. Customers should enjoy this particularly, as it is high energy, and centrally located, along a boulevard of shops, restaurants, boutiques, as well as conveniently accessible by public transportation, including the B,D,J,F,M and Z Trains.

Those interested in learning more about the business can do so on the business website at http://www.bluemoon-nyc.com/

Get Your Sherman Oaks, CA Handcrafted Saltillo Tile Floor Looking Like New
What Estate Agents can do to help their customers, and make more money!
Escape The Grind With Best UK Coaching/Mentoring Business Acceleration Roadmap
Get Huge Discounts On Smartphones & Laptops With This Live Facebook Channel