Get The Best Expungement Of DUI Convictions in Santa Cruz CA

The Law Office Of Rick Gazipura based in Scotts Valley, California, updated their range of services for clients in Santa Cruz interested in the expungement of DUI convictions. 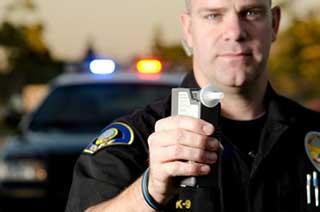 The Law Office Of Rick Gazipura, an attorney, based in Santa Cruz, California, launched an updated range of expungement of DUI convictions services. The attorney’s area of practice includes DUI arrests and convictions, which can have a substantial impact on one’s life, including affecting one’s career and job, the ability to travel to certain countries, or even jail time or house arrest.

More information can be found at https://www.DUISantaCruz.org/expungement/

Because a DUI is not a traffic ticket that can be easily dismissed but either a misdemeanor or a felony offense, finding the right attorney is crucial. Attorney Rick Gazipura has extensive experience providing expungement of convictions for clients, helping them get a court-ordered process in which the criminal conviction is dismissed.

The attorney helps clients understand the process from start to finish and carefully works with them to find the right way to address the DUI conviction. Depending on the circumstances, clients may be eligible to have their conviction dismissed if they were sentenced to county jail, placed on county probation, or for misdemeanor/infraction offenses for which no probation was granted.

Attorney Rick Gazipura has more than ten years of experience handling DUI expungement petitions and crafting a complete motion for dismissal on his clients’ behalf. His thorough, detailed motion fully informs the Judge of the changes each client has made in their life to give them the best chance at success.

A satisfied client said: “I was being charged with a DUI and with the help of Mr. Gazipura I was found ‘not guilty’ after the trial. Mr. Gazipura listened to me, was thorough in his research of the case, was knowledgeable of the law and the standard procedures of DUI testing, brought in expert witnesses, and with his calm demeanor won the case. I’m so grateful to Mr. Gazipura for the positive outcome of my case as it has allowed me to begin my professional career without difficulties. I would recommend Mr. Gazipura to anyone facing legal trouble.”

Rick Gazipura graduated from Santa Clara University School of Law in 2008. He received the Witkins Award (top of the class) in Trial Techniques class and earned a Pro Bono Award for volunteer work at the Katherine and George Alexander Free Legal Clinic helping a client with his asylum petition in Immigration Court.

The Law Office Of Rick Gazipura

More News from The Law Office Of Rick Gazipura