Marijuana arrests on I-80 continue to increase, and Omaha drug lawyer Daniel Stockmann believes that the stops will impact all Nebraska residents and visitors. 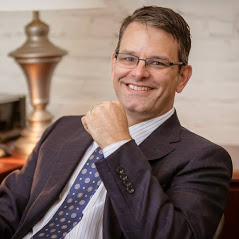 Over the next few months, you can expect to see an increase in the number of marijuana stops on I-80. Increased scrutiny over the highway will result in more stops and marijuana arrests for charges ranging from simple possession to drug trafficking. This is something that will impact you as you go to work, take your kids to school, and drive around Omaha.

Nebraska drug officials won’t be the only ones making the stops - nationwide, there have been more drug stops in the midwest. They are looking for the largest drug “kingpins” but they aren’t always successful. For every seizure the make of hundreds of pounds of drugs, simple possession charges accrue. These marijuana stops on I-80 will make the state safer for your family, but will be somewhat irritating.

Nebraska Drug Trafficking Attorney Daniel Stockmann explains: “Law enforcement officers need to stop people in Nebraska because if they can’t stop them here, they will go into states where it is legal. Of course, trafficking and manufacturing are still illegal in some states, but that doesn’t lessen the chance of getting caught in Nebraska.”

These drug stops on I-80 will also impact those who use medical marijuana. “Medical marijuana, simple use marijuana, edibles, and even drug paraphernalia in cars on I-80 all lead to drug charges,” Stockmann reasons. “They aren’t going to overlook anything. They are trying to send a message and if the start of 2020 is any indication, they won’t stop doing it.”

Nebraska drug trafficking attorney Daniel Stockmann has been serving people charged with drug-related crimes in Nebraska for more than a decade. He has an incredible track record, even in serious matters such as RICO and drug trafficking cases. He also fights aggressively for people charged with medical marijuana possession and similar offenses and creates effective strategies based on the merits and weaknesses of each case he accepts. For more information on Stockmann Law, call 855) 980-6961 today.