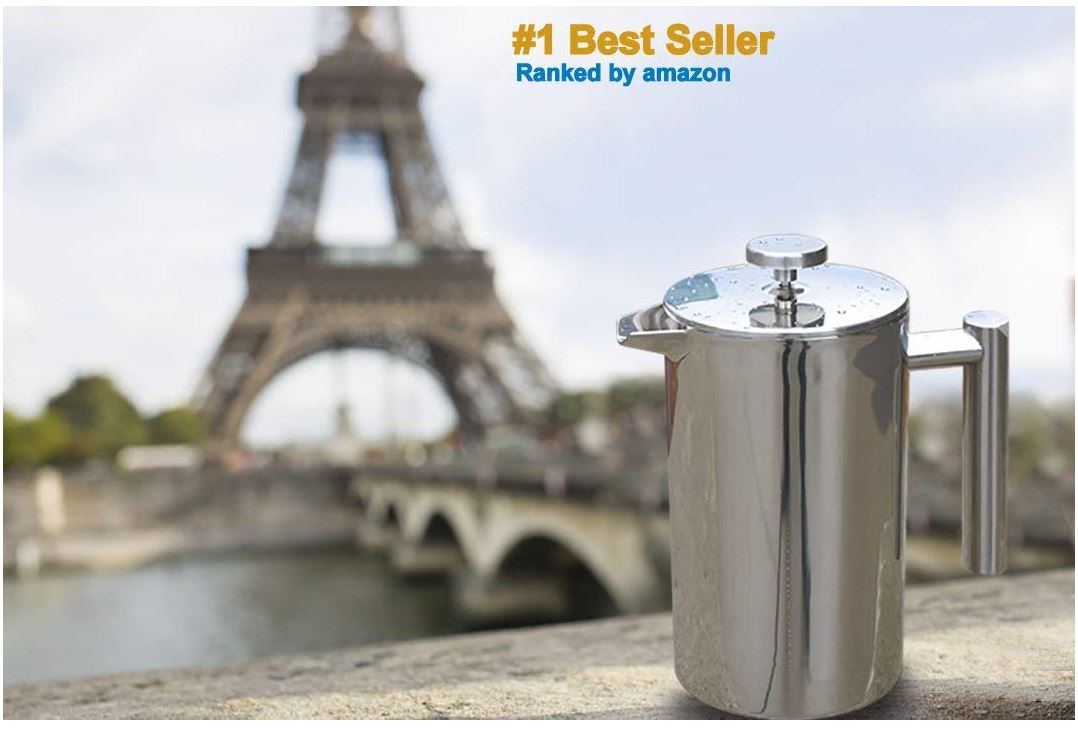 Looking for the best French coffee press to use at home? SterlingPro is the product you need!

Access Industries, a company based in Toronto, Canada announced the launch of the SterlingPro branded 1.75-litre capacity French press.

More information can be found at https://www.amazon.com/s?k=large+french+press&rh=p_78%3AB014U0ZNG6%2Cssx%3Arelevance

SterlingPro has been known to produce top-quality French presses at affordable prices. The launch of their 1.75-litre capacity double-walled French presses allows you to brew large batches of coffee every time.

According to the company’s executives, there has been a significant increase in the sales of large-capacity French presses in the past year. This increase is credited to the effects of the pandemic with people being forced to stay home and make their coffee. Now you can brew barista-style coffee at home!

SterlingPro’s large-capacity French presses come in 1-litre, 1.5-litre and 1.75-litre variants. The 1.75-litre option is the largest press in the market and can brew up to 59 ounces of coffee at a time. It uses a signature double-screen system that extracts more oils from the grounds for a richer flavour and guarantees that every coffee granule is filtered out of the brew.

Designed using high-quality surgical-grade 18/10 stainless steel, the press is rust-resistant, durable and dishwasher-safe. It is also engineered with double-walled insulation that keeps your coffee hot for hours while the exterior stays cool to the touch.

The French press also doubles as a milk frother. You can now pour warm milk into the press and operate the plunger for 45 seconds for light frothy milk for cappuccinos, lattes, and more. Additionally, the product can also be used for other beverages such as tea and hot chocolate, or even cold beverage such as iced coffee, lemonade, and more.

Get The Best Slow Brew Cold Coffee Maker For Rich Tasting Flavor This Summer
Enjoy A Family Dinner At This Placentia, CA Mexican Grill & Seafood Restaurant
Where Can I Find The Best Specialty Coffee in Hong Kong?
Get The Best French Style Crepes in Breckenridge, CO At This Award-Winning Cafe
More ...