What is the Holodomor?

The Holodomor was civilizational annihilation of Ukrainians. Joseph Stalin aimed to destroy such a civilizational phenomenon as Ukrainians, and to prevent the Ukrainian people from playing their independent role in history ever again 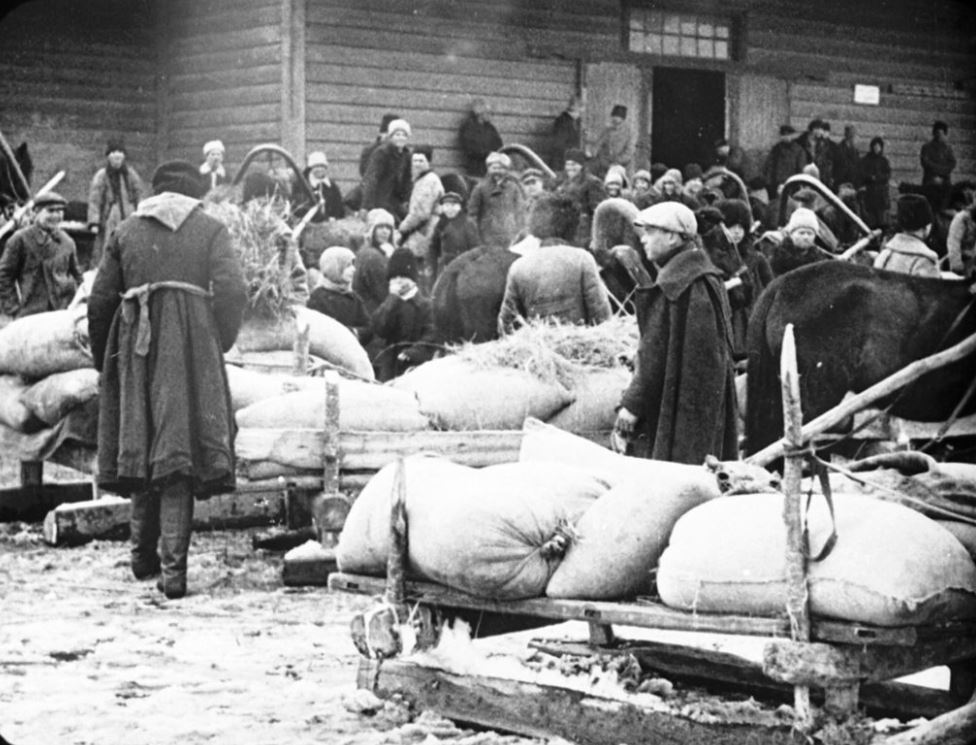 Let’s try to find out what the Holodomor was, and what had preceded this genocide of Ukrainians and one of the biggest crimes against humanity in world history. Let’s also explain why the vital information on the Holodomor tragedy is still concealed

This publication opens a series of articles that explain the Holodomor topic. First of all, let’s try to find out what the Holodomor was, and what had preceded this genocide of Ukrainians and one of the biggest crimes against humanity in world history. Let’s also explain why the vital information on the Holodomor tragedy is still concealed and in whose best interest it is to keep it secret.

In 1921 the American Relief Administration (ARA) was negotiating with the Soviet Union the terms for their future operations in the Soviet state. Maksym Lytvynov, a Soviet diplomat at that time and later the People’s Commissar of the Foreign Affairs, in his response to an American representative said, “Food is a weapon.” And in 1932-1933 on the territory of modern Ukraine, the Soviet regime demonstrated what a devastating weapon it could become if possessed by totalitarian dictatorship. This was when millions of people died as a result of the deliberate Soviet policy. The Holodomor was recognised as a genocide by 17 countries. Today it is considered one of the biggest crimes against humanity.

Voronkiv of Boryspil district in Kyiv region — a village since the olden days, and a settlement in the times of the Cossack Hetmanate. A young bride in her national wedding dress, surrounded by her bridesmaids and friends, circa 1920s. The photo provided by the National Centre of Folk Culture “Ivan Honchar Museum”.

– … Perhaps the classic example of Soviet genocide, its longest and broadest experiment in Russification – the destruction of the Ukrainian nation.

This was the description of the Holodomor given in his article by Raphael Lemkin, a Polish lawyer of Jewish descent, who was the first to put the term “genocide” into the global context. The Holodomor is a proper name of the genocide of Ukrainians. This was a form of deliberate mass killings of Ukrainians during 1932-1933. It became possible by setting the unrealistically high quotas for the state grain procurement plan and through coercive expropriation of people’s land, property, and food — the measures that killed millions of Ukrainians. In this way Stalin was trying to suppress the Ukrainians who opposed collectivisation (a policy adopted by the Soviet government to transform traditional agriculture from private property to collective state-controlled ownership — ed.) en masse and who rose against the Soviet rule.

The author of the term “genocide” who also helped to create the legislative framework for recognising a crime as genocide. Its main element is the United Nations Convention on the Prevention and Punishment of the Crime of Genocide. It was adopted by the General Assembly of the United Nations on 9 December 1948. For the first time in the world history, this document defined genocide as any of the acts committed with intent to destroy, in whole or in part, a national, ethnical, racial or religious group, as such.

Over the long period of time this Soviet crime of destroying millions of people and their national and collective consciousness remained little known even in those places, where the events occurred. Total censorship, official statistics falsification, intimidation by the officials, and fear of retaliation had shushed the ringing voices of eyewitnesses and made them speechless. When faced with the choice — to be killed and to endanger their families or to remain silent — most of the eyewitnesses chose silence. Not a single document could prove their survival, which teetered on their physical and emotional edge, or the efforts they had to make to give birth to new generations. The memories of the people became the “archives”.

Today, after almost a century since the Holodomor, all these voices can be heard again. And the new generations can find out the truth and learn the lessons that cost lives of millions.