Eager to facilitate the creation of an incredible movie? Join Glenn Towery’s fundraising campaign on Kickstarter and give this fantastic fuse of sci-fi space fantasy and funk music a huge boost at: 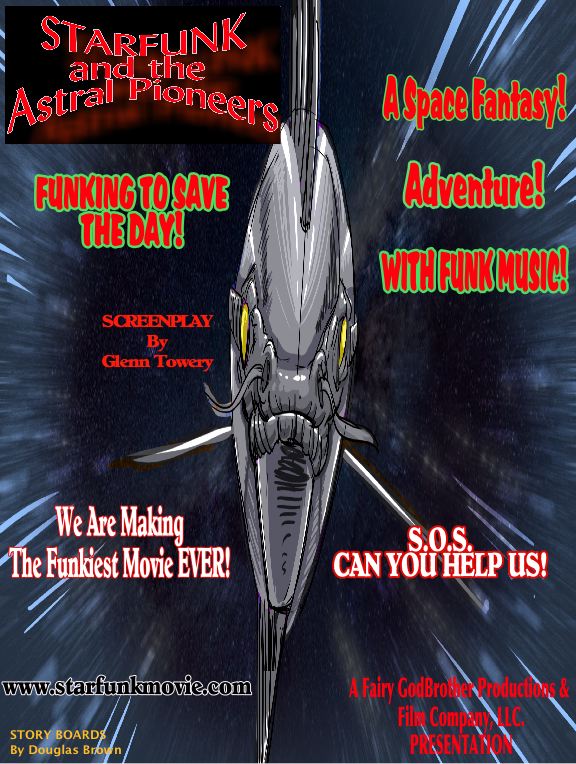 You’re a funk music fan and want to do something meaningful in life? Support the making of the first-ever film in history that hails funk spirit by joining this fundraising campaign! at kickstrter.com:

Glenn Towery, an award-winning producer and screenplay writer, has launched a crowdfunding campaign for his motion picture project, titled “Starfunk and the Astral Pioneers.” The goal of the initiative is to raise funds to create a trailer for the movie to build interest from potential investors.

Go to https://starfunkmovie.com for more information.

The campaign is scheduled to open on Kickstarter on May 15, 2021, and the filmmaker hopes to gain the attention of both music fans, movie lovers, and anyone else willing to support his project. The campaign will last 30 days, and if it gets enough publicity and exceeds its financial goal, a quality film from the screenplay will be produced in its entirety.

If the Kickstarter campaign turns to be successful, “Starfunk and the Astral Pioneers” has the potential to become the first motion picture focused on funk music and funk mythology produced ever. The world has already seen movies celebrating the impact of all other genres of African American music, including jazz, R&B, gospel, blues, and hip hop. By donating to the campaign, you have the chance to make history by helping this project come alive in theaters.

You can find more about the project by visiting https://www.youtube.com/watch?v=L5mBq1fbSPY&t=2s

The screenplay for the movie has been written by Glenn and has already been highly acclaimed in several competitions. In 2017, the script made it to the lists of finalists of the screenplay contests in Cannes and Hollywood, three years before winning the Best Screenplay award for science fiction at the Festigious International Film Festival in Los Angeles.

The plot is about a funk band traveling in outer space in a funk music-powered spaceship with musical instrument weapons in hand, which has been summoned by The Keeper of the Source to save the universe from destruction.

“Starfunk and the Astral Pioneers” successfully blends funk music and the mysterious folktale about various beings living in our galaxy. It is in many ways resembling movies like “Star Wars” and “Guardians of the Galaxy” while exhibiting the power of this soulful music genre.

You can find more information about the campaign by visiting https://www.youtube.com/watch?v=L5mBq1fbSPY&t=2s

Your contribution to this project can make a big difference! Help Glenn in this undertaking and turn his amazing screenplay into а one-of-a-kind movie!

Ready to showcase your support to this award-winning screenplay writer? Go to his Kickstarter campaign beginning on May 15, 2021 at: https://www.kickstarter.com/projects/starfunkmovie/starfunk-and-the-astral-pioneers-a-motion-picture