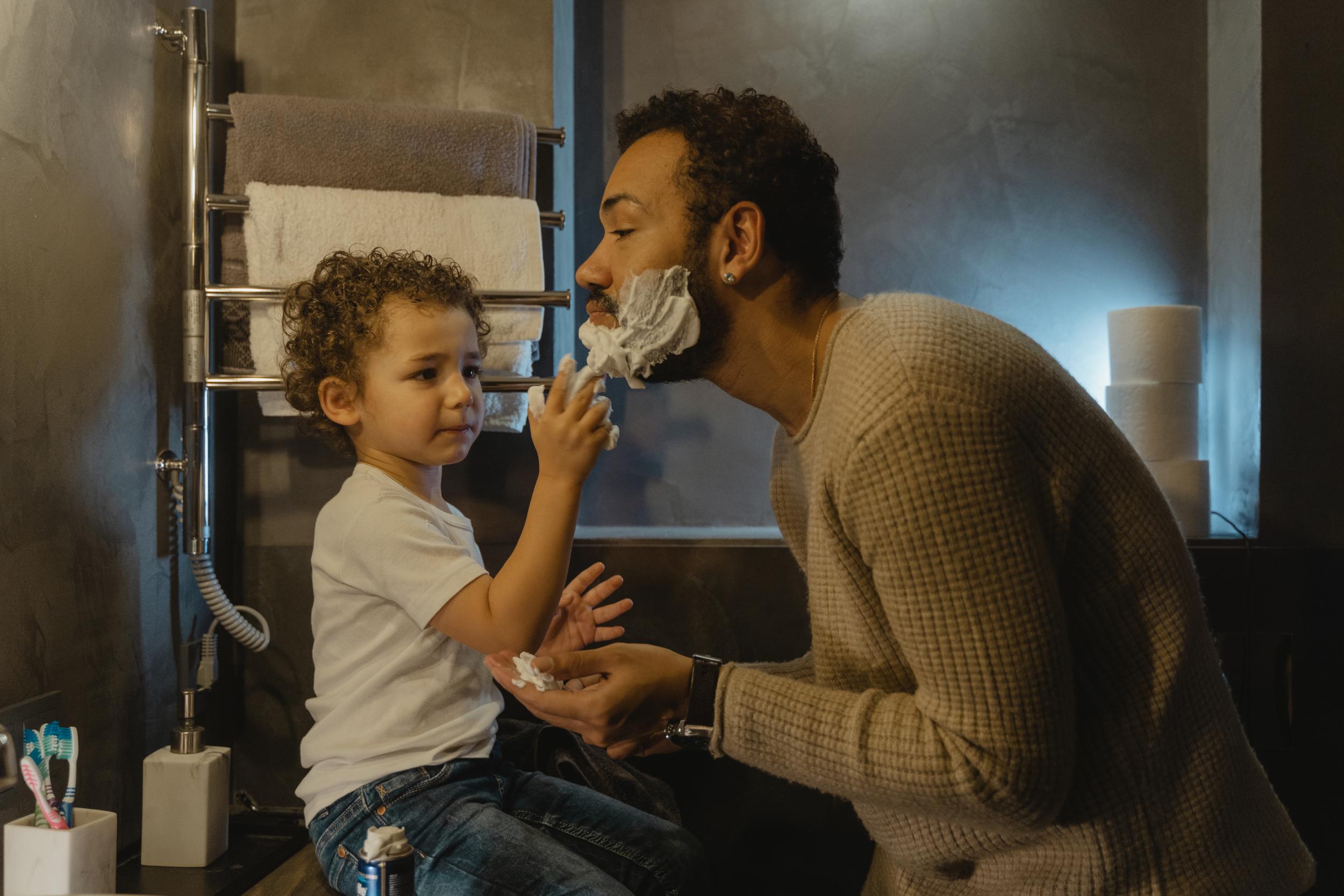 What does it mean to be a man?

No, really, have you considered what masculinity is and how you express it?

Forget social media for a minute. You are GREAT, bud. But you need to figure it out and be comfortable with yourself as a man.

My name is Dr. Michael Dadson and I’ve recently released a groundbreaking scientific study on male trauma, called “The Stories of our Fathers”. I explain the effects of intergenerational childhood trauma in your gender role strain (GRS).

My new book is a practical, step-by-step roadmap to narrative therapy. You will be exposed to the lives of six men who have suffered trauma, grew up with unhealthy beliefs about gender roles, and have found peace in themselves within the frame of “masculinity”.

The book also contains several exercises so that you are fully immersed in the stories. The goal is to build an online collaborative narrative community where people can share their own stories of trauma and find healing.

This is particularly important for men. Studies show that males are less likely to seek emotional support from their partners and are more vulnerable to suicide. There are several reasons for this, but one reason may be a misunderstood perception of gender roles. For many men, anything that makes them appear “weak” should be avoided – including admitting to fear.

In “Stories of our Fathers”, I explore the nature of father/son relationships and how this is crucial to a man’s self-image. Typically, you learn how to act and treat others based on your father’s actions.

This becomes a challenge if your father displays unhealthy behaviors. You may learn to display your masculinity in an unhealthy way.

My book is not only for men, but for mothers, sisters, daughters, and wives who want to share a form of healing with the men in their lives. I talk about the effects of GRS on mental health, causing confusion and stress for a number of people.

I specialize in male trauma and am a highly sought-after counsellor for men’s issues in Vancouver. I’ve helped thousands of men find peace and healing in themselves and am an advocate for male trauma therapy.

Go to https://michaeldadson.wordpress.com/2021/08/13/mens-mental-health-breakthrough/?utm_source=MOAM%20NEWS&utm_medium=News&utm_campaign=MDadson%20NEWS%20Repair%20Trauma&utm_term=Michael%20Dadson so you can learn more.

Get The Best Therapy For Knee Inflammation From This Bellevue, WA Dr.
Call Toluca Lake, CA Furniture Cleaning Experts To Restore Your Dull Upholstery
Living The Active Life Of A Modern Woman? Get Gym Ready Lipstick & Lip Gloss!
David Gray Gets You The Best Auction Sale Price For Your Port Macquarie Property