Nick Groff, star of paranormal investigation shows including “Ghost Adventures” and “Ghosts of Shepherdstown”, has announced a limited run of signed photographs. 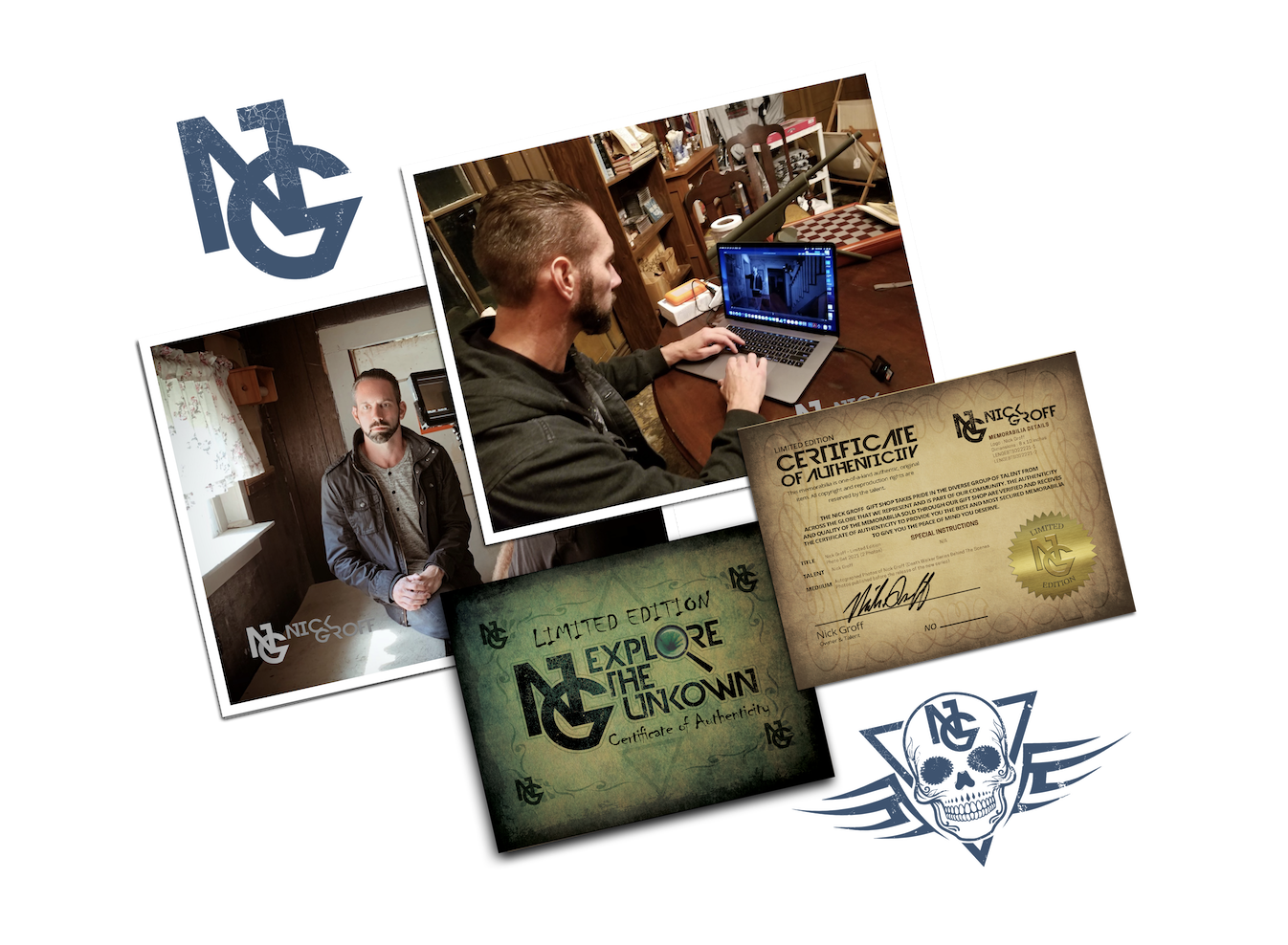 Want to get your hands on a free autograph from ghost hunter Nick Groff? Looks like you’re in luck!

Musician, television personality, and paranormal investigator Nick Groff has released a selection of limited-edition autographs. The complimentary autographs are inscribed upon a behind-the-scenes photograph from his most recent television project.

The release of Nick Groff’s limited autograph run coincides with the airing of his TV show: “Death Walker”.

Nick Groff is known for his paranormal investigation series “Ghost Adventures”, which has aired over 68 episodes. The star’s YouTube channel has had a combined 1.4 million views.

Each autograph offered as part of the limited run is personally signed by Nick Groff and comes with a certificate of authenticity. This means that every autograph can be considered a collectible item with the potential, as Nick Groff’s site suggests, to build value over time.

If you acquire an autograph, you are also eligible for a selection of bonus items, including a separate behind-the-scenes photograph. As such, you will receive a total of two signed photographs as part of your order.

Every purchase also comes with a downloadable, limited-edition Nick Groff poster which you can print out. The poster was designed and created by a cartoonist who has worked with both Disney and Marvel.

By signing up to receive an autograph, you are automatically entered into a random draw. If selected, you will be offered the opportunity to take part in a meet-and-greet session with Nick Groff and the crew of his most recent show.

Nick Groff is a television presenter and executive producer who has worked on a number of different television shows including “Ghost Adventures”, “Ghost Stalkers”, “Ghosts of Shepherdstown”, “Paranormal Lockdown”, and “Death Walker”. Nick Groff has also appeared on talk shows including “The View” and “Nightline”, and considers it his mission to build a community of paranormal investigators.

A satisfied customer said: “I love my signed photo of Nick. The quality is really nice, and it feels great to own something that only a select group of people will ever be able to get their hands on.”

Step into the unknown with your Nick Groff signed photo today!

Go to https://www.nickgroffgiveaway2021.com/free-autographs and grab your free autograph before they’re gone!

Get The Best Repairs Or Replacements For Water Line Pipes In Silver Spring MD
Find All-Purpose Water Purification And Storage Systems At This Online Store
Encourage Your Kids Love Of Dance With Tampere Children’s Bollywood Classes
Get The Most Economical and Best Environmentally Friendly Solar System In Florida
More ...