Delgado, the president of VOX Melilla, recently appeared before the media to appreciate the people of Melilla

Delgado, the president of VOX Melilla, recently appeared before the media to appreciate the people of Melilla for their continued trust and commitment to positive political change 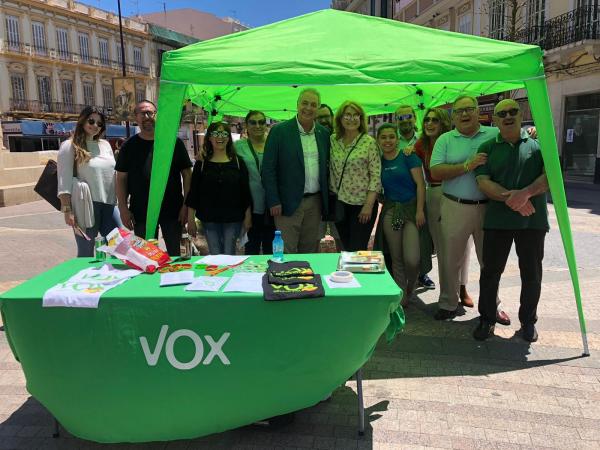 Delgado, the president of VOX Melilla, recently appeared before the media to appreciate the people of Melilla for their continued trust and commitment to positive political change, as well as the denunciation of VOX voter’s harassment campaign

Jesús Delgado Aboy, the president of VOX Melilla, recently addressed the people of Melilla, thanking them for their continued trust, support and for denouncing the VOX voter’s harassment campaign. He stated that every voter is important and went ahead to appreciate VOX voters for their commitment to changing the polity of Melilla, stating that the time is now to claim a change of socialism that has lasted for about 17 years. Delgado made known his willingness to keep and strengthen Melilla as part of Spain while canvassing for the freedom and equality of the people. As regarding the negative rumors about Delgado’s party, career and loyalty to the country, he dismissed all as mere political lies and gimmicks.

Haven qualified in 1977 as a doctor, Delgado went ahead to specialize in Otorhinolaryngology, graduating in 1982 and obtaining the title of Specialist in Otorhinolaryngology. He worked with some hospitals both within and outside Melilla and got research grant that required him to restore the voice of total laryngectomized patients surgically; an objective he achieved. Dr. Delgado

is a member of several societies in Spain such as the Spanish ENT Society, Catalano-Manchega Society and Aragonese Society of ENT. He is the President-elect of the Medical Union of Melilla attached to the State Confederation of Medical Trade Unions (CESM) and on 3 occasions, the President-elect of the illustrious Official College of physicians of Melilla where he resigned recently to focus more on politics. He is currently the coordinator and President of VOX Melilla.

It is of interest to know that Jesús Delgado Aboy has some properly planned programs that he intends to undertake if elected in the coming elections. His intended programs comprise of the following pillars:

• Security – getting the secure feeling back

• Environment, Infrastructure and Energy – achieving a green and sustainable Melilla

• Communications and Tourism – positioning Melilla as a door of Africa

• Social Measures – providing the administration at the service of Melilla

• Youth and Sports – making Melilla a city of opportunities

It is yet left for the people of Melilla to prove that they need a change that Jesús Delgado Aboy claims are much needed now.

Delgado and his party, VOX promises to bring change if given the opportunity to resolve the unjust situations that affect Melillans. He has joined forces with other people in a bid to get Melilla out of the well and give quality future to the city.

Get The Best Sleeping Bags And Camping Tents From This Online Outdoors Store
Ease Your Back Pains By Trying Out This New Ergonomic Office Chair
This Young Singer Created A Non Toxic All Vegan Skin Care Line For Teenagers
Get The Best Local High Bandwidth Internet Service Provider In Toledo, OH