With over 1 million location-verifying beacons already built, and 300,000 ready to be enabled, XYO is blockchain’s first crypto-location oracle network. XYO is focused on decentralizing the $11 trillion dollar+ location-reliant trade market. 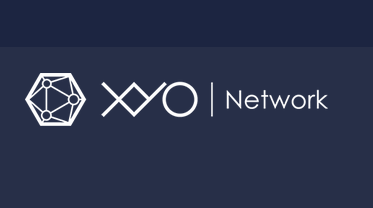 With over 1 million location-verifying beacons already in the world, XYO Network is working on creating the world’s first trustless tracking system powered and secured by blockchain technology. This would allow individuals to track everything from parcels, to baggage, to pets, to people themselves.

More information can be found at https://xyo.network/

The XYO network has four primary components; sentinels, bridges, archivists and diviners. These four components enable geo-focused, consensus-building and trustlessly verify location data. The XYO Network makes it possible for smart contracts to access the real world by using the XYO Network's ecosystem of devices to determine if an object is at a specific XY-coordinate. If it is, an application can be setup to execute transactions via the smart contract. This has opened up a new world of possibilities whereby the applications of such a technology are infinite.

The XYO Network also has a consumer-friendly Web App Interface, developer APIs, and software libraries that span popular smart contract languages. Via the XYO network’s Web App, users can instantly submit queries to the XYO Network by specifying the public address of the object one wishes to track.

With a team of experts and professionals in the technological field, XYO Network prides itself of having a large number of veterans that ensure it provides a network that natively integrates with the leading blockchain platform of today, Ethereum, and its agnostic protocol enables integration with the blockchain technologies of tomorrow. This affords XYO the opportunity of funding important development and research initiatives within the blockchain community. The XYO Network team sets aside 5% of its resources and dedicating them to a full-time, non-passive initiative. This enables thorough research and allocating resources in order to achieve the completion of important projects.

As a network that strives for excellence, XY the company behind XYO Network has overcame two extraordinarily difficult tasks. Firstly by creating location-based consumer product business focused on getting Bluetooth and GPS tracking beacons out in the world and also developing ground-breaking research within the realm of location-focused blockchain technology. Thereby creating an avenue whereby consumers can conveniently track real-world items in real-time, right from their smart phones. XYO Network now has over 1 million location beacon devices circulating in the world.

Whitelisted participants are the first to be notified of XYO Token sale openings. To get involved and purchase XYO tokens as well as participate in the token generation event, interested parties can find more information by visiting the above-mentioned website.