Rising star Walid Chaya’s short film “Driving Ms. Saudi” has screened and won awards at festival awards around the world. The film is written, directed and stars Walid, inspired by true events with a message of hope and equality. 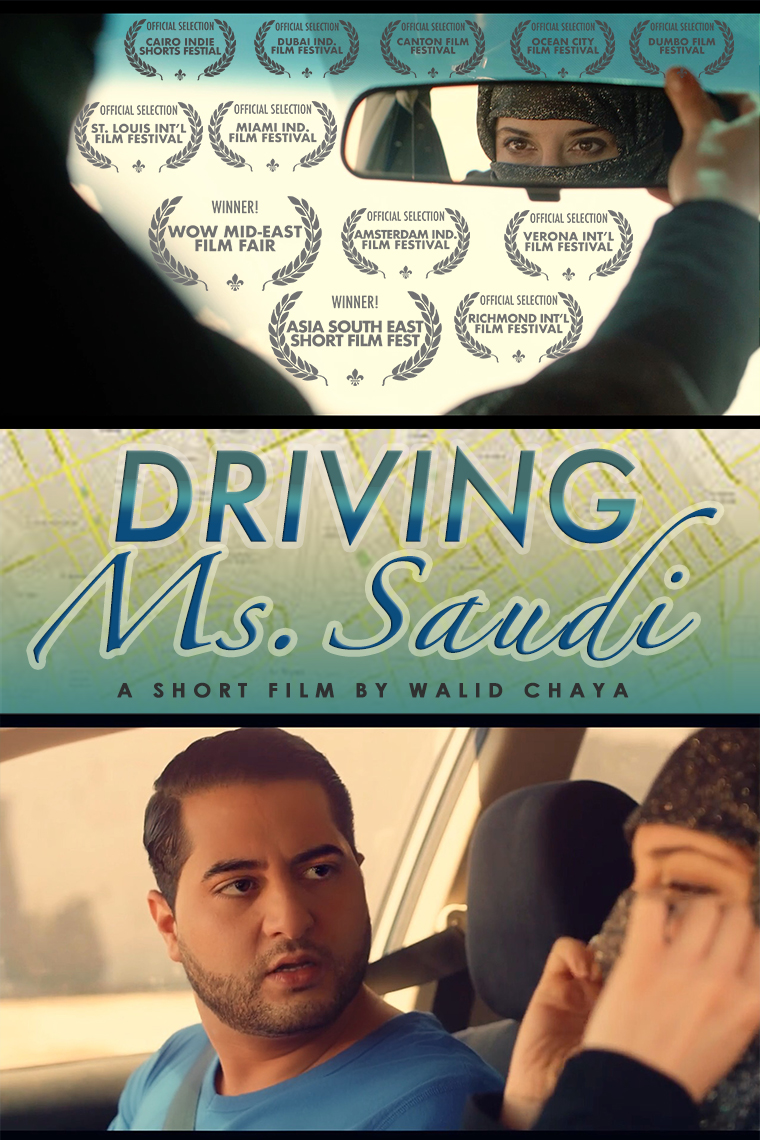 If you like movies that empower and entertain, then you will love actor and director Walid Chaya’s work. Walid is based in Los Angeles and a voice for the Arab community. His short film “Driving Ms. Saudi” is an Official Selection of two more festivals, the Dubai Independent Film Festival and the Cairo Indie Shorts Festival where it is scheduled to screen this month.

Walid Chaya wrote, directed and starred in “Driving Ms. Saudi.” He plays a son who helps his Saudi mother put her future in drive when she panics in the driver’s seat for the first time. You’ll find that this film is inspired by real events in Saudi Arabia where women were finally allowed to drive as of 2018.

Walid has made appearances at many of these screenings worldwide and has spoken on industry panels with renown international filmmakers. The short film “Driving Ms. Saudi” is based on a stage sketch Walid wrote that premiered Off-Broadway in New York City at The People’s Improv Theater, the famous live-venue awarded “Best of Comedy” by Time Out New York and “Best Comedy Club” by The Village Voice.

Walid said, “I believe that as an Arab-American artist in Hollywood, it is my duty to bring these crucial stories to light. I found this film to be the perfect vehicle to put my skills in action and support the #women2drive movement.”

You can seen “Driving Ms. Saudi” at the Cairo Indie Shorts Festival this month where it will also be considered for awards to be announced at the end of the festival. You can also see Walid in the upcoming feature film “Magic Hour” opposite Miriam Shor and keep your eyes peeled for more about his original feature, a movie musical currently in development.

For more information about Walid Chaya you can visit https://walidchaya.com.

‘Driving Ms. Saudi’ Wins A Third Award For Lebanese Actor-Director Walid Chaya
Apr 9, 2021
Are You An Actor Of MENASA Descent? Perform For TV Film VIPs At This Open Call!
Apr 9, 2021

Find Out How To Master Chess Skills With This New Interactive AI Board
How Frank Was Able To Rake In Millions From A Simple Music Blogpost.
Need Expert Senior In-Home Care In Grayslake IL? Call The Best Caregivers Now!
Get The Best New Classic Rock Inspired Music From Black Rock Candy’s New Single
More ...

Get The Best Window Repair And Replacement Services For Homes In Hurstville NSW
Get The Best Hand-Carved Templar Knights Replica Skull From This Artist Today
TripDelivers offers low-cost delivery for Capt. Jack’s in Morehead City, NC.
Find Naperville Therapy Near You With Individual Anxiety Counseling Programs