An Interview with Krsna Tibbs

“I have the ability to understand financial documents in order to cross-examine or interview accountants or forensic examiners in that arena as well because of my business background.” 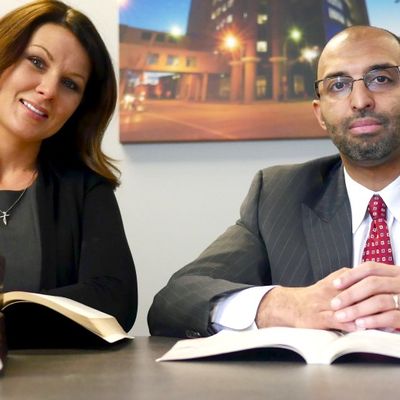 After obtaining a scholarship to the University of Louisville, Krsna Tibbs joined the debate team and became the assistant debate coach on a nationally ranked debate team. Debate played a big role in Krsna’s future career as a criminal defense and family law attorney. Tibbs first took interest to being in the courtroom after joining the debate team at the University of Louisville. Tibbs mentions, “The reason I became a lawyer was that I wanted to take what I learned in debate and apply it to the courtroom. I really liked the excitement of being in court in litigation.” Tibbs was licensed to practice law in 2003, 5 years later he became the supervisor at the Louisville Metro Public Defenders Office. Before starting his first firm he became the Chief of the Trial Division of the adult division at the Louisville Metro Public Defender Office.

Tibbs is one of the few attorneys in town that has two business degrees. He has a Master of Business Administration and a Bachelor of Science in business management. This gives him an advantage when financial documents and hidden assets come up during a business asset divorce case. Tibbs says, “I have the ability to understand financial documents in order to cross-examine or interview accountants or forensic examiners in that arena as well because of my business background.”

The Tibbs Law firm is a smaller enterprise in comparison to other law firms. This essentially means only two people will be handling your case at all times. Those two people being the paralegal and Krsna Tibbs himself. In larger firms, a lot of times the attorney that is working on the case doesn’t know as much as they should if they were to speak to the client directly. Instead, this information is passed through 3 or 4 different people and getting lost in translation along the way. Tibbs states, “The distinction is that there are only 2 people handling the case that is me and my paralegal. We take the case in, you meet us in the first visit, at court, at mediation, and the trial. They wouldn’t have that lost in the shuffle feel.”

Tibbs explains that the majority of the clients that walk into their firm are having the worst day. Working as a criminal defense and family law attorney, clients come in who are going through a divorce, child custody battle loved one is in jail, the list goes on. Tibbs says, “In this type of work, criminal defense, and family law you’re essentially helping people. Our job is to point them in the right direction or put them in at the best place possible to get them back, what’s important to them. We can’t save the marriage, but we can at least protect them from their rights or get them regained custody of their children.”

Within the next five years, Tibbs doesn’t want to expand greatly due to wanting to keep this small firm feel. He says, “, I would like us to expand a little where we hire maybe one or two attorneys and maybe an additional staff member but, nothing more than that.”

From a practice standpoint, Tibbs Law firm stands out from other offices because Krsna Tibbs has over 15 years of criminal litigation background which is a benefit when it comes to being an attorney in family law. In family law, there are cases that have domestic violence allegations involved. Tibbs says, “We represent the victim as well as we represent the person being accused. A lot of times those cases get sent over to criminal court, where there are allegations of domestic violence cases that lead to criminal charges, I’ve handled a number of those cases and won those.” This helps the client as they only have to hire one attorney to work the case on the family courtside as well as in-district or criminal court.

Tibbs is also a parent’s attorney; he handles a lot of cases that involve child protective services. If there are any allegations of child abuse, he has experience coming from a forensic standpoint as well as a defense standpoint. “We can help those individuals get custody of their children back or things of that nature.”, he says. Tibbs is one of a handful of male black attorneys here in Louisville, Kentucky. Tibbs mentions that often times clients come in and state they feel more comfortable speaking with a male, sometimes they particularly feel more comfortable speaking with a male African American. In family court, a lot of men believe it is for women and they aren’t getting treated fairly. Tibbs says, “I’m probably one of the only African American attorneys in Louisville and in particular the only handful that practice in criminal litigation and family court.”

Ending in 2019, Tibbs was on the board of the Louisville Bar Association for 4 years. He was awarded “Young Lawyer of the Year” back in 2008 by the LBA. Their firm made 2021 Super Lawyers as well as Martin Dale Hubble Preeminent Distinction. While Tibbs was chief at the public defender’s office, he won 7 Walkers awards. A walker award means that the attorney had clients that were charged with felonies, they go to felony jury trial and get the cases dismissed all the way down the indictment. Tibbs says, “I have 7 acquittals on cases such as murder, assault, domestic violence, and drug trafficking. Where my client was acquitted from top to bottom, all the way down.”

These awards are not common to receive, even if you get a felony down to a misdemeanor and the client was able to walk out of the courtroom, that is not considered a walker. It is difficult to get these cases acquitted all the way down, the stars have to be aligned just right in order to make it happen. Tibbs mentions, “We have a big awards banquet they give you a bottle of Old Forester, it used to be Johnny Walker which is why they named it a Walker award.”