Trademasters celebrates their 2019 accomplishments which included a building operations and maintenance contract from West Point Military Academy, a national achievement award for making a difference in their hometown of Lorton, Virginia, making the Inc. 5000 list for the second year in a row, and receiving the 2019 Division of Registered Apprenticeship Award. 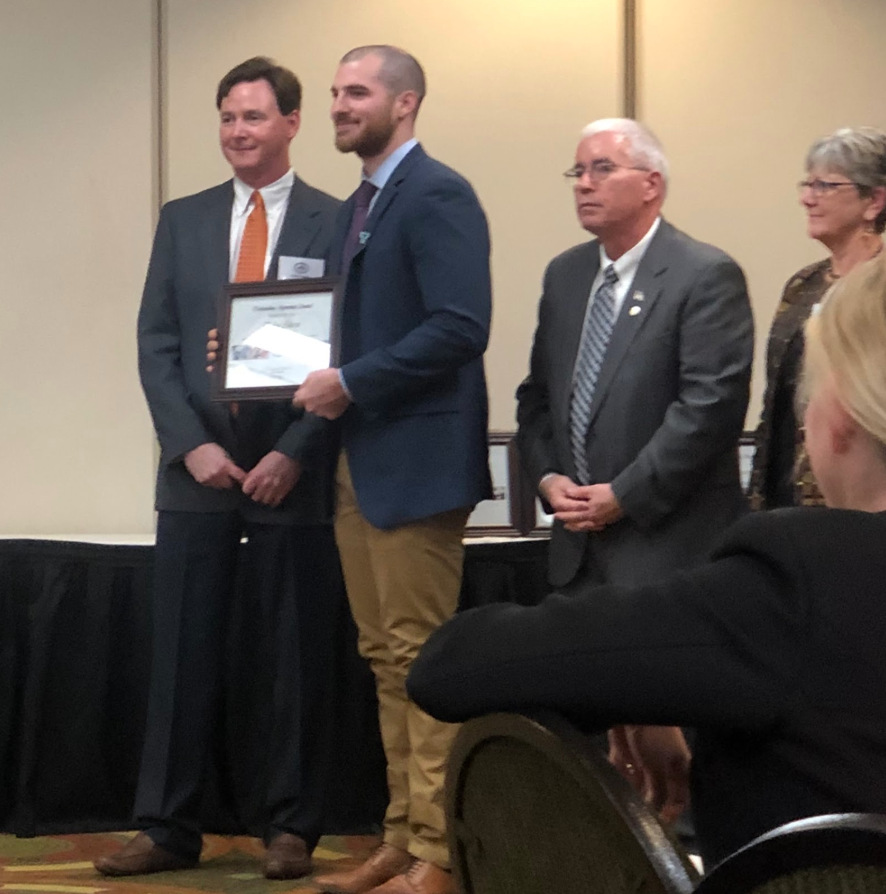 Trademasters, a heating, air conditioning, plumbing, and electrical contractor, sets the standard when it comes to serving the Washington, DC area. They consistently uphold the highest quality of honesty, integrity, and service. This has lead them to receive multiple prestigious awards throughout 2019 and the previous years.

, which is a six-story, state of the art, 287,000 square foot facility that houses some of the country’s finest military students. As a part of that contract, Trademasters participated in the facility’s commissioning process, developed operating procedures, created short-term and long-term equipment maintenance schedules, and implemented a computerized maintenance management system. In addition, Trademasters developed and instituted site-specific safety and training, 24/7/365 emergency response, continuity activity, and property management plans.

Come February, Trademasters received national notice for making a difference in Lorton, Virginia all throughout 2018. The nation recognized them for serving a wide variety of households, businesses, and government facilities while also employing over 150 people. They were also honored for the seven prestigious awards they received in the previous year. Two of the awards recognized Trademasters for the difference they have made and continue to make in Lorton. The other awards Trademasters received were the CTE Creating Excellence Award, being named to the Virginia School Board Associations Business Honor Roll, being named a 2018 HIRE Vets Gold Medallion Award Winner, being named the Commercial Contractor of the Year by the Air Conditioning Contractors of America (ACCA), being named to the Inc. 5000 as one of the fastest-growing businesses in America, and finally the Small Business Person of the Year award, which was given to the founder and owner Dave Kyle, by the Small Business Administration (SBA).

Then in August, Trademasters was awarded for making the Inc. 5000 list for the second year in a row. The Inc. 5000 only recognizes the fastest-growing companies in America from the previous three years. It goes without saying that landing a position on the Inc. 5000 list is an extraordinary accomplishment that countless independent and privately held American companies strive to achieve. Having said this, making the list twice is an even greater honor for Trademasters. While tens of thousands of companies apply, only a small fraction are ever able to make it on the list twice. Securing our place two years in a row puts Trademasters firmly among America’s top entrepreneurial successes.

Lastly, during November the Division of Registered Apprenticeship honored Tyler Ahern and Rudy Martinez. The DOLI Award is given to the apprentice that fosters teamwork and cooperation among their co-workers to ensure that work is done and is known as a team player. Their good planning allows their team to respond to emergencies well prepared. In addition, they have high ethical standards and it shows in their interactions with their co-workers and clients. Tyler Ahern was presented with this award back in 2018 and Rudy Martinez was presented with the award in 2019.

﻿Trademasters is thankful for its team, both co-workers and clients, who have helped make these achievements possible!

Get The Best New York City Boiler And HVAC System Repair And Cleaning Services
Get the Best Home Office Workspace Tips to Boost Your Remote Work Productivity
Get The Best Boiler Emission Testing Services For Homes & Business In Bronx NY
Gift Your Mom With A Personalized Heart Pendant Necklace this Mother’s Day!
More ...