Companies are trying to eliminate unconscious workplace without success, as they’re making the wrong assumptions. One expert is offering an alternative approach that’s founded on the empowerment and understanding of everyone involved. 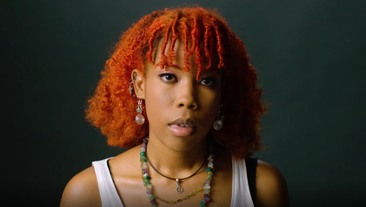 Are your efforts to eliminate workplace bias in your company only succeeding in making the problem worse? Maybe it’s time you considered your fundamental assumptions.

Author and bias navigation expert Buki Mosaku has spearheaded an advertising campaign that aims to offer you an alternative solution to prevailing unconscious workplace bias strategies. You can now catch the ads for the webinars he’s offering on Sky TV.

The newly announced campaign wants to challenge the divisive mindset that categorises individuals as either “guilty perpetrators” or “hapless victims”. According to Buki, this way of thinking further reinforces differences instead of empowering you and your colleagues.

The campaign offers a novel approach, which is to equip both “victims” and “perpetrators” with the skills to navigate the “inevitability” of workplace bias. By doing so, you can effectively negate its impact and, over time, eliminate its presence completely.

Traditional approaches fail to address a number of concerns. For example, they don’t empower those with real grievances, as this role is typically taken upon by a “majority” within your organisation. Furthermore, they tend to ignore the reality and “self-perpetuating” impact of reverse bias or unconscious discrimination towards a perceived dominant group.

The ads were produced by creative agency element26.tv, who expressed support for the campaign’s message. You can learn more about them at https://element26.tv

Buki’s approach has also garnered support from several professionals and business leaders. One executive health care coach lauded it for moving the conversation away from the belief that it is “us and them”. Another MD of a respected insurance recruitment firm praised it for giving an alternative view to the assumption that someone is wrong by default.

“Over-reliance on leaders to eradicate workplace bias keeps leaders viewed as and feeling like guilty perpetrators – which frequently turns into resentment- and minorities viewed and feeling like hapless victims; an extremely negative, demeaning stereotype that disempowers minorities and sustains an unfair and divisive status quo.” Mr Mosaku stated. “It’s time to break the cycle.”

Buki is an acclaimed business consultant who founded DiversCity Think Tank, a consulting firm in London specialising in pragmatic solutions designed to “dissipate” workplace bias. You can learn more about his unique approach in his upcoming book titled I don’t understand? A Practical Guide to Navigating Bias in the Workplace.

There’s a better way to eliminate unconscious bias in your workplace. Sign up for Mr Mosaku’s free webinar and take the first step in eradicating this issue once and for all!

if you want to know more!