Research looks promising for kratom as a viable, natural alternative to helping those addicted to opioids remove their dependency, however, more studies are needed. But this could all be for naught as the future of Kratommay be nixed if the World Health Organization gets their way 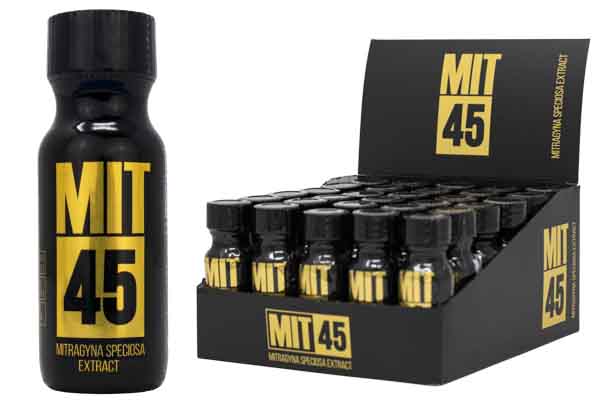 Kratom is legal in the U.S. and several other countries, but that could change soon if World Health Organization (WHO) decides next week to classify it as an illicit substance, but public outcry and pushback from Congress thwarted those efforts.

A WHO meeting will determine whether Kratom has a place for medicinal use or not worldwide including at home with American lawmakers who have twice tried classifying this Asian herbal supplement as “controlled.” But outcry from citizens resulted both times preventing them from doing so!

Kratom, an ancient plant from Southeast Asia has been used as a non-addictive substitute for opioids and may help wean addicted people from opioids. In 2020 there were nearly 70 thousand deaths related to the opioidcrisis inside the United States alone, so it could certainly make something positive come out of such tragedy if we use what nature offers such as Kratom.

Researchers are still in the early stages of understanding kratom’s true potential. So far, two government attempts to restrict its use have failed because they did not take into accountthe public outcry and pressure from Congress members on behalf of this controversial herb like many other countries around Europe do; Germany for example has had no issues with regulating herbs like maeng da thai oral Kratom capsules while others including Portugal has banned importing Kratom completely!

What’s Reallythe Root Cause of the Political Pressure in the U.S.?

Washington is trying to fast-track a ban on Kratom by going through the WHO instead of regulating domestically.Now advocates for this herbal supplement believe that Washington has something in its interest, as they are attempting an end run around federal regulation and taking international routes where possible at times.

Organizations such as the American Kratom Association (AKA) have worked diligently to thwart these efforts by legal methods on capitol hill and with the help of public support by the way of testimonials on how Kratom has positively affected their lives. And at present, these efforts have helped but overall have only slowed government efforts.

The World Health Organization (WHO) has announced that it will be reviewing the effects of Kratom. Experts believe the findings could set the stage for the plant to undergo further scrutiny by global health regulators, potentially putting it on the path towards being scheduled as a controlled substance.

Many think the reason behind the swift political push to make it illegal, despite the lack of evidence (which stands in direct opposition to the mountains of evidence around opioids like Oxycodone), is because there has been no major money to be made off of the natural plant from southeast Asia, unlike the billions generated from drugs such as OxyContin.

Will this Effectively Block Unbiased Research?

Researchers in the United States have been facing mounting challenges as they try to study Kratom and its effects, similar to marijuana researchers of the past, prior to its legalization.

The U.S or WHO scheduling of a drug, such as Kratom, would create even more obstacles for those who want enough access to conduct research on it without running into objections from their country’s government; like how we see complaints about domestic cannabis scientists being unable-or less likely than others -to get approval by using only “research-grade” weed-grown exclusively at one federally approved facility which limits our understanding about potential therapeutic uses.

The FDA has long been critical of Kratom, although not possessing any scientific information to back its claims, warning consumers to avoid it including seizing imported supplements containing the substance, only to be met by a constant public outcry from organizations that use Kratom to fight opioid addictions but also veteran organizations that have found the positive effects of Kratom to combat Post Traumatic Stress Disorder (PTSD) which is killing 22 of our nation’s veterans every day.

Both the Obama and Trump administrations tried to ban Kratom only to pull back because of widespread support for the drug from its adherents in the public and members of Congress, including Sen. Cory Booker (D-N.J.) and former GOP Sen. Orrin Hatch of Utah.

Scott Gottlieb, who served as FDA commissioner during the Trump administration, has asserted that kratom is just as dangerous as opioids, tweeting in May that he’s “convinced it’s fueling the opioid addiction crisis.”

Gottlieb’s claim prompted a swift rebuke from Brett Giroir, former assistant secretary for health and acting FDA commissioner during the Trump administration. Giroir rejected the FDA’s recommendation to classify Kratom as a Schedule 1 controlled substance because “of embarrassingly poor evidence & data, and a failure to consider overall public health.” Giroir, in a 2018 memo, rescinded the HHS recommendation to outlaw Kratom and called for more study and public comment.

After spending “hundreds of hours” reviewing the data, Giroir told POLITICO on Friday, he determined that listing Kratom as a Schedule I drug would stymie research and potentially steer users toward deadlier options like heroin and fentanyl. Gottlieb didn’t respond to requests for comment.

Two compounds in Kratom interact with the brain’s opioid receptors, which has raised concerns about whether people may become dependent on its use. But scientists like Garcia-Romeu say Kratom’s effects are different than that of opioids, noting that the drug doesn’t slow breathing to the extent traditional opioids do. “It’s a double-edged sword that has abuse potential, but it also has medical potential,” he said.

A survey Garcia-Romeu conducted in 2017 of about 2,800 self-described Kratom users in the U.S. showed that they’re typically middle-aged and white, and use the substance to treat the symptoms of anxiety, depression, pain, and opioid withdrawal. And 41% reported using Kratom to wean themselves off opioids, with more than a third of that group saying they stayed off those drugs for more than a year.

“When you see something like that, the signal is that, hey, you might have an effective treatment here for opioid dependence,” Garcia-Romeu said.

Mac Haddow, of the AKA (American Kratom Association), says his group wants to see the substance regulated as a food product so the raw materials are tested for contaminants like salmonella and heavy metals. FDA regulation also would require good manufacturing processes and labeling requirements, he said.

In a $2.3 million contract, the FDA has contracted Altasciences in Overland Park, Kan., to study Kratom dosing to determine its abuse potential. But under the terms contract, the FDA holds the rights to all of the data and documentation produced by the contractor, which is subject to a confidentiality agreement.

That could allow the FDA to keep the study’s results under wraps, Haddow said. “We believe science ought to dictate this policy,” he said.

Introducing ATS Prime Qmplete. A new rewards program that pays you to shop.
Nov 3, 2021
James Anson gives us a look at MIT45 and their innovative culture shift
Oct 23, 2021