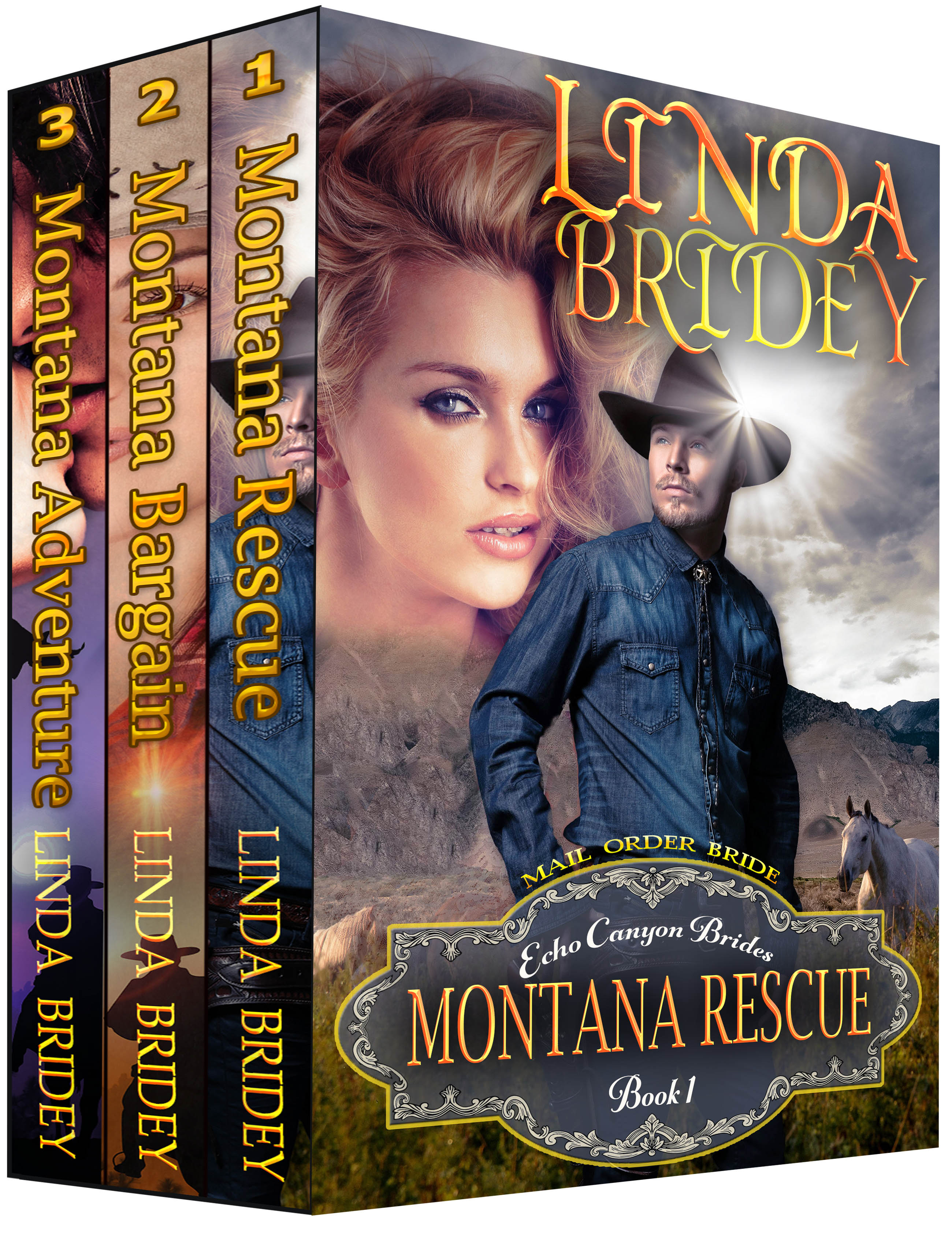 If you love action-packed romance tales of true love against all odds, then you will love this three-part Montana Rescue novel series. Get yours today!

Romance novelist Linda Bridey has released her romance novel series of the Echo Canyon Brides Box Set. The titles of the books are Montana Rescue, Montana Bargain, and Montana Adventure.

The newly launched series comprises of three novels, each a standalone from the others. They detail the stories of a rugged Sheriff, an opinionated Veterinarian, and a handsome Native American.

The story is set in the Northwest Territory in the 1800s. The first book tells you of the Sheriff, whose name is Evan Taft, who hopes that his pioneer township will become civilized by attracting educated women. As such, he sets out to place a mail-order bride ad. This results in Josie, whom the author describes as comely and virtuous, entering Evan’s life.

It continues that despite Josie’s presence, the Sheriff is still haunted by his troubled past. This, coupled with having to protect the frontier from a ruthless businessman, makes Evan uncertain about there being room for love in his life.

In the second book, Dr. Winslow Wu is introduced. He is a Veterinarian who is conscious of the fact that his heritage makes most white folk rank him below the animals he attends to. Despite this discrimination, the doctor maintains his belief that there is a need for a real medical doctor in the thriving town and a wife for himself.

Like his character counterpart in the first series, Winslow puts out an ad that results in him marrying the charming Dr. Erin Avery. And, as is the case with the Sheriff, the Veterinarian is concerned about his love life after discovering that the instant chemistry between him and his new bride could be rubbing him the wrong way.

The series concludes with the story of Billy Two Moons in the third novel. He is described by the author as a good-looking native who thinks he has found the woman of his dreams.

This novel tells that while awaiting the arrival of his mail-order bride Billy meets and is forced at gunpoint to marry Nina, a white woman. Though the matrimony between the native and the white American Indian slave is forced, the two end up falling in love.

Bridey’s novels combine the themes of opportunism, prejudice, and jealousy as the three protagonists follow their heart’s desires in the small Montana town. As the plots for each story thickens, you are sure to eagerly devour the 700 pages to find out if these daring men and women of the frontier survive dangerous times in pursuit of love.

You can click on the link above to purchase copies of the Echo Canyon Brides series.

Enjoy The Thrill of Love And Danger From This Three-Part Romance Novel Series
Jul 25, 2020
Read The Best Montana Romance Novels From This Bestselling Amazon Author
Jul 9, 2020