Pierre Williams Releases Joyful Rendition of “I Can Only Imagine”

The latest single from Pierre Williams “I Can Only Imagine” is streaming now all digital platforms, including Apple Music, Spotify, and Napster. 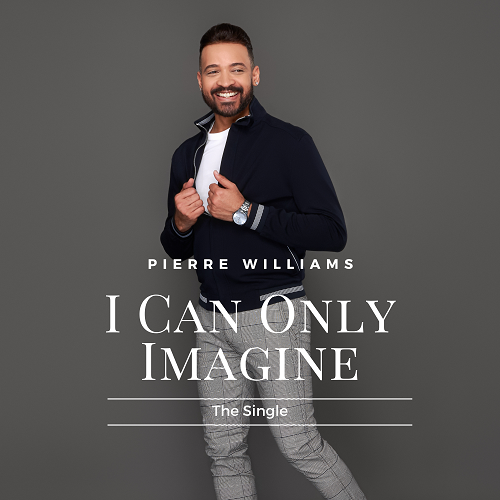 Pierre Williams has recorded a joyful rendition of MercyMe’s “I Can Only Imagine”. He has sung the song as requested at many weddings, funerals, and church services. For many years, his fans have requested he do is own version. Ever willing to uplift and encourage, Pierre Williams has finally done just that. His version of I Can Only Imagine with it’s Neo-Soul vibe, it’s heartfelt vocals, and it’s powerful message will elevate the imagination of his fans and will deliver such encouragement to all who dare to listen.

Pierre Williams has high hopes that the new single is joyful and said, “Encountering the love of Jesus, though humbling, can also be very joyous. That’s what this version of I Can Only Imagine is all about. We might spend a lifetime in tears and sorrow. But there is something about His presence that should eternally fill us with joy”.

When asked why cover such a popular Christian song, Pierre Williams said, “Every songwriter should dream of his or her song reaching the masses by whatever voice God allows. Covering someone’s song, especially a fellow songwriter, should be an honor”.