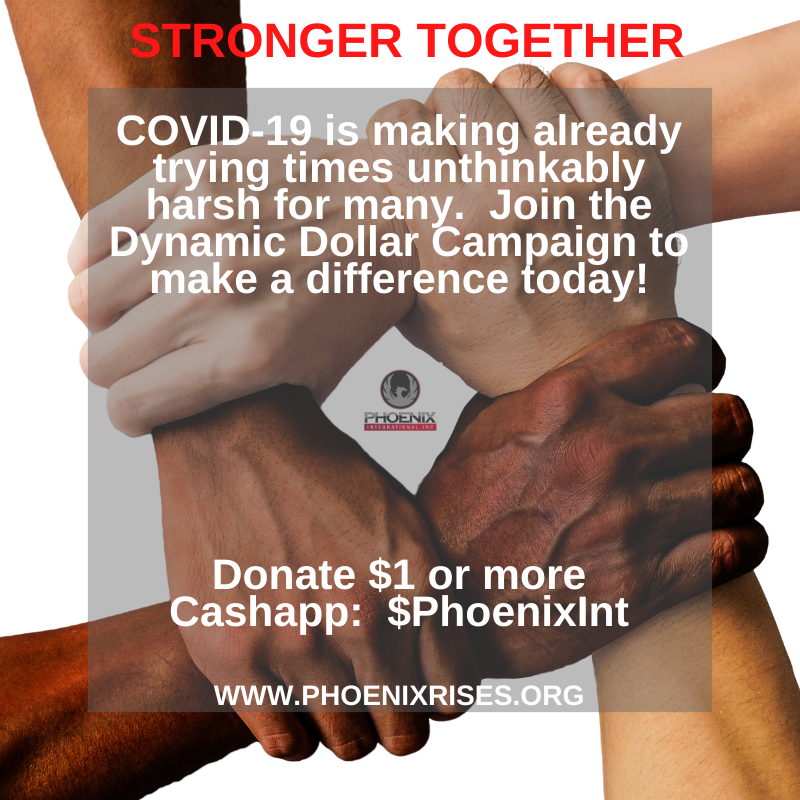 A decade and a half ago the seeds of a dream were planted in the hearts and minds of two young men of Morehouse. Maurice D. Ravennah and Floyd H. Hardin III realized and fostered an amazing friendship while attending Morehouse not knowing that friendship would later birth an organization and a movement for positive change in the community. The two went on to take their career paths with both commonalities and differences, picking up skills an acumen that would prove invaluable to them in their later mission to be the change they wished to see in the world. The two reunited in Atlanta Georgia after having crisscrossed the country and the world climbing the ladders of their respective careers.

The two had always been civically minded and aligned their goals with both personal and community advancement.

In early 2016 they were made aware of a dire problem in their community, one with far-reaching and severe ramifications. They met a friend at a real estate convention who happened to run several state-funded youth group homes. She expressed that youth aged out of the Foster Care system every day having not been equipped with the necessary skills to sustain themselves, let alone strive for success and personal advancement. They were truly dismayed to find the breadth of the problem in their research.

They knew this was a problem that not only affected the youth themselves but affected all of society. These youths being left to their own limited devices to fend for themselves in an inhospitable world often fell into homelessness, crime, and drugs, which all had grave implications on their communities. These facts proved to be both upsetting and inspiring. They were upset by the injustice of these poor youth being robbed of opportunity and set up for failure being left to the proverbial wolves. They were conversely inspired by their findings that there were however limited resources and programs that could if employed correctly or even efficiently alleviate some of these injustices. Their research leads them to find the state’s Independent Living Program.

The ILP was the state’s answer to this problem. The program had great potential based on the basic and minimum standards for room board and watchful oversight as outlined on the state department of family and child services website. The state rubric gave great and far-reaching latitude for individuals and firms to write programs to suit various populations of youth in various ways.

These two Morehouse Men were never fond of or accustom to doing just enough to get by. They felt the minimum standards as outline allowed for firms to fill a temporary need without providing a permanent solution. This was the notion that spawned Phoenix International Inc. The two joined forces with another friend and colleague Nancy Williams to incorporate an agency for social change focused on providing these youth with key life skills, introductions to a better way of life, and the necessary tools to sustain that way of life and better it once leaving the program.

The company was founded on April 12, 2016. Now four years into existence and 3 years into a state contract with the Georgia Division of Family and Children Services the organization looks to grow not only its size but its reach. Phoenix International Incorporated Independent Living Program is housed at the Villages at Carver apartment complex. Paying market rate means the firm is paying the equivalent of a $5,000,000 mortgage for the 12 leased apartments. This prompted CEO Maurice Ravennah to devise a plan to move the firm to its own facility. The CEO has established a budget of $2,000,000 for the project. They intend to purchase a land track in Atlanta, GA, and establish a container garden office and residential facility. The firm is excited about the ability to create this ecofriendly community in a woodland oasis within city limits.

Phoenix has created the Dynamic Dollar Capital Campaign to assist with this project. They are asking individuals who can, spare $1 or more, and share the campaign with their friends. Donations are taken via Cash App at $PhoenixInt . Phoenix has partnered with Local consulting firm, Griffin Global Incorporated and Human Rights Organization, Just Stop Killing Us to help promote the capital campaign. Every dollar counts!

We are going on tour around the U.S. for Phoenix Rise Community Resource Fairs
Jun 10, 2020
Help Affected Youth Get Employment and Housing By Donating To This Charity
Jun 8, 2020

Save Lives By Joining This Organization And Stop People Drunk Driving
Let This Financial Literacy NGO Training Help The Youth In Your NC Community
Support This Charity Campaign By Signing Up To Its Free Monthly Newsletter
Improve RN Career Advancement With Williamson County Pediatric Education
More ...

Who Is The Best Electrician In Your City For 2020 in Australia?
Where Do Hong Kongers Shop For The Best Yoga Clothes, Gym Clothes and Activewear?
Get The Best Architectural Drafting Interior Design Solutions In Red Deer AB
Vurbl Announces Successful Pre-Seed Fund Raise Prior To Audio Platform Launch