Martin Koloc: The Buggyra Academy young guns are getting better and better!

Long term work is starting to pay off! Both as a boss and as a father, I am happy that the direction Buggyra Academy is going in is the right one. This is proven by the record results of Teo and Aliyyah in the French championship and their double in Sunday’s main race during the European Truck Racing Championship in Jarama. when both our young drivers were on the podium. 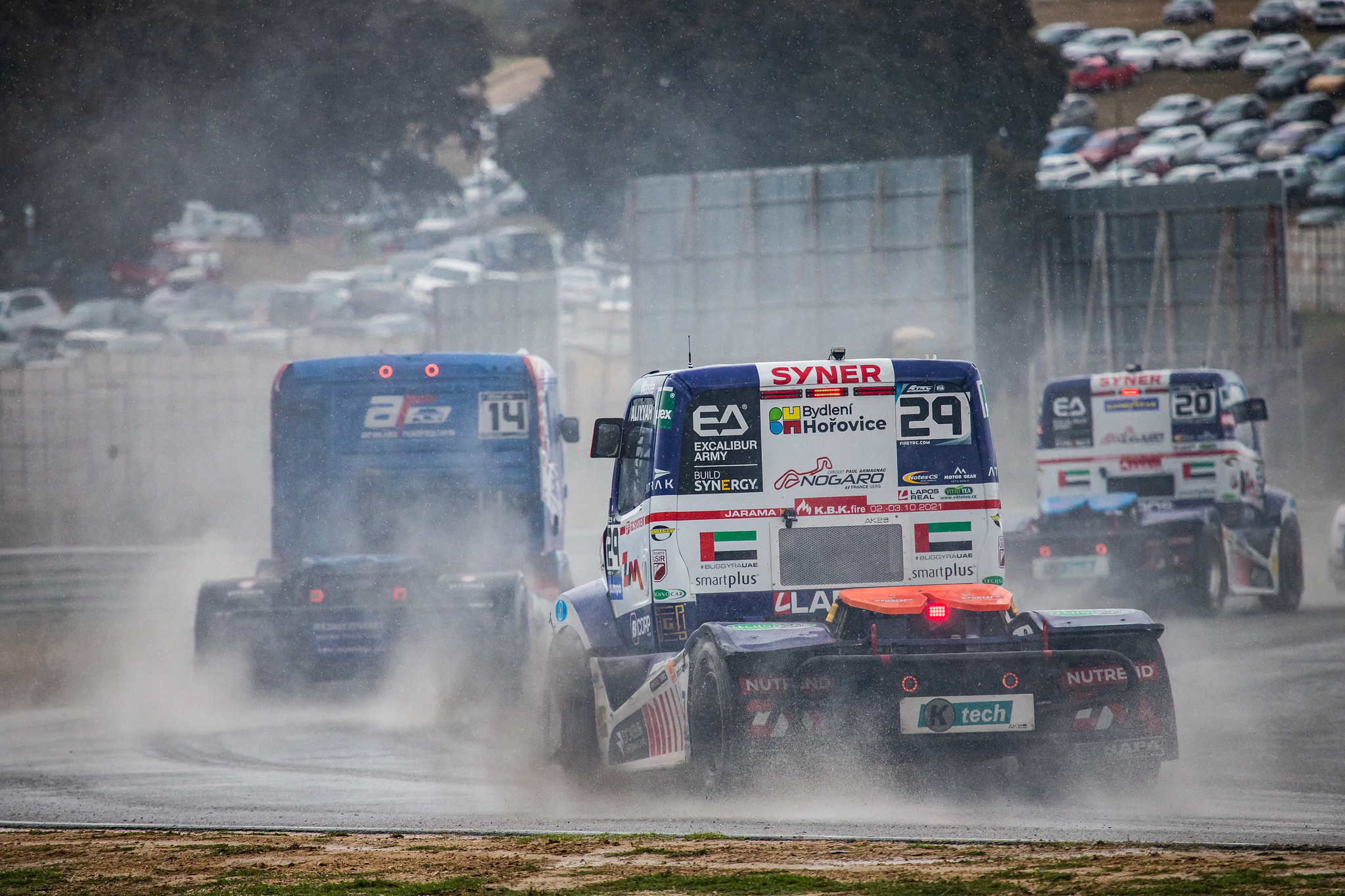 Buggyra Academy’s long term work is starting to pay off. After the phenomenal success of the two young Buggyra drivers in the French Truck Championship, where they were overall winners in all categories, Téo Calvet and Aliyyah Koloc managed to put themselves on the podium in the European Truck Racing Championship.

Qualifying showed a lot. On a wet track they both made it from qualifying to the Super Pole in the top 10 drivers. It was already a historic milestone for Aliyyah Koloc, she had never done it before. She then finished on points for the first time in the race, taking 9th overall. That meant 2nd place in the Goodyear Cup. Téo Calvet was a notch better and the Buggyra Academy drivers got their first double! Téo crowned his successful season with the first European Truck Racing Championship win of his career by winning Sunday’s second race.

“I am very happy about the fourth race. It’s my first victory in the European Championship, so I’m really happy, it was an amazing race. It’s the first win, but not the last – I hope.” said Teo Calvet

Aliyyah Koloc was thrilled with her performance, “At the beginning of the season, we agreed in the team that in my case the season will be about race mileage, if there are points it will be good, if not, life goes on and there is plenty of time. What I did today is above plan! Just being in the superpole was a great achievement in the competition of four European champions.” adds the 17-year-old Buggyra Academy member.