Have you been following the local Los Angeles indie rock scene lately? Then you must have heard of Francisco Aranda? If not, these live streams are the perfect introduction. 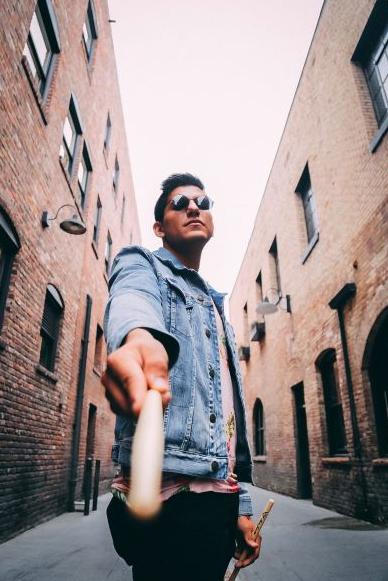 Have you been wondering who’s doing drums for The Citie recently? Check out these live streams to find out.

Los Angeles-based Mexican drummer Francisco “Paquito” Aranda has started a series of live streams with the indie-alternative band The Citie aimed at promoting 1:23, their new album.

The Citie, with Francisco Aranda on drums, is offering indie fans and newcomers alike an opportunity to sample their most recent work together as a band through these online performances.

Go to http://www.franciscoaranda.com.mx for more information.

Paquito is offering indie fans and newcomers alike an opportunity to sample his new work with the band through these online performances.

The group is currently doing streams in different venues in the United States, Mexico, and Latin America.

Apart from being the band’s drummer, he is also working with the indie group as a co-producer. He said that 1:23 was the result of months of recording and production with the other members, adding that they began working in the studio in January. In addition to working on the new material for The Citie, Francisco has been collaborating with the Latin Jazz Group The Bara Group, in which he participates as an arranger and drummer and conducting productions and arrangements for various artists.

Originally from San Luis Potosí, Mexico, Paquito started playing drums as early as 14 years. At 16, he was already touring with local artists in different venues and festivals within Mexico and internationally.

He would soon enter the Centro de las Artes de San Luis Potosí focusing on his Jazz formation. On the side Francisco was being mentored by Antonio Sanchez and Adrian Cota, prominent internationally recognized Mexican drummers and musicians.

His training would enable him to enter the California College of Music in 2018 with a maximum scholarship.

He played for Beatriz Solís, the daughter of singer and composer Marco Antonio Solís, in her promotional tour in the United States in early 2019. He had also worked live with Dellag Duffers, Adal Loreto, the International Symphonic Ensemble, and more.

In early 2020, he played drums for Found, a musical directed by Tony nominee Moritz von Stuelpnagel and performed by the IAMA Theatre Company.

Paquito began collaborating with The Citie in 2019. The band is originally from Los Angeles and consists of the three Cohen brothers: Jonathan on main vocals and guitar, Adrian on guitar and backing vocals, and Daniel on bass, and Francisco Aranda on the drums.

The band’s music stands out owing to its smooth rock-inspired instrumentals and the equally soft quality of the vocals.

When not performing, Paquito teaches music clinics, online classes and plays different gigs around Los Angeles. According to him, he offers personalized programs that can cater to the musical style, technique, performance, and other needs of the student.

Follow this hottest new talent from Mexico. Check out these live streams to see why the hype is well deserved!

Full details about Paquito’s career and upcoming events with The Citie or other productions. can be found at the URL above.