Mother Melania Salem’s “Capers and Harry: High Climbing” is a fun, kid-friendly lesson on humility and vanity that appeals to children and adults alike. More information can be found at her monastery’s website: https://holyassumptionmonastery.com/bookstore_200121_2 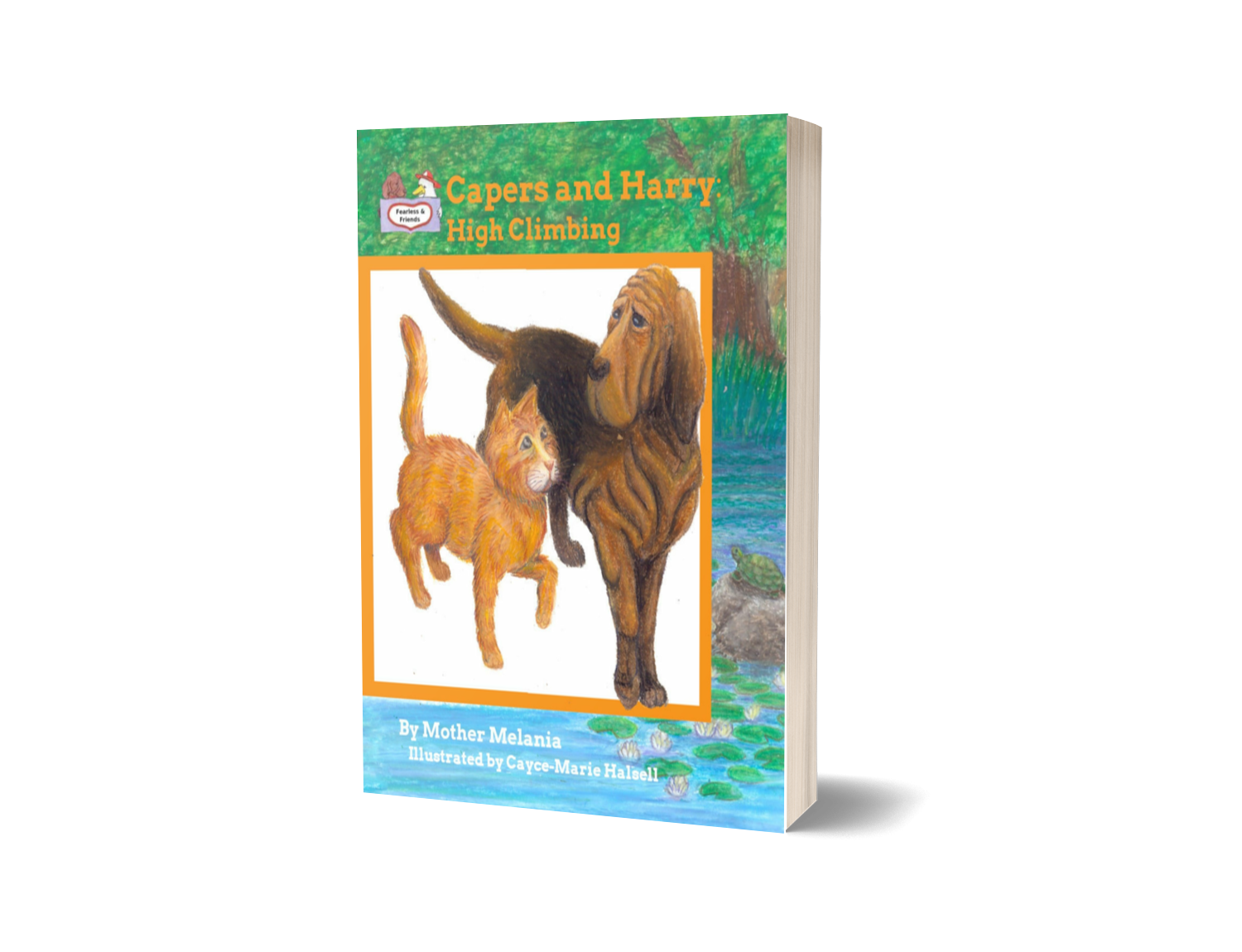 Mother Melania Salem is re-launching “Capers and Harry: High Climbing,” a whimsical animal fable that teaches an engaging lesson on humility, pride, compassion and healthy community. "Capers and Harry" is much loved by fans of Children's Books on Virtue.

The book is available on Amazon and on her monastery's website. More information on the book can be found here: https://holyassumptionmonastery.com/bookstore_200121_2

"Capers and Harry" is the first book in Mother Melania's "Fearless and Friends" series. These modern-day animal fables were written with the aim of teaching virtue in a fun, non-preachy way. The series is being re-launched in anticipation of the August 2022 release of the fifth book in the series, "Slowpoke Sloth and Busy Beaver: Easy Does It!"

Each book in the series addresses certain virtues and their corresponding character flaws. In addition, they all strive to balance personal responsibility with compassion, while celebrating healthy community. "Capers and Harry" contrasts the vain and proud Capers the Cat with the patient and humble Harry the Hound. When Capers' vanity causes him to get stuck in a tree, Harry hatches a plan to rescue Capers and let him save face at the same time. Cayce-Grace Halsell brings the animals to life with her realistic yet endearing illustrations. The series is published by Holy Assumption Monastery.

When asked why she wrote this series, Mother Melania said that she used to help out with the religion classes at an Orthodox Christian Classical School near the monastery. Among other things, these classes focused on teaching the traditional Christian virtues and vices. The challenge was to do this in an engaging, non-judgmental way. As Mother Melania had already written several series of children's books, she started looking for a premise for a new series.

The premise came when the sisters were returning to the monastery after being evacuated due to fire. On the way home, some of the sisters stopped at a novelty store to pick up toys for children visiting the monastery. Among the toys was a rubber duckie wearing a fireman’s jacket and hat. Thus was born Fearless the Fire Duck, along with his virtuous and not-so-virtuous friends.

Salem has hopes that these books will present the virtues as what they are - powers that allow children and adults alike to live the lives of joy and love that God meant them to live.

In a recent interview, the author made a point of thanking the children of St. John of Damascus Academy for their part in the creation of the book, saying: "They helped bring this series to life with their input and general love of life."

Those interested in learning more about the series can visit here: https://mothermelaniaskidsbooks.com/kidsbooks#fearlessandfriends