Mr. C’s Homeschool Music Academy has released 3 or more previously unpublished facts about proper singing techniques, and also offers additional music lessons. Open for over a year now, Mr. C plans on providing music lessons for all those that seek to learn music, in addition to focusing on vocal coaching. You can take your first voice lesson now on our website at: https://www.mrcshomeschoolmusicacademy.com. 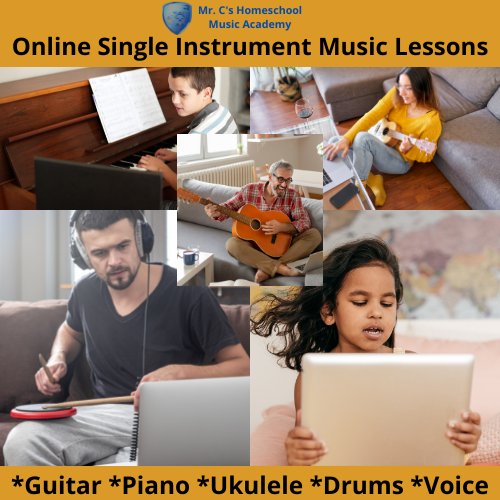 The 3 items include nuggets such as how:

Breathing and stance play a huge part in how you sing.

The idea for creating Vocal Coaching came about after over 20 years of teaching music professionally. “I decided to build my own music academy where I could focus on my main instrument, voice.”

Vocal Coaching had been in development since 2020. Mr. C began teaching online music classes and lessons and now after a year of planning, he has time to focus primarily on vocal coaching, his main music expertise. Mr. C has had many influences in his past, but the main influence that has driven his passion would be his High School music teacher. The over 20 years of experience as a vocal coach, began with his high school music teacher, Ms. Perry. Mr. C has worked tirelessly to create a vocal coaching experience conducive to each student’s abilities by industry standards. This goes to show, his hard work and dedication put into creating individualized vocal coaching sessions, has set Mr. C’s Homeschool Music Academy apart from other vocal coaches and music schools.

Vocal coaching almost didn’t see the light of day, when searching the internet for possible competitors in the vocal coaching field, the academy marketing director realized there were other vocal coaches that came from more prominent schools, and were social media famous, with famous celebrities as clients, and the chance of Mr. C’s Homeschool Music Academy going up against those giants in the industry seemed impossible. They were thinking about offering something else, when Mr. C realized that none of the competitors had his strongest attribute; almost 30 years of experience singing professionally, including for Lincoln Center and Carnegie Hall in New York City, and over 20 years of experience teaching professionally, for public school and privately combined, for all ages and abilities. We realized that experience trumps all and forged ahead with his vocal coaching business. As marketing began and telephone sales ensued, we realized that vocal coaching had more to do with skill from experience, and less to do with school and associate popularity.

Mr. C’s Homeschool Music Academy did something different compared to other businesses in the Music Lessons space, because they take a more hands-on approach to voice coaching, like a coach should. They listen to their students and work together to decide on the next steps that must be taken. Because Mr. C is the only voice teacher within the academy, he knows his students and his students know him. There is no possibility of a student having to switch teachers or learn another way from someone else on occasion; Mr. C is their only teacher so every student’s progress can be efficiently tracked to ensure advancement..

Vocal Coaching was released as part of Mr. C’s Homeschool Music Academy’s greater plans to provide vocal coaching for all ages and abilities from all over the world; Mr. C would like to help with auditions, school competitions, talent shows, and anyone who just loves to sing. It’s hoped this goal will be achieved by 5 years. We would love to see Mr. C’s Homeschool Music Academy become a household name and known throughout all places of the world.

Mr. C’s Homeschool Music Academy got it’s start when founder Oswaldo Coello noticed a growing need for online music lessons for all ages and abilities, Oswaldo Coello decided to go ahead and start in 2020.

Oswaldo Coello is quoted saying: “We like to do things to connect with our consumers and customers; things like, we use our online platform to obtain students from all over the world. We also have an additional online learning platform that can be used for reinforcing the vocal coaching. We also utilize online web software to provide the lessons for students that are unable to be reached by physical location, and releasing these little factoids even after Vocal Coaching hits the market are what makes all the difference.”

Vocal Coaching has been live for 1 month since we began our vocal coaching segment of Mr. C’s Homeschool Music Academy. To find out more, it’s possible to visit https://www.mrcshomeschoolmusicacademy.com

For more facts and further information about Mr. C’s Homeschool Music Academy, this can be discovered at https://www.mrcshomeschoolmusicacademy.com