Are you a teenage or young adult? Do you have a love for the sci-fi and fantasy world? Check out this three-part novel series that comes in electronic, audio, and paperback forms. You won’t regret it! 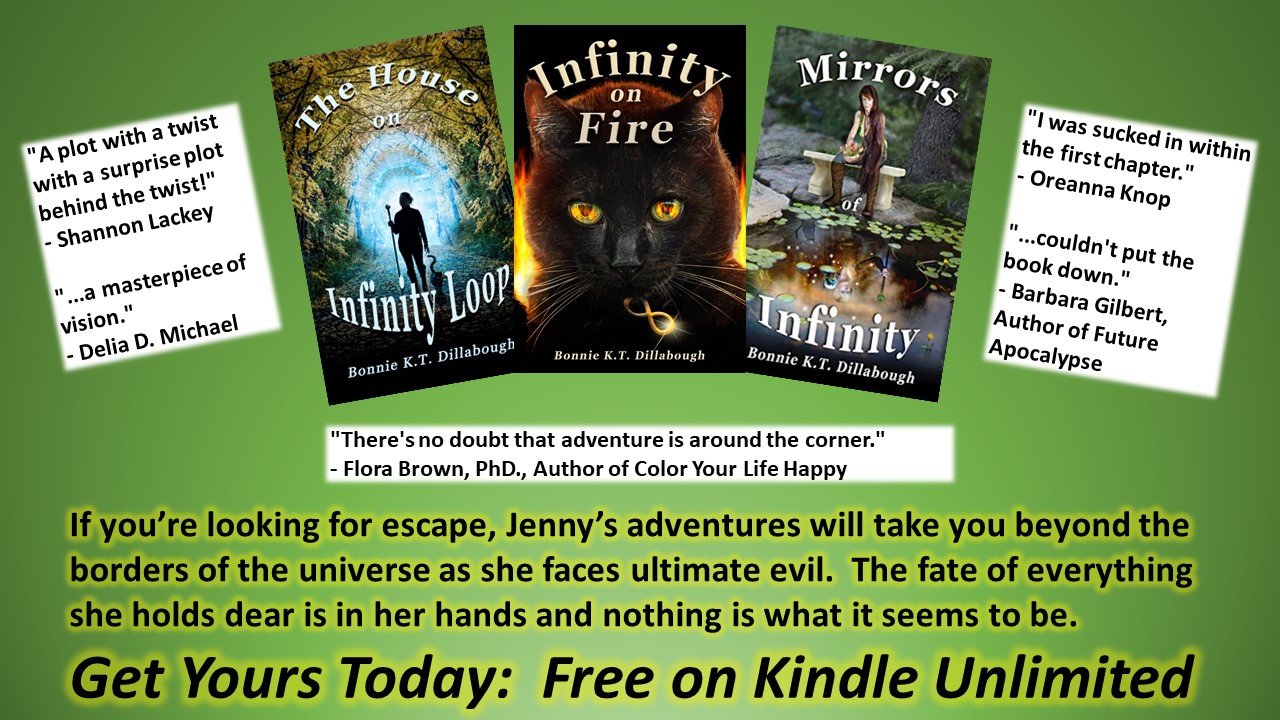 If you love a good sci-fi story mixed with fantasy then you’re bound to enjoy Bonnie Dillabough’s newly released Dimensional Alliance book series. The young adult trilogy centers around a strong female protagonist and a plot of unpredictable twists!

Author Bonnie K.T. Dillabough has released her Dimensional Alliance book series. The science fiction trilogy is aimed at getting young adults and teens excited about reading.

Find out more at https;//dimensionalallianceheadquarters.com/about!

The young adult sci-fi book series offers a “clean read” to its audience, indicative of no profanity and mild violence. Considered the new approach to science fiction, the trilogy contains an escape room reality with unpredictable twists that will have you constantly surprised.

The first of the three-part series, The House on Infinity Loop tells the story about Jenny, a professional ghostwriter residing in Los Angeles. While there, Jenny inherits a house along with a cat and a key from an aunt she’s only met once. Since the three items turn out to be different from what they appear to be, the strong female protagonist is thrust into a conflict that goes beyond any boundaries or limits that she could ever imagine.

The second book, Infinity on Fire, is a continuation of the first. It tells of Jenny having the weight of the multiverse on her shoulders and the fate of everyone she cares about in her hands. Mirrors of Infinity concludes the series and the main protagonist’s story. This time, you follow Jenny as she resumes her journey with a broken heart and the responsibility for the entire multiverse on her shoulders.

Apart from the constant plot twists, you are treated to adventure, engaging and unique characters, as well as the presence of dragons and other mythical creatures. In essence, even though it is science-fiction themed, Dillabough’s trilogy reads like a fantasy on account of the adventures in the multiverse that it portrays.

Described as a voracious reader, Dillabough began writing at the age of 8 when she penned a 26-line poem entitled “My Christmas ABCs”. The now sci-fi writer had always wanted to continue her writing career but was “gloriously” derailed by the responsibilities of being a wife and a mother of six.

When not writing, Dillabough enjoys reading, crocheting hats for the homeless and gifts for friends and family, and also plays an active role in her church. Her young adult three-part sci-fi series is available at https://www.amazon.com/Bonnie-K.T-Dillabough/e/B01M1DN48J in e-book, audiobook and paperback forms.

You can click on the links above for more details!

Get Your Paperback Personal Bible Study Notebook for Women & Men From Amazon
Love Romance Fiction? Read This Dramatic Mail Order Bride Kindle Release Now!
Get The Best PLR Stock Digital Files To Use And Sell For Your Ecommerce Business
Receive The Inner Love And Unity You Need With This Mathematical Self-Help Guide
More ...