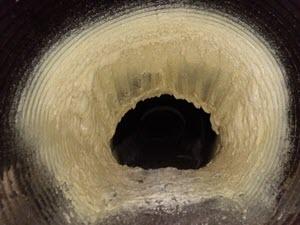 Heavy storms in California last year caused severe soil migration that destabilized a slope and collapsed a huge culvert leading to the main space launch access road at Vandenberg Air Force Base. Officials scrambled to find solutions to repair the road as quickly as possible to prevent further delays of a critical $1.5B space and missile project. Details of the job and method used can be found by clicking the link below:

Engineers decided to ditch their original emergency design in favor of a lightweight and less environmentally invasive method proposed by EagleLIFT. The contractor worked at a rapid pace while working very closely with local environmentalist so as not to disturb the habitat of sensitive plant and animal species.

The site happened to be the home of protected species that further complicated the mission. EagleLIFT engineers and crews worked very closely with on-site environmentalist in order to not disturb the protected plant and animal life. The species included California Buckwheat, El Segundo Blue Butterflies, Tar Plants and Red-Legged Frogs. Disturbing any one of the species could have resulted in an immediate shut down of the critical project.

“This was a high-profile project with an approximate $1.5B mission and national security at stake,” stated Carlos Castillejo, Project Manager for EXBON, General Contractor for the project. “All eyes were on the EXBON-EagleLIFT Team to complete the project successfully and without delay, something we did with absolute success!” The job was completed in 8 days rather than the 30 allocated.

“We would like to thank both Vandenberg and EXBON for their confidence in EagleLIFT, and we were glad to be a small part of ensuring the missions of our military are executed with the utmost quality and efficiency,” says Donald J. Moody, President, and Owner of EagleLIFT. “As a retired USAF Colonel, I take great pride to ensure that EagleLIFT’s operations are top notch especially for our military clients.”