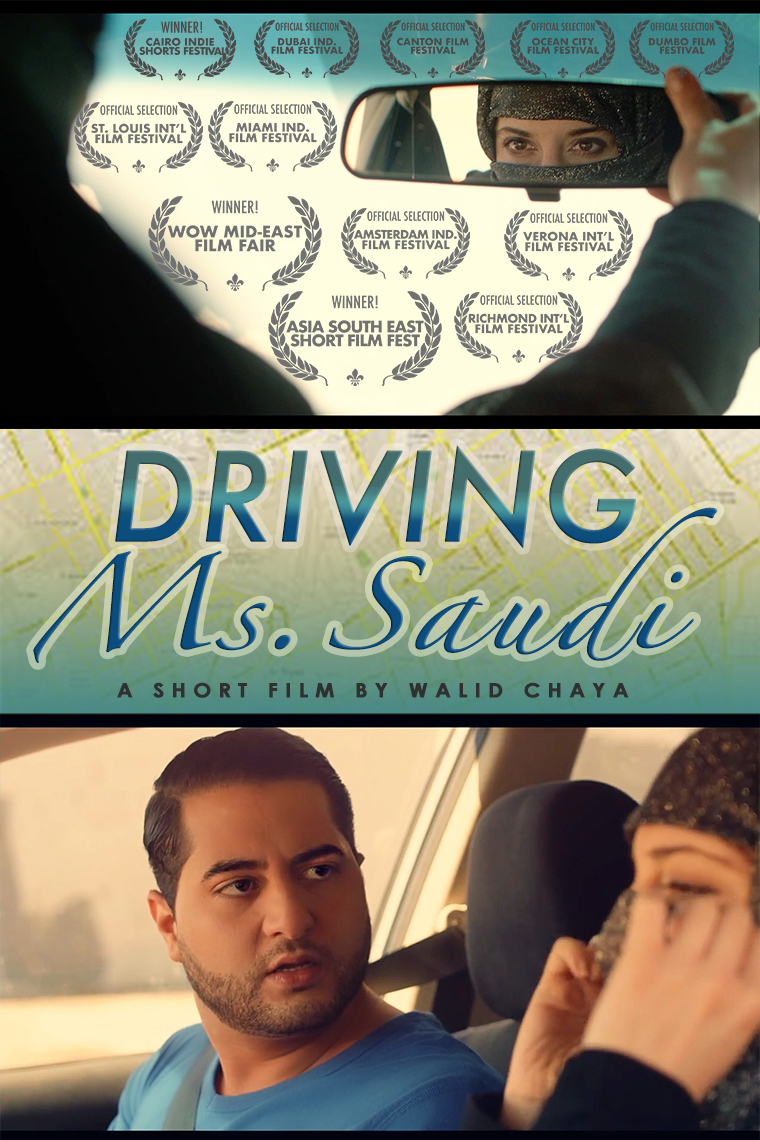 Hollywood actor-director Walid Chaya has received another award for his short film ‘Driving Ms. Saudi’. Announced recently as the winning film at the Cairo Indie Short Festival, the award marks the third for the rising star’s worldwide release.

‘Driving Ms. Saudi’ draws from the real-world events in Saudi Arabia, where women were finally allowed to drive as of 2018. Starring Walid Chaya himself, the short movie charts the amusing tale of a son trying to help his mother drive for the first time.

Are you curious to learn more about ‘Driving Ms. Saudi’? You can visit this page for more information about Walid’s award-winning short film: https://moonlitwings.org/drivingmssaudi

Chaya wrote, directed and starred in ‘Driving Ms. Saudi’, which was produced by Moonlit Wings Productions. The film has screened at over 15 festivals worldwide. Chaya’s recent award from Cairo was for the category of “Best First Time Filmmaker.”

The Cairo Indie Short Festival seeks short films from all genres and nationalities, with particular focus on countries which are under-represented in the global film industry.

Nomination of ‘Driving Ms. Saudi’ followed evaluation and short-listing by a team of professional screeners in a highly competitive selection process. The movie was selected as this year’s winner after a panel of judges reviewed and scored each nomination.

Walid Chaya is an award-winning director-actor based in Los Angeles. Walid can be seen in ‘Madam Secretary’ (CBS), ‘Blacklist: Redemption’ (NBC), ‘The Looming Tower’ (Hulu) and opposite Jamie Bell in the feature ‘Skin’ directed by Oscar-Winner Guy Nattiv.

The Lebanese filmmaker/actor views himself as a voice for the Arab community, and his desire is to create content that empowers and entertains.

Walid said, “I believe that as an Arab-American artist in Hollywood, it is my duty to bring these crucial stories to light. I found this film to be the perfect vehicle to put my skills in action and support the #women2drive movement.”

For information about Walid Chaya you can visit this page: https://walidchaya.com

Get The Best Neck Pain Treatments In Lafayette, CA Without Medication Or Surgery
Book A Stay At Millmoor Farm For A Memorable Working Farm Family Experience
Learn How To Direct More Traffic To Your Website With This Marketing Webinar
How Traffic Tube Secrets Rank These Paul Murphy Magic Funnels on GOOGLE in 2021.