Evergreen jobs are convenient, but they’re hard to find on job boards, can turn candidates off, and wreck recruiting analytics. 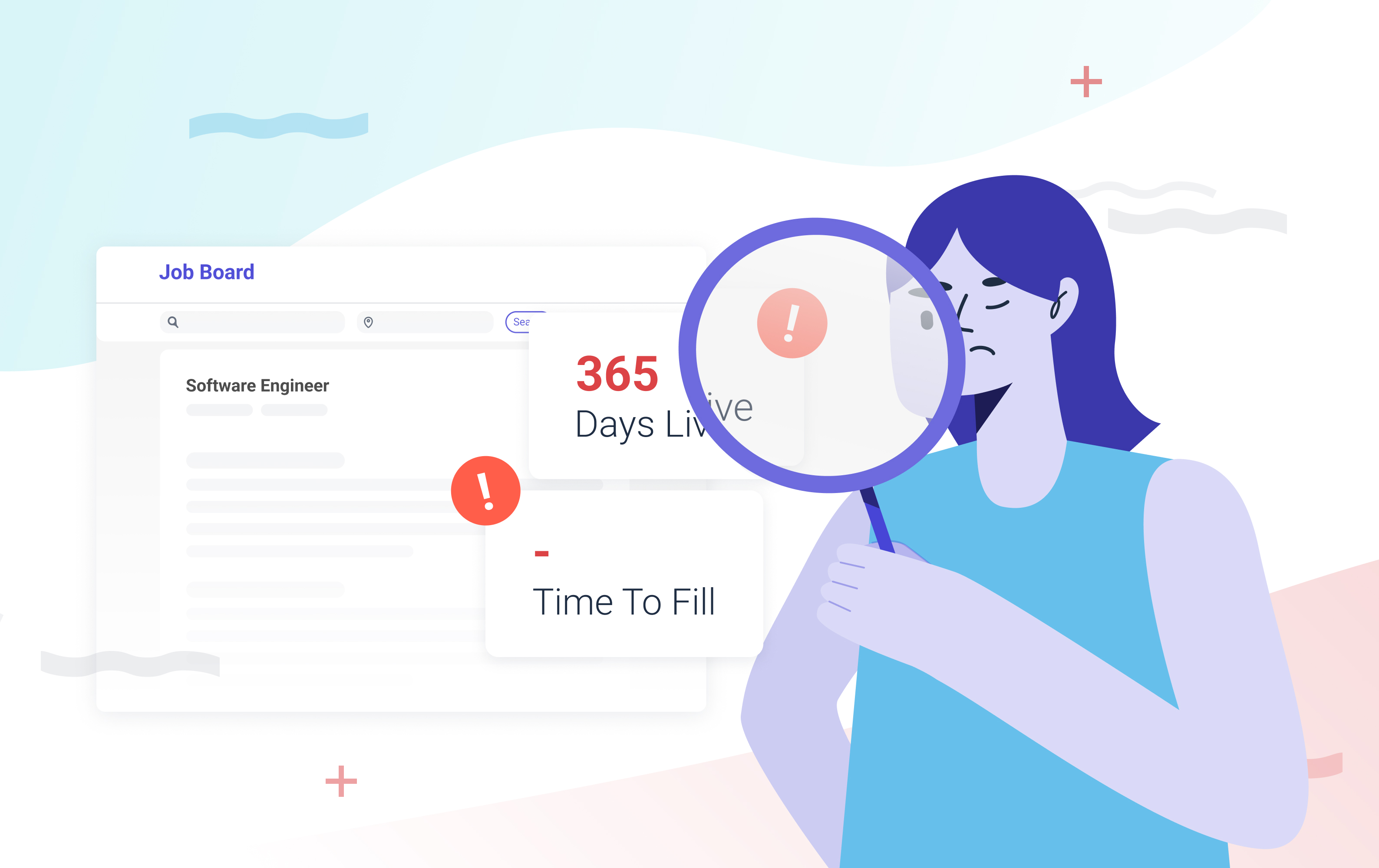 Rather than create a new job every time, some hiring teams just leave the job open. Evergreen jobs are convenient because hiring teams don’t have to advertise the same role over and over.

Evergreen jobs are hard to find on job boards

Job seekers use titles as search terms, and they search for industry-standard titles. That means titles that include words like ‘Guru’ or ‘Sensei’ are hard to find. Also, titles with ‘Senior’ in them can deter job seekers.

At the same time, job board search engines attempt to provide a good search experience. Part of that is showing new listings at the top of the page so job seekers don’t have to scroll down. Because they don’t close, evergreen jobs keep falling down the search results, making them harder to find. The longer they’re open, the harder they are to find.

Some hiring teams like to use their applicant tracking system (ATS) as a repository for candidates. These ‘Pipeline Reqs’ rely on evergreen jobs to continuously collect applicants, which recruiters can then ‘funnel’ into other open requisitions. But this approach can leave applicants waiting weeks or months for a response.

Candidates quickly tire of job boards full of ‘phantom’ jobs that aren’t really open, are only open for legal reasons, or seem tailored to a ‘unicorn’ candidate. Receiving no response or even a timeline of when to expect one can put job seekers off. If they don’t feel like a company is interested, they’ll turn to other companies.

Because they stay open, evergreen jobs don’t offer an end-to-end view of each round of hiring. Companies can’t see how many applicants went through a particular hiring round or even whether a round resulted in a hire.

Recruiting analytics relies on full pipeline data and clear metrics for every stage of the hiring process. With those, companies can see not only how many women applied, for example, but how many applied, received an interview, and got an offer.

Two of the most important recruiting metrics are days live and time to fill. Days live shows how well job ads are performing, while time to fill tracks the total time it takes to fill a job. It’s impossible to measure either if a job never closes.

It’s tempting to use evergreen jobs for convenience. It’s also tempting to collect candidates in an ATS and move them between requisitions depending on their qualifications. From a general recruiting standpoint, those types of actions make sense.

But from a recruiting analytics standpoint, those actions sever the connections between candidates, requisitions, and job ads. And hiring teams lose the ability to measure their efforts accurately.

Leverage a hiring freeze to be stronger than ever when hiring picks back up
Nov 19, 2022
Small Candidate Pools? Blame the Job Ad.
Nov 10, 2022