Discover one of the most fun family outings with free admission, where you can watch up close the best Cornhole players around battle it out for the ACO World Championship in their division and enjoy tons of family activities and entertainment, throughout the last week of July. 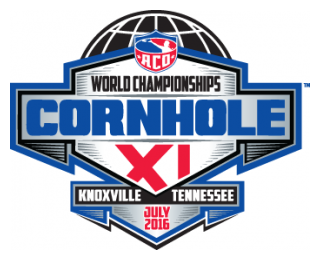 The American Cornhole Organization (ACO) announced it will be holding its ACO World Championships of Cornhole XI in the Knoxville Convention Center, Tennessee, between July 26th and 30th.

More information is available at http://AmericanCornhole.com.

The ACO World Championships of Cornhole XI is a family festival organized by the governing body of the sport, American Cornhole Organization, which includes competitive and social Cornhole division tournaments to find the sport’s champions along with a broad range of activities and entertainment in a social atmosphere tailored to ensure a fun family outing.

The ACO has announced it will be holding its 11th edition of the Cornhole World Championships event, starting with the ACO Corporate Slyder Cup where Knoxville business teams gather and compete for a trophy and local bragging rights, on July 26th, and culminating with the finals of the professional divisions, taking place between Friday July 29th, and Saturday, July 30th.

The ACO World Championships of Cornhole XI event is admission free for all spectators and the American Cornhole Organization will also allow viewers to follow a live feed of the event through its Facebook page at https://facebook.com/americancornhole/.

Frank Geers, from the American Cornhole Organization, explains that “the Knoxville Convention Center is a great place to play and watch Cornhole and there will be something for everyone at this fun packed 5 day family event, before we crown the next King or Queen of Cornhole”.

The ACO adds that “we are planning to bring you the best of the best and plenty of Cornhole for all along with the usual expected festival of events and a number of unexpected surprises for this year that will be announced through our Facebook page”.

More information on the ACO World Championships of Cornhole XI event, its multiple competitive and social divisions or the activities planned, and more, can be consulted on the website link provided above or at http://news.findit.com/news/1798854/aco-world-championships-of-cornhole-xl-knoxville-tn-july-26-30.

Get Discount ACO Gear & Run Tournaments Earning Income As Cornhole Official By Entering This Search
Aug 18, 2017
How to Become An ACO Cornhole Certified Official And Make Some Good Money On The Side
Aug 10, 2017