Check out our Top Ten list for Black Hollywood’s Rising Stars of 2020. This list may one day be the future Oscar Winners that we can one day say, we saw them at the beginning of their careers! 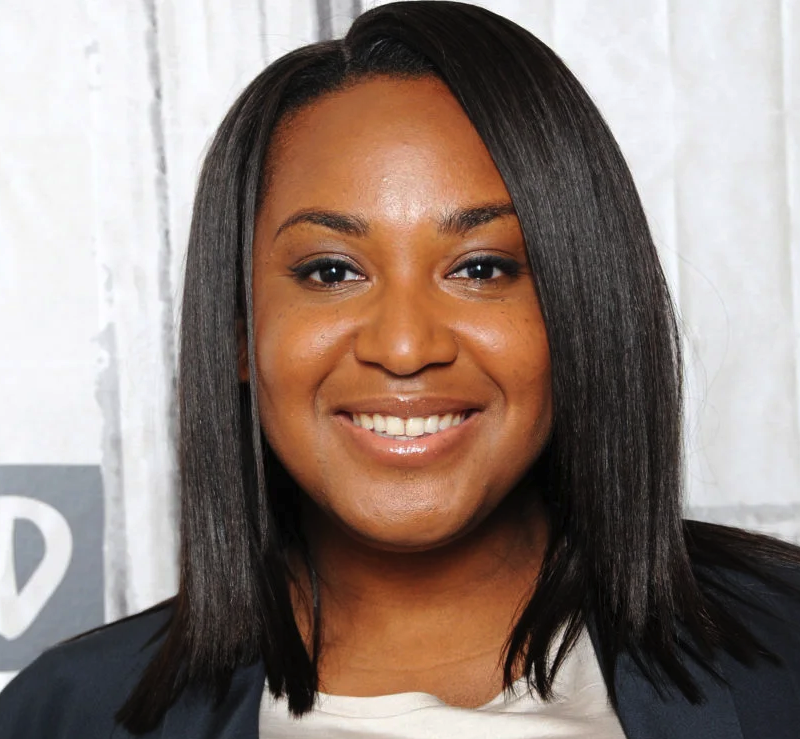 The presence of African Americans in major motion picture roles has stirred controversy since Hattie McDaniel played Mammy, the house servant, in Gone with the Wind. “Through most of the 20th century, images of African-Americans in advertising were mainly limited to servants like the pancake-mammy Aunt Jemima and Rastus, the chef on the Cream of Wheat box.”[1] The roles the African-American community were generally offered usually fell into three themes; a tale of rags to riches, thug life, or segregation. “Many researchers argue that media portrayals of minorities tend to reflect whites’ attitudes toward minorities and, therefore, reveal more about whites themselves than about the varied and lived experiences of minorities”. Producing films in the way is what leads to a singular perspective and opinion (in this case white peoples) to dominate mainstream media.[2]

Even in today’s movies the roles for an African-American performer often fall under similar typecast roles, the biggest movie with African-American leads in 2011 was The Help. In the 2012 Academy Awards The Help was nominated for several categories: Best Performance by an Actress in a Supporting Role Octavia Spencer also nominated for the same category was Jessica Chastain, Best Performance by an Actress in a Leading Role Viola Davis, and Best Motion Picture of the Year. The movie walked away with one win for Best Supporting Actress Octavia Spencer, leaving Viola Davis to lose to Meryl Streep, a 20-time nominee and three-time winner. Octavia Spencer was the only African American to win an award that night.

The New York Times wrote: “Race in American cinema has rarely been a matter of simple step-by-step progress. It has more often proceeded in fits and starts, with backlashes coming on the heels of breakthroughs, and periods of intense argument followed by uncomfortable silence.

Get to know these names. The new up-and coming black starts of Hollywood! Whether they’re leading tentpole films (Shang-Chi’s Simu Liu, Mulan’s Liu Yifei) or fronting must-see-TV, this batch of Hollywood rising stars are here to stay. They’re who every producer in town is looking to cast and work with. They are producing some of the most talked about new content, they are who every agent is vying to sign and every studio is hoping will agree to lead their next blockbuster film!. From recent big-screen breakouts like The Last Black Man in San Francisco’s Jonathan Majors to some of the hottest new actors, producers, directors and television film stars.

The actress and filmmaker cut her teeth directing the 2005 short, Judi: A Series of Memories, later stepping behind the camera for episodes of Yellow and Chef Julian. Now, Perrier is set to direct an episode of Queen Sugar after recently wrapping her second feature film Jezebel.

Meghie has already made waves stepping behind the camera for films like Everything, Everything and The Weekend. Up next for her is The Photograph, a film that features a series of intertwined love stories, starring LaKeith Stanfield, Issa Rae, Teyonah Parris, Courtney B. Vance, and Lil Rel Howery.

In 2018, the London actress become coming off a few indie initiatives — Lady Macbeth, Yardie, The Corrupted — when she were given an offer from a galaxy far, a ways away. “When Star Wars got here alongside, it felt so outside my remit because I’ve never visible everyone who seemed like me,” says Ackie. “We’re now not just speakme approximately color — we’re talking approximately a girl who has thick thighs, things that you don’t always see in these action movies.” This December, Ackie may be visible as new individual Jannah, a fighter in the Resistance, in J.J. Abrams’ The Rise of Skywalker, and he or she simply made her go back within the second season of Netflix dramedy The End of the F***ing World.

Making a career shift is hard, especially when you do it in your 30’s, that is what makes the young Hollywood recording artist and producer Jaron Marquis so special. After building a career as a business consultant working for small to mid-sized businesses to Fortune 100 companies such as AIG,  he had a moment where he decided to stop making his own excuses and chase his dreams of working in Hollywood.Since he made that decision, he has worked on films such as Straight Outta Compton and even shows such as Scandal. He has since founded the production company, Urban Genius Entertainment, which has already produced 2 seasons of Laugh After Dark now on Amazon Prime and the digital series Q&A, with an exciting slate ahead of both scripted and reality projects.

Growing up in London, Ella Balinska is making a huge splash in Hollywood! She is known for starring in the 2019 action comedy film Charlie’s Angels, which is the third film installment within the franchise of the same name along Kristen Stewart and Naomi Scott and directed by Elizabeth Banks. Balinska trained at the Guildford School of Acting and acquired her combat skills with the Academy of Performance Combat. She previously attended the Arts Educational Schools in London.

This Florida native was hard to miss in 2019. Charlie Barnett is an American actor from Sarasota, Florida. He starred as Peter Mills, a firefighter/paramedic on the NBC drama Chicago Fire from 2012 to 2015. Currently, he stars as Alan Zaveri on the Netflix comedy series Russian Doll. He starred as Ben Marshall on the Netflix series Tales of the City. But in the meantime, he’s landed arcs on the final run of The CW’s Arrow and the second season of Netflix’s You.

Harrison, whose parents are trained musicians, always thought he was predestined for the music business. But then he met Viola Davis when he scored a one-line role in 2013’s Ender’s Game. Her advice to him? Take acting classes. Turns out she was on to something: This year alone Harrison has starred in The Wolf Hour, Luce, Gully, Bolden and awards contender Waves, not to mention Epix series Godfather of Harlem. “My journey has been so natural,” he says. “It all felt like it was meant to be.” Next up for the New Orleans native: Covers, alongside Dakota Johnson, and Aaron Sorkin’s The Trials of the Chicago 7.

Lashana Rasheda Lynch is an English actress. She is best known for playing the role of Rosaline Capulet in the ABC period drama series Still Star-Crossed and fighter pilot Maria Rambeau in Captain Marvel. Lashana Lynch says creating her No Time to Die character was about working with writer Phoebe Waller-Bridge and director Cary Fukunaga to shape a real woman. “I didn’t want someone who was slick.

Lynch is a graduate of the BA Acting course at ArtsEd drama school in London. She made her film debut in the 2011 drama film Fast Girls. She later co-starred in the BBC television film The 7.39. On television, she also has appeared in Silent Witness, Death in Paradise, and was regular cast member on the short-lived BBC comedy Crims in 2015.

“If Gus Van Sant pulls you out of school,” says Majors, “you go.” The Dallas native was in his last semester of his graduate program at the Yale School of Drama when he was cast in limited series When We Rise. Majors was born in California but raised in Texas. His mother is a pastor. Jonathan attended Duncanville High School where he won numerous awards for acting in One Act Play and TFA Tournaments.

Moore always dreamed of performing but “being trans and a person of color, I just didn’t think that I would be allowed in those spaces,” says the actor, model and activist. That all changed when they broke out on FX’s Pose. They’ve since used the newfound fame to launch a production company that amplifies issues related to transphobia and bullying, in particular against black trans women. Moore can also been seen in Universal’s Queen & Slim and Netflix’s family film A Babysitter’s Guide to Monster Hunting.

Our Entertainment Team nominated directors, actors, and celebrities under 40 years old who had an exceptional 2019 and whose acclaim will only continue to grow. We then voted and ranked the rising stars in accordance with their already-thriving careers or talent potential.

Here are the stars under who we believe will be the next generation of Hollywood.