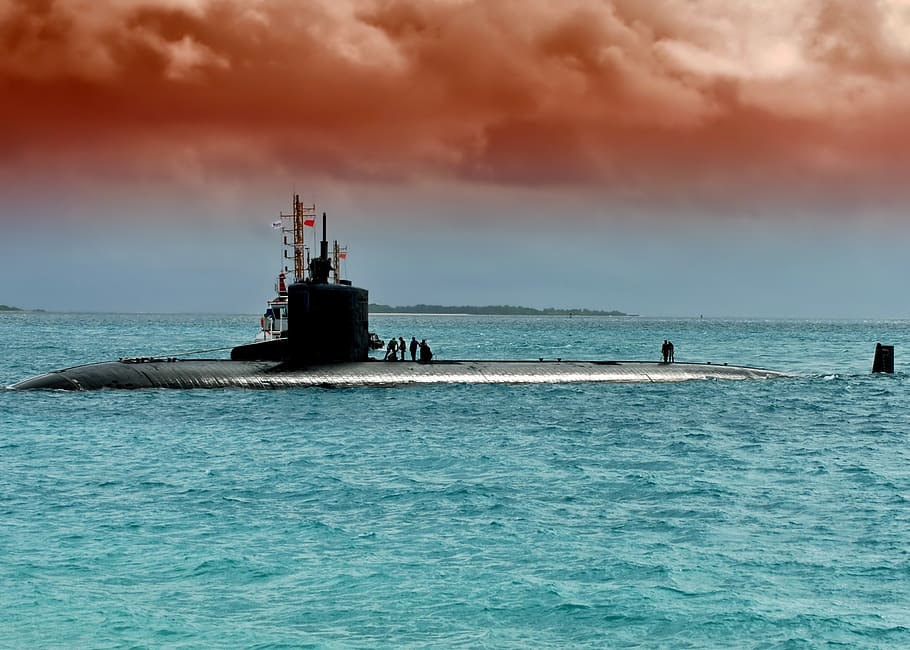 Rebel Wave is a new sea adventure serial from T Spec Fiction that tells the story of Ariana Jenkins, the young First Officer of the Neptune, a large submarine that is home to a mobile colony.

Information about Rebel Wave is available on the company’s website at https://www.tspecfiction.com/.

“The story is set in a world where the mainland was abandoned long ago because of a war,” says writer Tor Thibeaux. “So everyone lives on, or under the ocean.”

Most of the action of the story takes place in the underwater domed cities of Decapolis. Originally built as a place of refuge when the mainland was abandoned, the Decapolis has become oppressive, turning the underwater cities into virtual prisons. Citizens are born, live and die in cities built on the sea floor, never seeing the surface or sunlight.

Before the avenues of escape closed, a group of rebels slipped away from the Decapolis in submarines and boats. Unable to return to the mainland, and branded as traitors by the Decapolis government, these rebels became sea gypsies, forming mobile colonies on ships and submarines and roaming the ocean to survive.

One of these submarines is the Neptune, and the colony’s only goal is to survive—until a call for help reaches them from Decapolis.

“It’s a story about choices,” says writer Tor Thibeaux. “Ariana makes a choice at the beginning of the first episode that causes repercussions in her world. From that point on, she has to keep making choices – will she help these people who have lived beneath the ocean all their lives, or will she keep her colony safe? The choices are hard to make because they will affect her future, and the future of the Neptune.”

T Spec Fiction specializes in clean sci fi and fantasy for teens and young adults. The release of Rebel Wave is the first in a 12-part serialized story, and will be the first of many stories published in coming months by T Spec Fiction authors in this genre.

To purchase or preview Rebel Wave, please visit www.tspecfiction.com or search for Rebel Wave by Tor Thibeaux on Amazon.com.

Get The Best Mildew Resistant Red Cedar Ribbon Dog Bedding For Outdoor Homes
Dr John Burd New Patent Confirms the Ability to Manage Diabetes with Lysine Supplements
Who Is The Best Electrician In Your City For 2020 in Australia?
Where Do Hong Kongers Shop For The Best Yoga Clothes, Gym Clothes and Activewear?