Warning: If you believe in ghosts, evil spirits, or if you have seen the real ghosts or have been haunted by paranormal activities, this post is not meant for you. It might haunt you again. Scroll down only if you are not a fan of Vikram Bhatt and you think ghosts are just invisible jerks.

Ghosts are always meant to be spooky and they secretly creep us out from the dark, but there are some lame ghosts too who try to outsmart humans and do ridiculous things instead, like singing, being romantic, and stealing things from houses.

Here are some cool Indian ghosts one of whom you would actually like to have as your best friend.

1. Beautiful female ghosts who wear white saree, loiter around the night and lure handsome dudes and kill them. They also have melodious voice and can sing very well.

2. Ghosts who hide in deep forests and make annoying noises. They are basically known as Virikas.

3. Invisible ghosts who disturb humans at midnight by playing and knocking at doors, whispering, and scattering things inside the house.

4. Ghosts who live in secluded house in deep forest and disturb couples during raunchy love-making session, which involves hand cuff and all.

5. Hungry ghosts who beg for roti at moonlight and have a freaking laugh. You must have probably seen them in Hindi TV serials like ‘Aahat’ and ‘Zee Horror Show’.

6. Shakini ghost: They are newly married women who were murdered for dowry.  They usually  haunt the in-laws and they are considered as calm ghost and less dangerous.

This is Tabu, the victim in Bollywood’s horror movie ‘Hawa’.

8. High-tech ghosts who carry flash-light and wander in forest. They are called Kolli Deva and found mostly in Karnataka.

9. Sometimes, ghosts can also be too athletic. There is a ghost called Chudail. They have gymnastic skills. They can walk on the walls, hang from banyan trees and kill passerby.

10. Have you recently found any item missing from your house? Blame Puwali Bhoot, they are really good in stealing stuff from houses.

11. But some ghosts are really honest, friendly and helpful. Meet Brahmadaitya, who are the ghosts of dead Brahmins and they live only in trees. Like to meet one? 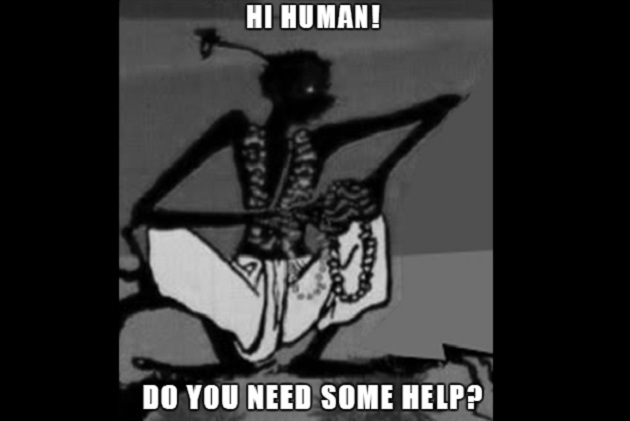 12. Here is the most popular ghost. They are sexy, beautiful and every man wouldn’t mind dating one as a girlfriend. They are mostly seen in typical Bollywood horror movies.

Now, if you had met any of these ghosts earlier, share your story in the comment section below and scare the sh*t out of us.