Do you enjoy reading the Humpday Haikus that people are posting on the internet? The creator of this modern-day literary trend has curated the best poems in this new collection. 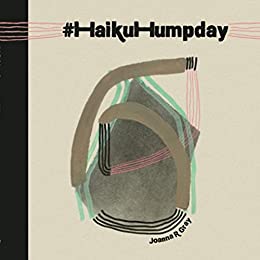 Are you an avid reader of Haiku Humpday on Instagram? You can now find the best works of its creator in her first official poetry collection.

Author Joanna R. Gray has released Haiku Humpday, her first book that features a curated collection of her hump day haikus, which she made popular through social media.

Go to https://amzn.to/30ONSYp for more details.

Published by Reasonable Awesome, the book brings Ms. Gray’s body of work from the internet to your home library. In addition to poems, it offers a bonus section, where you can add your own verses.

Haiku Humpday originated from the eponymous game Ms. Gray introduced on her Instagram account during a “bored Wednesday in an office somewhere.”

In this game, she would post a theme with the hashtag #haikuhumpday each week. She would then use the responses of her followers as writing prompts for a haiku, which she would post within the next 24 hours.

The social media game soon grew a large following, with many posting their own creations along with the game’s official hashtag.

Topics are varied and often meant to be humorous. In her foreword, Ms. Gray recalled seeing “stethoscope” and “platypus” as topic requests. “There are, in fact, several about my cat and several more about coffee,” she added.

This is why “My Cat” is one of the main categories in the book, along with “Seasons & Weather,” “Travel,” and “Everything Else.”

Apart from a wide selection of poems, the book also features Ms. Gray’s thoughts and tips on writing haikus, such as being spontaneous instead of trying to be clever.

“The trick is to come up with something—anything—interesting to say about whatever is in front of you,” she said.

She hopes that you would use the book as a writing prompt and source of inspiration to “fire up” your imagination, so you could start composing your own poems.

According to her, there’s something worth noticing and writing about, wherever you may be.

Haiku Humpday is available now in paperback for $7.54 and Kindle format for $4.89.

This book would make a fine gift for yourself or someone who needs a quick dose of inspiration. Order your copy now!

You can find out more at https://amzn.to/30ONSYp!