Record Producer Announces Music Trends to Watch For in 2021

GMUSIC+ CEO Lindsay Guion lists the music trends to watch out for in 2021. 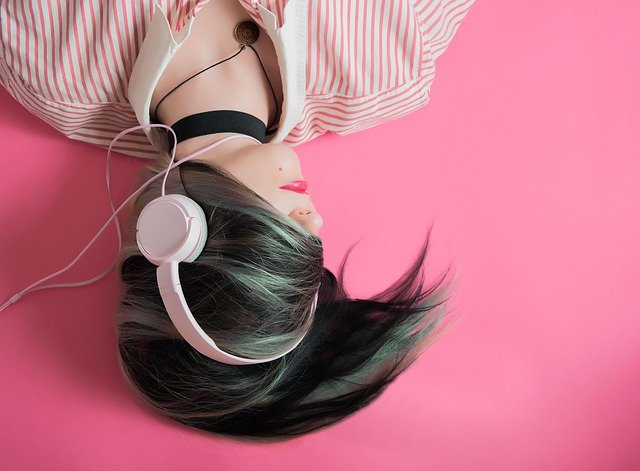 No industry was left unaffected by the pandemic last year. With live performances coming to a halt, musicians have had to get creative to reach out to their fans and introduce new material. If 2020 taught us anything, artists will always find new and innovative ways to survive.

The digital era has been around for some time, but 2020 showed artists relying on it in new ways that will likely be adopted or incorporated permanently. With 20 years in the industry, Lindsay Guion has seen the digital age rise, and he lent his expertise to provide insight into some upcoming trends.

For decades, fans would wait patiently for their favorite artists to drop a new album or single. But with the notion of a crowded launch party still being far off, social media has stepped up to take their place. The video and audio streaming features on social media platforms have proved a Godsend for musicians wanting to connect to their fans.

It’s also provided a new level of intimacy between artist and fan. Streaming media could be anything from a full concert, a short performance of upcoming material, or even an interview. They can be used to tease and promote or reveal just as much of the artist as they’d like.

The Rise of the Indie Artist

This seems to occur every generation, but it was undoubtedly helped by focusing on digital and virtual music. Independent artists with enough media savvy have ridden the Livestream wave more successfully than most, sharing their music and personalities in an attempt to go viral.

In a lot of ways, it’s only become more competitive for independent artists. But the technology has given them an advantage, giving listeners exactly what they want. Indie artists can curate playlists for fans, educating their musical taste and forever emblazoning their name in the listener’s mind.

It was four years ago, but Beyonce’s Lemonade changed everything. It was an invitation both to enjoy the album and an accompanying visual experience, nothing that hadn’t been done before. Still, certainly, no one of Beyonce’s stature had attempted it in a long time with any success. Visual albums could be considered indulgent, but Lemonade was anything but.

The influx of music documentaries that provide insight into the industry and songwriting process is also likely to continue. Peter Jackson’s long-awaited documentary on The Beatles is due out this year. Other projects around artists such as Lady Gaga, Harry Styles, and Ariana Grande will debut on Netflix and other streaming services.

Not all trends are going to be positive. If you’ve ever skimmed through the “Because You Watched” section on Netflix, you know that algorithms are not always the best predictors of what you’ll enjoy. Nevertheless, Lindsay Guion describes that Spotify, Pandora, and other audio streaming services already have an algorithm-based predictor. Amazon’s Alexa already has a built-in feature that determines what music you’ll like based on what you’ve requested.

Last July, Spotify CEO Daniel Ek said that it’s “not enough” for an artist to release new content “every three or four years.” Insulting though this may be to those who struggle to release complex albums, the market has proven it true. Constant engagement appears to be the norm. And with live concerts on hold indefinitely, look for musicians seeking new ways to make money.

For instance, Taylor Swift took a producing role on her last album, and she’s still making money off of it. She introduced a special edition with bonus tracks, then released an intimate concert/making-of documentary on Disney+.

You’ve likely had the experience of hearing a song in a film or TV show and wondered what it was. That’s no accident. Some of these are personal choices of the filmmaker, particularly if that filmmaker is Martin Scorcese. Still, more often than not, a team of people has been working behind the scenes curating playlists that fit the general theme.

Amazon Prime even includes song titles along with cast members when you press pause, and countless websites are available to help you track down what you heard. Often, a song heard in a movie or TV show marks an artist’s big break. Lizzo’s “Truth Hurts” was over two years old before it was heard in Netflix’s Someone Great, giving it a second life on the Hot 100 list.

Music collaborations have been the creative pool in which artists from different genres regularly crossover. There’s no shortage of successful collaborations over the years, and 2021 seems primed to do more. Recently, Elvis Costello has announced further collaborations with The Roots. The rise of the internet has made collaboration more effortless than ever.

Audiences are more eclectic on Spotify and other streaming services, always on the lookout for the next big thing. That’s why those services have taken to creating playlists less genre-specific and more in tune with the listener’s cultural lifestyle and tendencies. Spotify’s Pollen concept works similarly, trying to capture the mood of the moment. Whether that moment is getting pumped up before a sporting event or a very relaxed evening with friends, Pollen will reflect that.

A Return to Live Music

One of the benefits of coming out of the COVID age is knowing how to do things a little differently; that maybe the old way wasn’t the only right way. So we can expect live-streamed concerts to continue, but eventually, we’ll see Drive-In shows.

It’ll be a slow rollout, likely full of precaution. But one thing the music industry understands is that the fans drive it. What they want is going to determine what becomes predominant.

The Ultimate Guide to Build Your Music Career
May 31, 2022
All You Need To Know About The Partnership Of The Urban Network and Music Industry Quarterly
Apr 14, 2022

Reflect Is a Simulation game based on the principles of memory.
Pierre Williams and The New Single: “So Do I”
Quality NFT Project-Article Reveals New standard For “Blue Chip” NFT Projects
Get Guaranteed Spotify Streams & No Bots: Affordable Organic Followers & Listens
More ...