Martin Koloc: Our NWES participation is the first step into the NASCAR ‘territory’

Aliyyah and Yasmeen Koloc, two 17-year-old twin sisters will pilot a pair of Ford Mustangs, carrying number #29 and #47, in EuroNASCAR PRO and EuroNASCAR 2. 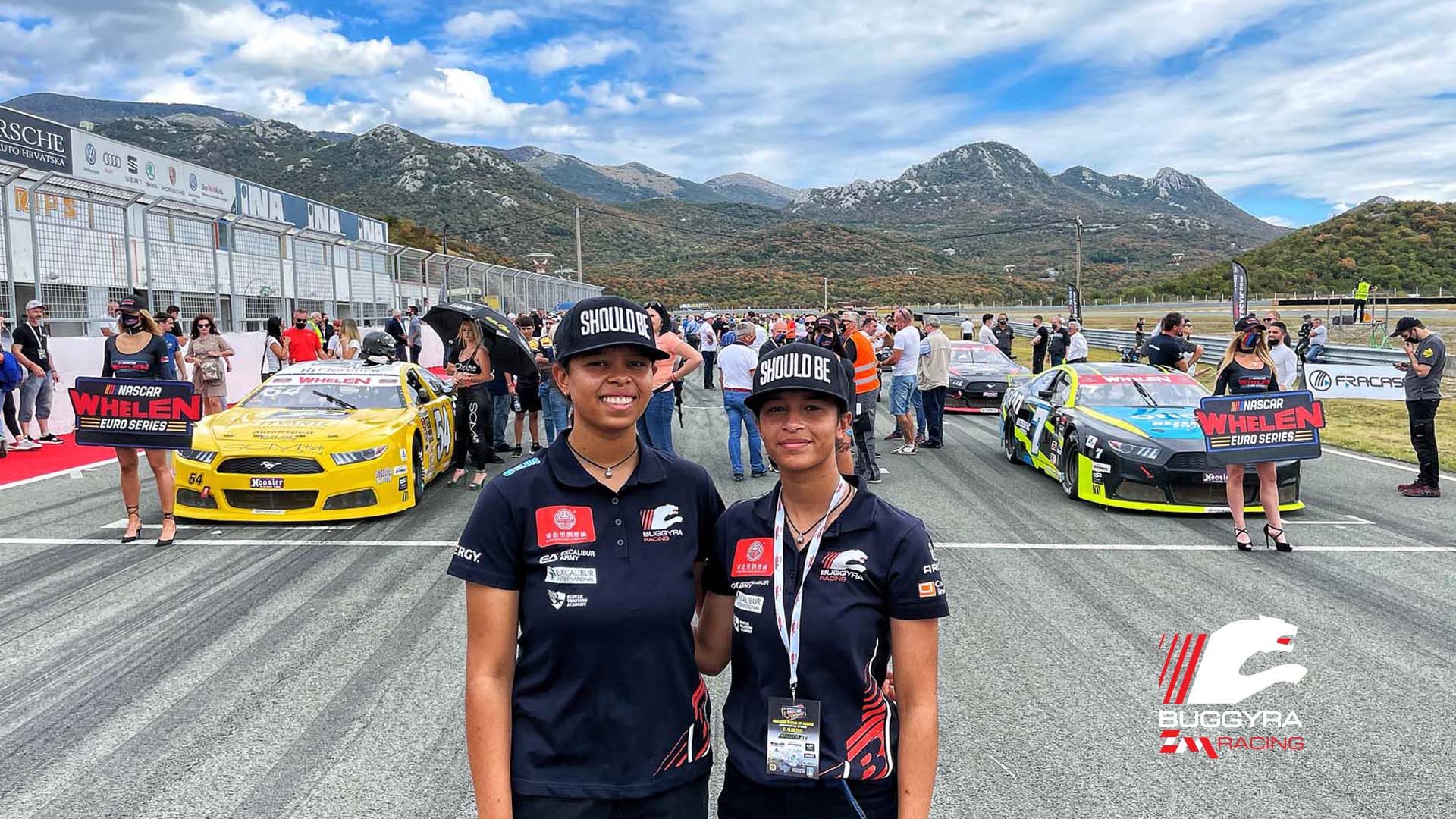 A new powerhouse is set to debut in the NASCAR Whelen Euro Series (NWES) in 2022. Buggyra ZM Racing will expand its worldwide racing program to field two cars in the European NASCAR series for Aliyyah and Yasmeen Koloc.

Owned by Czech motorsport legend Martin Koloc, Buggyra ZM Racing is one of the most successful truck racing operations in the world. They won the European drivers title six times, the teams’ title five times, the Chinese championship three times and the Indian championship once. Founded in 1969, the team also won the 2021 Dakar in the T3 category and currently fields entries in GT Endurance racing and the FIA Cross Country Championship, operating from five different Technology Centers in Dubai (UAE), Jinan (China), the Czech Republic, France and Spain.

“Our NWES participation is our first step into NASCAR ‘territory’. We strongly believe in the NASCAR concept in terms of extremely competitive racing as well as a platform for young drivers’ development and diversity,” said Martin Koloc.

“We are very happy to welcome such a great team, which will also field two talented young ladies who were very impressive in their first testing sessions. We fully share Martin’s vision about NWES being the perfect platform to develop a young driver’s career, in NASCAR of course, but also in GT, prototypes, touring cars and more,” declared NWES President – CEO Jerome Galpin. “With 400 hp and no electronic aids, drivers really have to handle every aspect of their performance and with EuroNASCAR’s high level of competition and ‘Pure Racing’ rules, you know exactly where you are as well as what and how to improve”.

After taking part in the Club Challenge event at Most in August and testing the EuroNASCAR car at the NWES test track at Fontenay Le Comte in November with great results, Aliyyah and Yasmeen Koloc will become the youngest women to enter the NASCAR Whelen Euro Series. By competing in both NWES championships, they will aim at maximizing track time and speeding the learning curve in the most competitive touring car series in Europe.

Despite her young age, Aliyyah Koloc broke several records in the last couple of seasons. She became the youngest ever winner in the French Truck Racing Championship in 2020 and she set two World Speed Records for trucks in the 500m distance. She also competed in GT3 and touring cars races.

“I’m so excited for this new challenge ahead of us! I tested a few times this year and enjoyed it a lot. I can combine my experiences from truck racing and GT racing together,” said the future driver of the #29 Ford Mustang.

Yasmeen Koloc will pilot the #47 Mustang. She started karting in 2019 and in the short span of two seasons proved herself in touring cars racing by winning the ​​2020 Endurance TC-2.0 Championship and debuting both in Formula 4 and GT4 where she won the last race of the ESET CUP season.

“I am very excited for the new challenge! It is going to be really fun to drive the NASCAR car, quite different from the GT4 but I’m really looking forward to this new experience and I think it’s going to be very fun!” said Yasmeen Koloc.

With less than five months until the start of the 2022 NASCAR Whelen Euro Series season at the Hockenheimring in Germany, the Buggyra ZM Racing team is hard at work to gain the most experience on the EuroNASCAR cars.

The European NASCAR series will return to action on April 9-10, 2022, and will visit seven countries before crowning champions and trophy winners at Automotodrom Grobnik, in Croatia, on October 29-30, 2022.

Seventeen-year-old twins Aliyyah and Yasmeen Koloc are promising racers. After finishing their tennis careers due to injury, they took up motorsport. They have already raced a Mercedes AMG GT3 and GT4, an F4 and have tested an electric formula. This December they are participating in their first rally at Baja Hail in the Can-Am category and their big dream is to participate in the Dakar Rally 2023, when they will be old enough to do so.

A team with the 50 years of heritage and among the world leading racing structures and technology developers with their own Technology Centers in Dubai (UAE), the Czech Republic and Spain. Buggyra ZR Racing started to gain racing success in truck racing with 11 European championships, three Chinese championships and one Indian championship.

In 2014, the team entered cross-country rallying with Tatra trucks. This was followed by an entry into the SxS category, where they won the Can-Am category in 2021. The team also counts for six world speed records. Currently, Buggyra ZR Racing competes in Formula and GT series in addition to truck racing and cross county rallying.

Martin Koloc: We haven’t ever done more for our success at Dakar before!
Nov 23, 2021
Martin Koloc: We are getting ready for the cross-country rally season in the Middle East.
Oct 30, 2021

Capture Your Big Day With Expert Anchorage, AK Wedding Photography & Videography
Get The Best Heating System Winter Check-Up For Your Home In North Little Rock
Fly in your own private air charter plane to Havana, Cuba from Miami
You Won’t Believe The Huge Chance For Canadian Businesses This Christmas!
More ...