Now you can be a part of Las Vegas live shows like never before – the chance to invest in the city’s hottest productions is coming, so get ready! 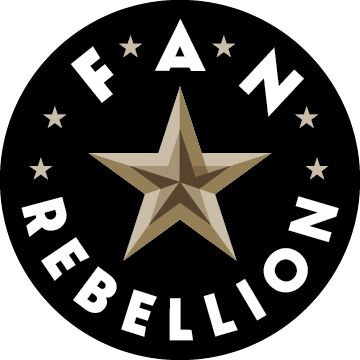 By the fans, for the fans – Fan Rebellion invites you to claim your share of the success when Las Vegas entertainment soars to new heights!

Prior to the official reveal, Fan Rebellion teases its upcoming project as a crowd-funded entertainment investing opportunity that will be controlled and made possible by stockholders. Capitalizing on the emerging trend of crowdfunding, the new project will be in line with a movement that seeks to bring the growing investment model to the lucrative Las Vegas entertainment scene.

The announcement comes as Fan Rebellion prepares to embark on an ambitious mission to help you benefit from the industry’s ongoing successes. The new project’s democratized funding style will allow for widespread investment in Las Vegas attractions and productions, offering returns on their overall performance.

As opposed to existing crowd-funded entertainment and investment projects that focus on movies or television series, Fan Rebellion will enable you to tap directly into the live arts side of show business in Las Vegas. Touted as the first such investment opportunity of its kind, Fan Rebellion will implement a crowd-funded model in a trailblazing step that transforms the way Las Vegas live shows are funded and produced.

The move will represent a significant shift in the landscape of ticketed events in Las Vegas, with Fan Rebellion aiming to capture the effect that crowdfunding has had on cinema and television. After witnessing the recent successes achieved by publicly-backed film and TV projects, Fan Rebellion sees great potential for the world of live production in Las Vegas to pay significant dividends for investors like you.

Be a part of your favorite Las Vegas live production! Get VIP access and free stuff!

Keep an eye on https://fanrebellion.com in order to stay informed about Fan Rebellion’s projects, as its founding partnership prepares for the imminent launch of the upcoming investment call.

Get Tailored Tandem Paragliding Flights For Groups In San Francisco Bay Area
Add Some Mind Reading & Magic To Your Next Event Party By Hiring Adrian Saint!
Why Do Bands Use Interludes On Their Albums? Read This Music Report To Find Out
Los Angeles, CA Events Get Haiku Poetry Performers For Unique Parting Gifts
More ...

The Freshest Australian Mooncakes You Can Find In Australia
Get Crowns & Implants At Top-Rated Dental Surgery Clinic In Wills Point
What Is Cyber Insurance? Learn How Liability Coverage Can Protect Your Business
Improve Google Ranking & Get More Local Leads With St. George, UT SEO Agency