Nagaland – one of the seven sisters of Northeast India consists of 11 districts. Among them, the district Mon lies in the northernmost part of the state. One of the largest villages in Mon district is Longwa.

This village has traditional large houses made of wood with thatched roof, located 42 kms from the main Mon town at the Myanmarese border. It is quite an interesting place for sight-seeing. 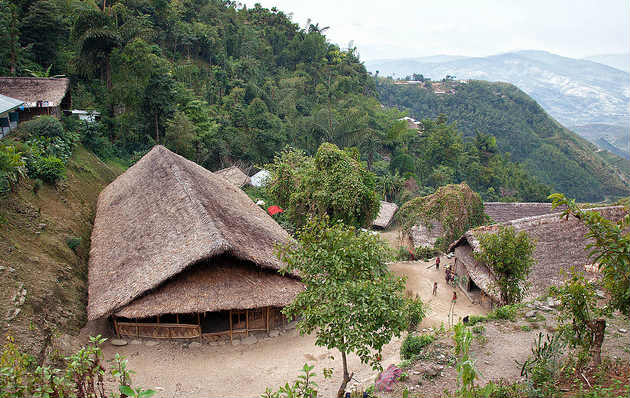 “The Angh” is the hereditary chief or the king of the Konyak Naga. The interesting feature of Longwa village is that – the Angh of the village has 60 wives and he rules over more than 70 villages extended up to Myanmar (formerly Burma) and Arunachal Pradesh.

Villagers do not need a visa to move around freely to Myanmar. Even a village chief’s son has joined the Myanmarese army. Technically, the villagers of Longwa have dual citizenships- one for India and another for Myanmar.

So, some of the Konyak families in Longwa have their kitchen in Myanmar while sleep in India. People from both sides of the boundary work together in Angh’s field. 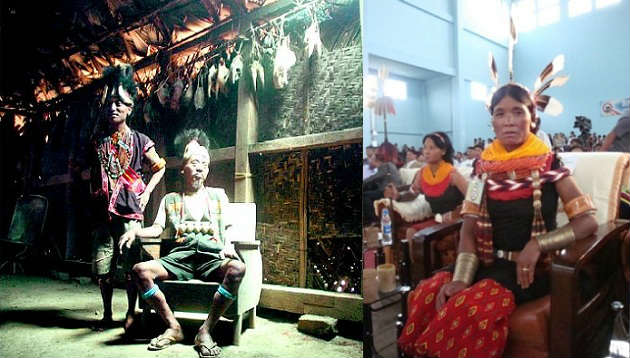 This is the chief’s house. 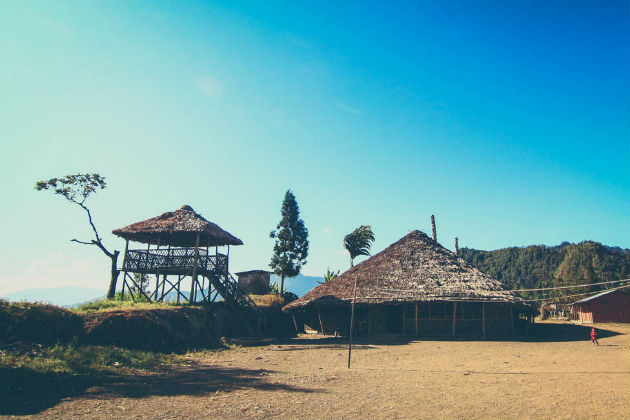 The Konyak tribe holds the largest numbers among the sixteen officially recognized tribes in Nagaland. The Konyak Naga speaks the Tibetan-Myanmarese dialect with every village having a self-modified version.

However, the Nagamese language – a mixture of Naga and Assamese is also spoken by some of the people, residing in the state.  Aoling Monyu is the most spectacular and worth watching colorful festival of Konyak observed every year during the first week of April. 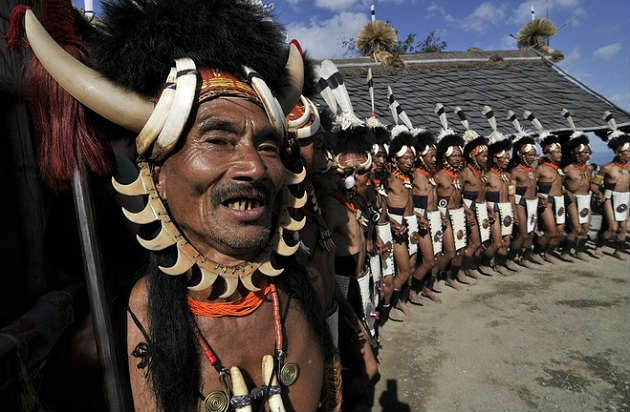 The Last Headhunters and the practice of skull-hunting

The Konyak tribe is very famous for their violent head hunting with their tattooed inked faces. Konyak warrior with the maximum numbers of his enemies’ heads is considered to be the mightiest of all.

They always wear some traditional jewellery and most of the men with inked face wear a brass skull necklace which denotes the number of heads taken by them. They still use hornbill beaks, elephant tusks, horns, and skulls to decorate their houses.

The Konyak warrior believed that taking heads increases the fertility of the crops as well as the well-being of the warrior who took the head.

They would spare someone from being headhunted only if that person had eaten something from the house of a Konyak Naga or he had offered them a gift.

The arrival of Christian missionaries has helped to restrain the tradition of skull-hunting and with the village people having embraced Christianity. The religion has now become the cohesive bond between the Nagas that helped them to keep aloof from constant fighting with each other. 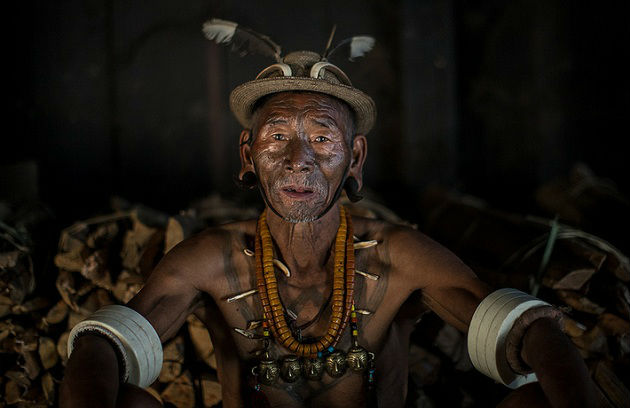 These are some of the real skulls hunted by the tribe…

In this quiet village of Longwa, it is a case of oneness – one village, one identity but two nationalities. Konyak people live on two sides of the boundary line but the emotional bonding among them stays strong. How long this bonding will exist? Time knows.

Boundaries and citizenships are human inventions. This village is an example of a true world without any boundaries. Here on the left is India, and on the right is Myanmar. 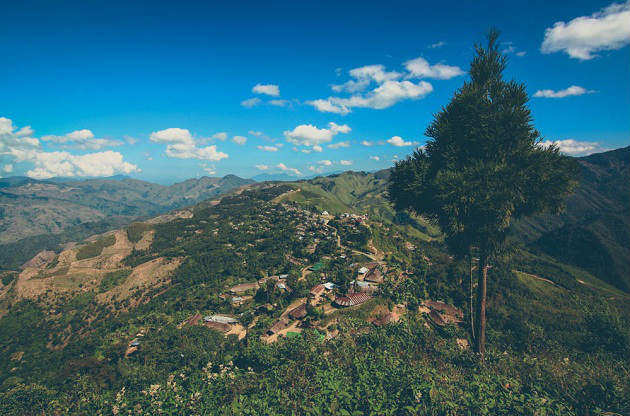