“Legend of the Sleeping Dragon,” presented by New Nationwide No. 1 Publishings.

Have you ever wondered how Dracula came about? This book is the story of the Sleeping Dragon. 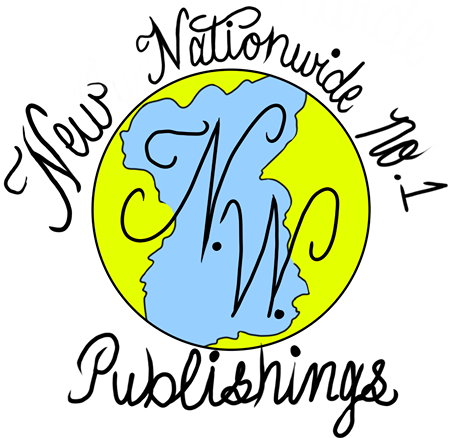 Sterlin Police Department was like a mad house. Phones rang off the hook. Officers scurried back and forth while suspects yelled from the holding cells in the back and the dispatchers jumped from call to call. The precinct was damn near chaotic every day. So, Angel came up with a method to zero out the mayhem around her. She’d plug in her ear buds, set up her I-Phone, get comfortable at her desk and let her playlist roll from track one. Alisha Keys was the first to sound off. ♫A real man knows a real woman when he sees her. ♫ A woman’s worth was the first song on Angel’s playlist because she liked the message plus the melody helped her relax. Angel was seated at her desk reviewing the strange case she had been assigned when she noticed a shadow on her desk. She peeked up and then took out her earbuds. Detective Boyles was standing in front of her desk. “Coffee? Miss. Spears?” The slender woman asked holding up the pot in invitation. Angel looked at her cup. Her mug was almost empty, so she politely accepted Karen’s offer. “So, how’s the case coming?” Boyles asked. She poured a stream of steaming hot coffee into Angel’s cup. Angel picked up her cup and blew on it. “Not so good.” Angel said. “I’ve been working on this case for two days now and still, I have no leads, not even a clue.” Boyles poured herself a cup of coffee as well and then sat at her desk which was only a few feet away from the one they gave Angel to use. Her desk faced Angels so neither had to turn around. “I heard it’s a crazy case.” Boyles said. “Yeah, one of the few crazy cases Dillion has given me this month.” Angel complained. Boyles chuckled. “The only reason you get the difficult cases is because you’re good with details. Not to mention, you graduated top of our class at the academy. I wouldn’t be surprised if you made Captain next year.” Angel smiled. She knew what Karen was getting at. Her career record had no blemishes and she closed almost all of her cases. Yeah, I know.” Angel sighed. “I swear this case is beyond difficult. Something isn’t right. Things don’t add up and make sense. Normally, I could look at the evidence and the pieces would start to come together in my mind. You know, like a puzzle. Things would just lie in their rightful place, but this time, it seems the more I probe into the evidence the more it doesn’t make sense. Hopefully, I’ll know more once the DNA is concluded. I’m hoping to hear something from the Forensic Department today.”

Legend of the Sleeping Dragon

Prices of Used Cars in Australia Have Spiked During COVID – Here’s Why & How Much.
Move To Canada On An Entrepreneurial Work Permit With You Deserve Immigration
Peeklogic Jira Connector added Real Time Integration feature for Salesforce and Jira
Learn Profitable Cryptocurrency Investment Strategies For 2021 With Dan Hollings