One of the world’s brightest minds has been featured among the BBC’s 100 most inspirational women around the world. Manahel Thabet is known for her intelligence and high IQ, and runs her own finance engineering consultancy. 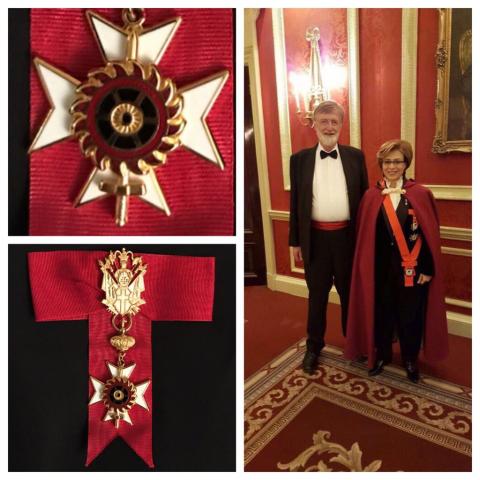 One of the world’s brightest minds has been featured among the BBC’s 100 most inspirational women around the world. Manahel Thabet is known for her intelligence and high IQ, and runs her own financial engineering consultancy.

More information can be found at: https://manahelthabet.com

The site showcase reference about Dr Manahel Thabet. Dr Manahel is ranked among the 30 Smartest People alive by SuperScholar. She was named Genius of the Year 2013 by the World Genius Directory representing Asia, and was a Brain of the Year winner 2015-2016 same award granted to Steven Hawking and Gary Kasparov.

What’s more, in 2014, she was selected as the AVICENNA Award Laureate as a successor to Professor Tony Buzan, which is given every year to those who present best practice in science.

On her official website, you can read that Dr Thabet had served as GoodWill Ambassador for the Eco International of Prince Albert II De Monaco Foundation. She is the president of IQuestion, a member of Young Arab Leaders, and editor of IQ section in magazine Synapsia.

In 2008, she started a company specializing in consulting for financial engineering. Her team works tirelessly and individually with each client on both a global, regional and local level.

Speaking to The Crazy Mind, she said: “I am honoured to be ranked among the 30 Smartest People alive by SuperScholar. In particular, it elevates me to the status of a role model for aspirational young people around the world. I also feel that I can act as a beacon for girls, whose education is often compromised by social circumstances.”

Full details can be found on the URL above.

The concept of a classroom economy is nothing new Teachers assign students classroom jobs and students earn classroom money for doing those jobs.
Sep 5, 2018