The new Bobby D LIVE social media webcast, where on the first show icon beauty expert Peter Lamas will make an an appearance, will provide the viewers with quality content along with great entertainment, plus the power of LIVE interaction between the viewers and celebrity guests, we anticipate a social media buzz that is sure going to serve the entrepreneurs, music artists who crave for brand awareness on a local, national or International level. 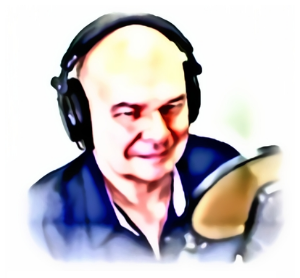 Today Bobby Dignard aka Bobby D made an announcement because rumours has been circulating that this pioneer of webcasting was in the process of making a comeback after a near four year sabbatical. It’s now official. Bobby D LIVE is back but this time he’s going to be webcasting from Rio de Janeiro, Brazil.

To see what the excitement is all about, please visit http://www.bobbydlive.com

Bobby D began webcasting LIVE from Costa Rica in 2002. When Reflecting on this, it that was before YouTube, Facebook, Twitter and some of the favorite social media platforms even existed. And an interesting fact, even way back then he had viewers tuning in from 52 countries every Saturday morning at 9 a.m. North American eastern time.

His true passion for webcasting and the love of people is truly magnetic. His warm friendly style instills near instant trust from his International viewers. So naturally this makes Bobby D a great ambassador for the product, services and brand that he talks about during his webcasts.

The first thing viewers should expect with the new Bobby D LIVE is a big improvement in content delivery technology, allowing individuals to listen from nearly anywhere in the world from their mobile devices, thus anticipating larger audiences than ever before.

Bobby D, is also expanding his content range. His new HD webcast LIVE from Rio de Janeiro will focus on Music, Fashion, Travel,Technology, Marketing & Business. There’s already a buzz happening, so much so that iconic beauty care expert Peter Lamas has committed to making regular LIVE Skype appearances on his show. And that option is also open to other entrepreneurs who wish to leverage his dynamic platform.

Bobby Dignard, founder and producer at Bobby D LIVE also commented that “Live streaming is the ultimate strategy for creating loyal followers because the LIVE component allows for unprecedented engagement with the viewers. And as a result, not only is webcasting a great way to build instant rapport it’s also a cost effective way to sell entry level products nearly instantly. Webcasting is also by far the BEST way to market high ticket items FAST!” Bobby D has proven this time and time again, helping some of his elite clients generate up to $104,000 in sales revenues in just one hour.

It’s coming in the early part of 2017, the company announced. Bobby D Live is a refreshing alternative. It’s not only for those who want to connect with celebrities and to get entertained, it’s also for serious entrepreneurs who are looking for a platform that provides Global Media Exposure at the price of local newspaper advertisement. The new BobbyD LIVE show is a refreshing online alternative.

By providing the viewers with quality content along with great entertainment, plus the power of LIVE interaction between the viewers and celebrity guests, the company anticipates a social media buzz that is sure going to serve the entrepreneurs, music artists who crave for brand awareness on a local, national or International level.