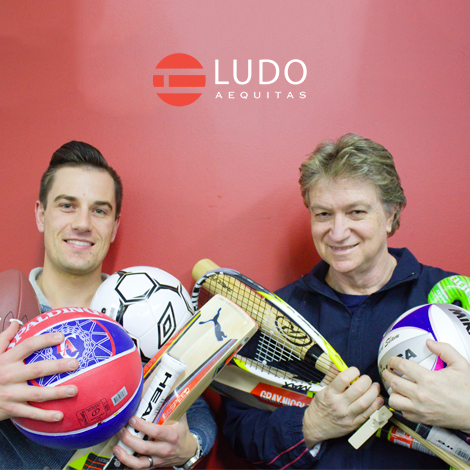 “Mental Health issues arising from social discrimination have a devastating impact on an individual and society. Sport has a significant role to play in their management and prevention. Ludo Aequitas plans to exploit this relationship to its maximum potential.” – Dr Phillip Ross Salonikis, Psychiatrist.

Ludo Aequitas is a not for profit organization whose undertaking was to examine the relationship between mental health and sport and its inherent problems. Then to provide a solution.

Existing sporting campaigns, despite good intentions, have largely failed to address the mental consequences of social discrimination for both individual and athlete. A new approach was needed.

Sport has long been known to play a pivotal role in changing human thought, behaviour and consciousness. To create a psychologically healthier individual and a better society. But the underlying mechanisms have been poorly understood.

It can do more. It must do more.

Ludo Aequitas has used gladiatorial themes of Ancient Rome to represent its sporting values. The initiative uses a unique cognitive-behavioural sporting model to address issues of discrimination and vilification affecting mental health, for the general public and the athlete.

There is the cognitive “Ludo Creed” and the behavioural “Do The Ludo”- unifying symbols promoting tolerance, understanding and social cohesion. It plans to maximize the power of social media to provide a platform for social engagement. A series of blogs with psychological themes will be available for discussion as well as other issues.

“The potential of sport as a tool for development and peace has yet to be fully realized. When applied effectively, sport programmes promote social integration and foster tolerance.” – United Nations Office on Sport for Development and Peace.

It emerged from discussions between Dr Phillip Ross Salonikis, Psychiatrist and Benjamin James Noblet, Certified Practicing Accountant over the past five years. They were determined to address the apathy that “not enough was being done, and what was being done was not working.”

Individuals suffering mental illness as a result of social discrimination often look to their relationship with the athlete and sport as a coping mechanism. The capacity to “Share their Story” thereby creating relationships within a supportive framework is essential. People will ultimately be able to link up with professional athletes who will act as ambassadors and role models, as well as engage in other initiatives, projects and research.

“It should not be this hard, to do something this good.” – Ludo Aequitas