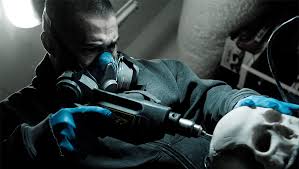 Want a glimpse into the skull of a man who spends his days carving them? Sign up to props master Zane Wylie’s newsletter today!

Zane Wylie, a creator of real and replica carved prop skulls, has released a mailing list. By signing up to the newsletter, you can gain insights into both his skull-related work and notable idiosyncrasies including comic book writing and body language reading.

Go to http://realhumanskull.com/special to find out more!

The release of Zane’s newsletter is part of his commitment to providing you with glimpses into the various facets of his life in a written format.

Email remains an important means of communication. According to one survey, over 293.6 billion emails were sent and received each day in 2019. The same study estimates that this number will increase to approximately 347.3 billion daily emails by 2022.

Zane Wylie’s new mailing list offers you access to a variety of information and tidbits about the prop designer’s life. In addition to carving human skulls, Zane can read body language, detect falsehoods, and perform stage hypnosis, and he provides you with advice on topics such as creating elite collectables.

As a carver of skulls, Zane offers a variety of products and accessories. You can purchase replica skulls with carvings themed around popular entertainment franchises such as Harry Potter, Star Wars, and Marvel Comics.

You can also commission Zane to create custom carvings, or opt for a blank, non-carved skull. Associated accessories available on Zane’s site include hand-blown glass domes and stands in order to display skulls, alongside skull-related coins and clothing.

Prop skulls created by Zane have appeared on television shows. Studios who have made use of Zane’s services include AMC, Warner Bros, and Hulu, and his props have appeared on shows including Preacher and Constantine.

Zane Wylie’s skull carving services are part of a family-owned and family-run business, catering to both serious collectors and professional film and television productions.

A spokesperson for the company said: “Zane’s mailing list is a fascinating glimpse into the mind of a guy who’s done it all. He’s got a resume that reads like a madman’s journal, and he might just have some good advice stored somewhere among those memories.”

If you need a carved skull and a side order of wisdom, you need Zane Wylie!

Visit http://realhumanskull.com/special to fill your skull with Zane’s insights today!