Looking for a new track to dance your way towards the end of 2021? Check out the epic collab from Vinny Vibe and VASSY and listen to their brand new single ‘Don’t Wanna Be Right’ today, available on all streaming platforms. 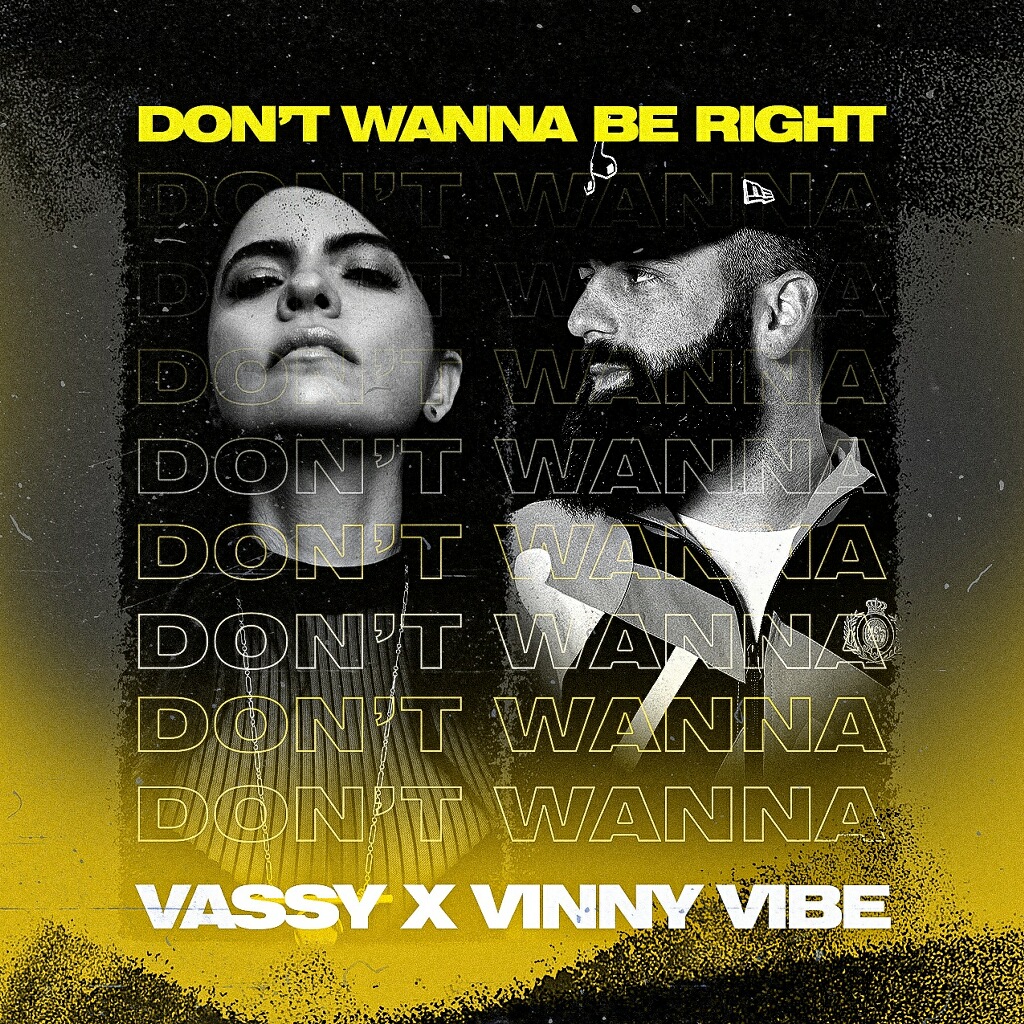 The legendary Vinny Vibe of Good Vibes Radio brings you a monumental, long-awaited collaboration with chart-topping singer-songwriter VASSY. ‘Don’t Wanna Be Right’ gives you all the catchy beats and sensual vocals that will make you want to play this track over and over.

Go to https://overdrive.ffm.to/dwbr for more information.

This latest announcement from the artist marks his fourth new single this year, following an earlier collaboration with Calv on the track ‘El Sueño’ in May and his solo single, ‘You Know It’ in February. You can catch Vinny playing numerous venues across the United States, including opening for Pitbull on his ‘I Feel Good’ tour throughout September and October.

‘Don’t Wanna Be Right’ is a dance-pop anthem showcasing Vinny’s synesthetic production and VASSY’s characteristic vocals. You can clearly witness the creativity of both artists when listening to this fresh new track, whilst the catchy melody and engaging rhythms laid down by Vinny will have you playing it on repeat into the end of 2021. Vinny and VASSY have united their talents to produce this free and easy dance tune that fits right in with their lively repertoires.

Vinny’s success began when his original hit record ‘Seven Seas’ reached the number one spot on Miami dance radio in 2019. Later, his remix of ‘Good Thing’ and ‘Neon Lights’ by Lodato helped both songs gain further listenership, boosting them to number one on USA Dance Radio and the Billboard’s Dance/Mixshow Airplay Chart. Additionally, the artist’s remix of ‘DÁKITI’ by Bad Bunny and Jhay Cortez reached number one in North America on Hollywood Hamilton’s Remix Top 30 countdown on iHeartRadio.

You can listen to Vinny’s show Good Vibes Radio airing weekly on Pitbull’s Globalization, Sirius XM Ch 13 during Friday mornings from 7 am – 10 am. It is hosted by Racquel Goldy and is also available on Apple Podcasts.

VASSY, Vinny’s collaborative partner on ‘Don’t Wanna Be Right,’ is a prominent Greek-Australian artist whose discography includes such chart-topping hits as ‘Bad’ and ‘Secrets,’ featuring the talents of David Guetta and Tiësto. The singer has earned number ones in over 30 countries and topped the Billboard Dance Charts and Dance Radio eight times with her recent singles.

A representative for Vinny said, “We’re so happy how this song turned out and we can’t wait for everyone to hear it.”

Vinny Vibe is the talented rising star on the US EDM scene that you need to listen to. Join his global social media following today on Twitter, Instagram, Facebook, SoundCloud, and Spotify.

Ready to discover your new favorite song of 2021? Visit https://overdrive.ffm.to/dwbr so you can find out more.